Microsoft is shutting down LinkedIn in China as a result of the “challenges” of complying with Beijing’s censorship rules, and will in its place launch a new site that won’t allow users to share posts.

The career-focused social networking platform had been criticised for censoring posts and profiles from Western journalists that were deemed to be in breach of Communist Party rules.

Microsoft will launch a new version of the site in China called InJobs which “will not include a social feed or the ability to share posts or articles” and thus offer no opportunity to offend Beijing.

I woke up this morning to discover that LinkedIn had blocked my profile in China.

I used to have to wait for Chinese govt censors, or censors employed by Chinese companies in China, to do this kind of thing.

Now a US company is paying its own employees to censor Americans. pic.twitter.com/eRTq4u8rJl

Journalists including Bethany Allen-Ebrahimian, who covers China for online news site Axios, have been informed that their accounts were being censored inside the country “due to the presence of prohibited content”.

It followed an incident in June – which Microsoft blamed “accidental human error” – when its search engine Bing failed to produce any results for the phrase “Tank Man” on the anniversary of the Tiananmen Square massacre.

The censorship notifications sent to journalists prompted outrage, including from Florida Senator Rick Scott who wrote an open letter to Microsoft and LinkedIn describing it as “appeasement”.

Mr Scott, a Republican, wrote: “I am deeply concerned that an American company is actively censoring American journalists on behalf of the Chinese Communist Party.”

Guns on movie sets explained: How did the shooting of Halyna…

In the blog post responding to these criticisms and announcing the shutdown, Microsoft said it “strongly support[s] freedom of expression” but took the approach of censoring posts on its Chinese site “in order to create value for our members in China and around the world”.

Western companies such as Facebook and Google do not operate inside China, although they were invited to in 2017 when President Xi Jinping promised China’s internet would become “more and more open” – although the opposite now seems to be happening. 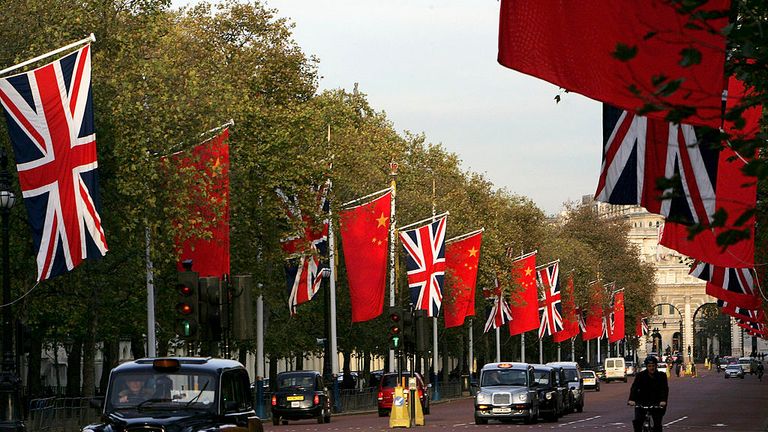 Google had been working on a censored version of its search engine to run inside the country although this was later paused after criticism from politicians and staff.

“While we’ve found success in helping Chinese members find jobs and economic opportunity, we have not found that same level of success in the more social aspects of sharing and staying informed,” Microsoft said.

“We’re also facing a significantly more challenging operating environment and greater compliance requirements in China,” it added before explaining that it would be shutting down the Chinese version of the site.

“Later this year, we will launch InJobs, a new, standalone jobs application for China. InJobs will not include a social feed or the ability to share posts or articles,” the company stated.

Earlier this year Microsoft’s security team warned that a state-sponsored hacking group based in China was indiscriminately breaking into email servers around the world.

The hacking campaign led to the British government accusing the Xi administration of “systematic cyber sabotage” and attributing the attacks to individuals working on behalf of Beijing.

Man receives ‘die or do’ surgery, as doctors in Maryland…