Hospitalizations in several states across the U.S. are reportedly declining, as the omicron variant of the coronavirus continues to drive the daily American death toll up.

In the South, the number of Alabamans hospitalized with COVID-19 has decreased about 5% in the last week.

Statistics from the Alabama Department of Public Health showed 2,805 people were being treated for the illness on Monday; that number is down from 2,961 last Tuesday.

PFIZER COVID-19 VACCINE COULD BE AVAILABLE FOR CHILDREN UNDER 5 AS SOON AS NEXT MONTH: REPORT

While the hospitals are still struggling to manage patients amidst staff shortages, the percentage of people testing positive for COVID-19 dropped to a still-high 36% after exceeding 40% for nearly four weeks straight.

The entire state remains in the danger zone with high levels of community transmission, yet the improvement has some health officials hopeful.

Alabama has the nation’s fourth-highest death rate from COVID-19. 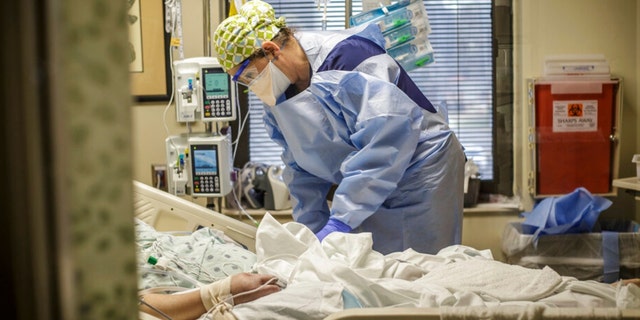 To the north, infections have dropped in Iowa and hospitalizations have fallen about 10% over the course of a week, according to the state’s department of public health.

The state’s seven-day moving average of daily cases fell to around 4,200 from a recent peak of more than 5,500.

However, the number of nursing homes with outbreaks increased and schools have continued to see a significant number of infections.

‘STEALTH’ OMICRON VARIANT BA.2 CIRCULATING IN ALMOST HALF OF US, BUT CDC EXERCISES CAUTION: REPORT

In nearby Illinois, state health officials reported Monday that there was a 26.1% decline in hospitalizations from a week ago, according to Chicago’s Daily Herald.

More than 680 were in intensive care, which Illinois Department of Public Health data shows is 24.4% fewer than the previous week.

Deaths and the state’s seven-day average case positivity rates were also slightly down. 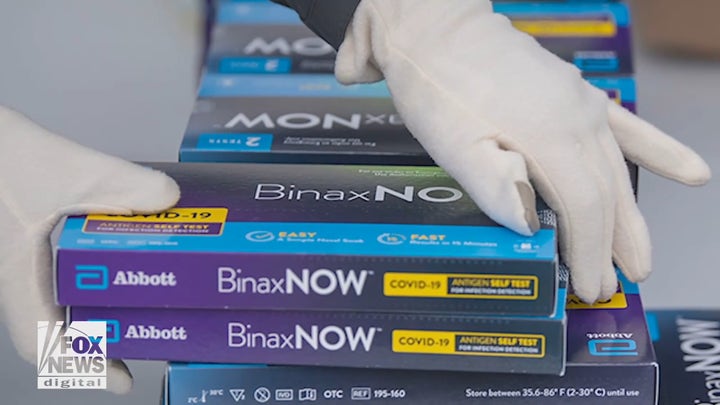 Cases and hospitalizations have fallen in northeastern states like New York and Massachusetts, and the Empire State said in late January that its percent positivity was below 10% for the first time since late December.

New York’s seven-day average was also declining in all regions.

“We’re not going to eliminate that; that only happens with massive vaccination programs like we did with measles and with vaccines. But, we ultimately will control it,” he pledged at a White House COVID-19 response team briefing earlier this month.

In the past day, the U.S. has reported 608,201 new cases and 2,422 new deaths, according to data from the Johns Hopkins Coronavirus Resource Center.

Terror arrests: Pair held in Dover on suspicion of offences linked to…

Brazil deforestation: Number of trees cut down in Amazon reaches…

Climate change will cause more floods and droughts and…