Seeing the hand of Russia behind the misery of migrants on the Belarus-Polish border, as Poland’s prime minister does, may overestimate President Putin’s agency over his rogue Belarusian counterpart and underestimate Alexander Lukashenko’s desire and ability to wreak his own revenge on the EU for its escalating sanctions regime.

What is striking about this latest migrant crisis on Europe’s borders is how frighteningly easy it has been for Minsk to orchestrate.

Hand out tourist visas to Middle Easterners hungry for a future in Europe and they will come, few questions asked.

Through murky connections, presumably to contacts in the Iraqi Kurdish capital of Erbil, the majority flying in over the past few months have been Iraqi Kurds.

Despite EU pleas to shut down direct flights, alternative paths have opened up. The route through hubs like Istanbul to Minsk and onwards EU-bound is now so well trodden the Belarusian authorities need do very little to keep the migrant flows flowing. 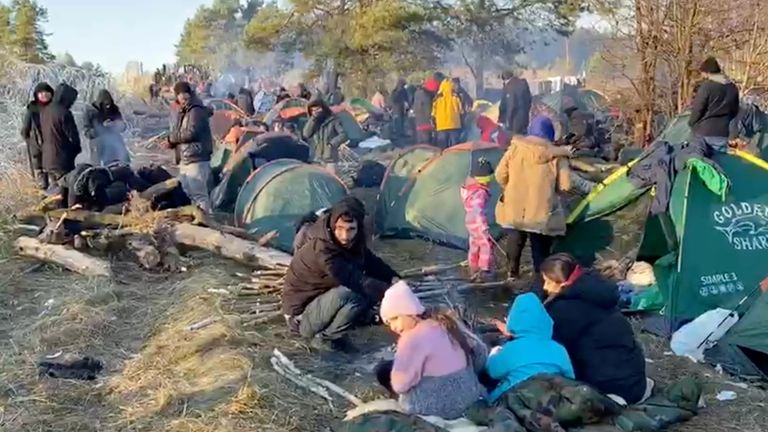 Now though we have reached something of a bottleneck.

Belarusian and Polish troops stand in loose formation opposite one other, hundreds of migrants stranded between them, shots apparently fired in unclear circumstances over the top.

There has been loss of life too, ten migrants reported dead along the Polish-Belarusian border since the summer and temperatures are dropping.

The Poles have declared a state of emergency at the border which means that journalists and aid workers are forbidden from entering within a three-mile radius. On the Belarusian side it is notably just Russian and Belarusian state media broadcasting live. Transparency around an increasingly desperate humanitarian situation is hard to come by.

In a call today with Vladimir Putin, the German chancellor asked him to put pressure on Minsk to alleviate the situation.

President Putin is quite capable of doing this, though it is not clear why he would. He is an arch-opportunist and any situation which exposes chinks in the EU’s armour is one he will happily exploit.

According to the Kremlin read-out of the call, Putin told Angela Merkel the EU should talk with Minsk directly. His Foreign Minister Sergei Lavrov has suggested that the EU should pay Belarus to stop the migrant flows. One can almost imagine them both rubbing their hands with glee.

The message is clear enough – don’t look to the Kremlin to ‘help’ because it won’t. (Unless of course other strategic interests are at play, Nord Stream 2 for example – a crucial subtext of Russian-EU relations at the moment even if it has not been mentioned in this context).

Lukashenko and Putin know each other well. The power dynamics have shifted since last year’s widespread unrest saw the Belarusian leader the most insecure he’s ever been.

But there is no love lost between the two men and Lukashenko has long been prickly on the issue of Belarusian sovereignty vis-a-vis Russia, even as the two countries inch towards closer integration.

“Weaponising” migrants is a low-cost, easy-win situation for Lukashenko and he is wily enough to do it without instruction from the East. 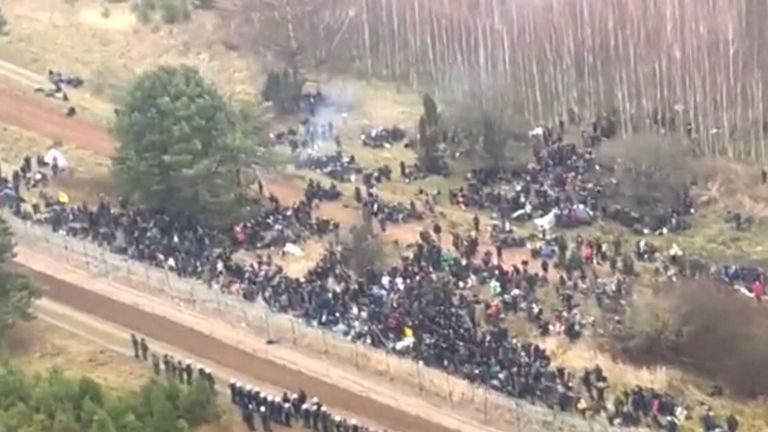 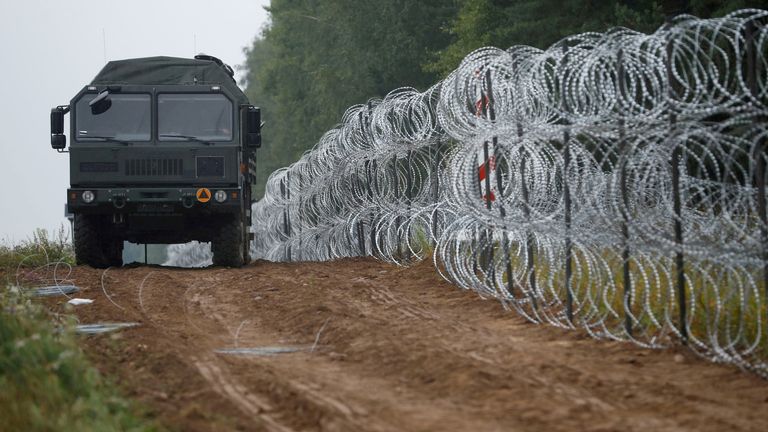 Either way though, this is a dangerous situation. One consequence of last year’s unrest is the establishment of a joint Russian-Belarusian air force training centre in the Grodno region, very close to the crossing where the migrants sit.

On Wednesday, Russia’s Ministry of Defence flew two strategic bombers over Belarusian airspace and made it clear that those patrols would continue.

These are deeply uncomfortable circumstances for the EU, especially with Poland something of a live-wire in the bloc.

As with all volatile border situations, missteps could have grave consequences. Understanding what to do next requires clear-eyed analysis of how this situation has evolved.

Default accusations against Russia must not blind EU states to the danger Lukashenko himself represents. And none of those involved should forget the despair of migrants at the heart of all this, cheated into believing that the EU beckoned, shivering around their campfires in sodden woodland on Europe’s eastern flank.

COVID-19: One of UK’s longest-suffering coronavirus patients confronted by conspiracy theorist in hospital

BBC licence fee announcement ‘will be the last’, culture secretary…

EU Parliament calls for Serbia to change its stance on Russia

Storms in Europe: Girls, 4 and 8, among a dozen killed in Austria,…

Low to moderate stress prepares the mind to deal with tougher, more…

Men with higher testosterone likely to have more than one…