A dangerous, new group of synthetic opioids called nitazenes are rapidly spreading across the U.S.

In Ohio, the state’s Attorney General Dave Yost issued a warning about the prevalence of nitazenes as the Buckeye state saw an increase in the illicit drug.

FLORIDA WARNS OF NEW DRUG MUCH MORE POWERFUL THAN FENTANYL

The drug, nicknamed “Frankestein opioids,” can be 1.5 to 40 times more potent than fentanyl. It is not approved for medical use anywhere in the world but is currently being made in clandestine labs, according to a bulletin from the Ohio Bureau of Criminal Investigation (BCI). 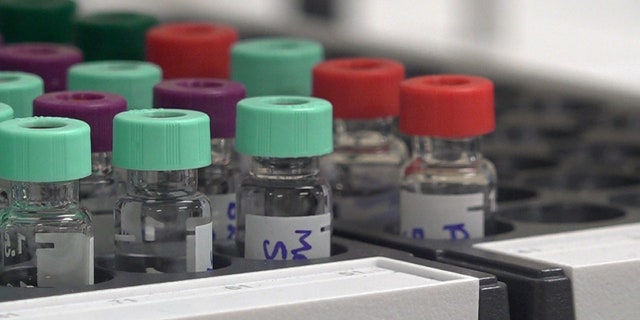 At BCI, forensic experts are sounding the alarm after tracking a year-over-year increase in nitazenes. In the first quarter of 2022, BCI reported 143 nitazene cases in Ohio, up from 27 cases in the same quarter of 2021.

“It’s a spike, something new, frankly something kind of worrisome,” Yost told Fox News. “These things that are produced on the black market and are really in a lot of ways chemistry experiments.”

In some instances, nitazenes are being found in combination with other drugs, primarily fentanyl and fentanyl pharmacophores, but also tramadol, cocaine, heroin, methamphetamine and PCP analogs. 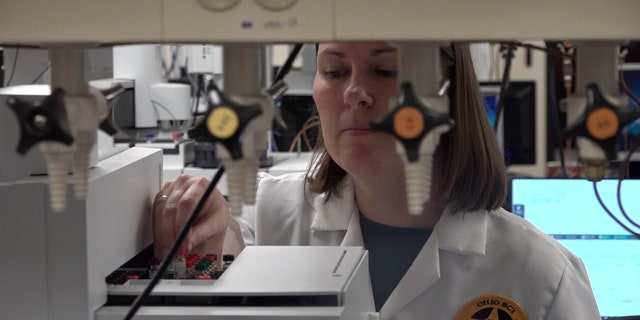 In some instances, nitazenes are being found in combination with other drugs, primarily fentanyl according to the Ohio Bureau of Criminal Investigation.
(Stephen Goin)

“Frankenstein opioids are even more lethal than the drugs already responsible for so many overdose deaths,” Yost said in an April 20 statement. “Law enforcement and the public need to pay attention to these emerging hazards.”

In April, Ohio outlawed nitazenes and in December the DEA issued a notice of intent to classify nitazenes as Schedule I drugs. However, experts warn those efforts may not be enough to keep nitazenes off the street.

“Because that’s what dealers are looking for, drugs that are very potent but at the same time harder to identify,” said Dr. Nora Volkow, Director of the National Institute on Drug Abuse.