Gracie Gold lives up to her name as she stuns last night’s crowd with her gutsy performance at the United States figure skating national championships, according to NBC Sports.

She burst onto the figure skating scene as a teenage skating prodigy in 2014, known by her red lipstick and characteristic blonde bun that was as bright as her effervescent personality, but her Olympic dreams faded three years later as she slipped into severe depression and an eating disorder in a dark Michigan winter, according to 2019 New York Times report. 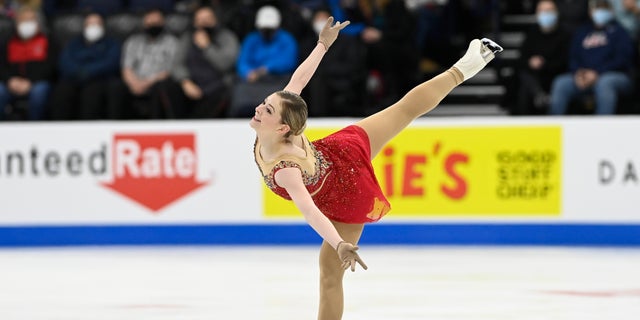 “I was suicidal for months,” Gold told the Times, adding, “If I had just continued the way I was in Detroit, I’d probably be dead.”

Isolated, she slept for 24 hours at a time, then stayed awake for three consecutive nights, noting she kept her lights off so much that her electric bill was not even $20 one month, imaging if she took her life that nobody would even know until her landlord would collect the overdue rent, according to The Times.

The two-time U.S. national champion and 2014 Olympic bronze medalist entered mental health treatment in 2017, missed the 2018 and 2019 national championships, and struggled just to qualify for the last three seasons, according to NBC Sports. 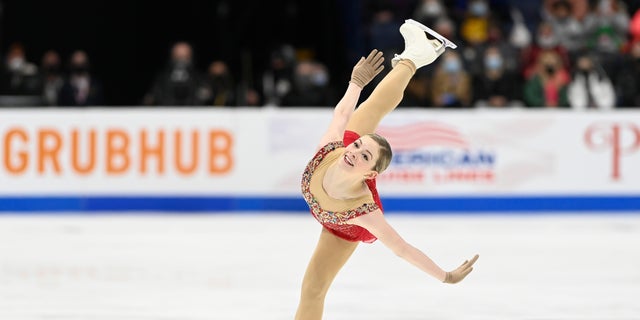 But after undergoing the treatment she needed, Gold vowed to skate again. “I think the biggest regret would be looking back and seeing all of the moments I didn’t care about or cherish because I was focused on making money or losing weight,” she said.

But her smile said it all Friday night after she nailed her 2-minute, 40-second program routine as the Bridgestone Arena crowd erupted on its feet for her comeback performance.

“It was really amazing, just a huge emotional moment on so many levels,” she said. 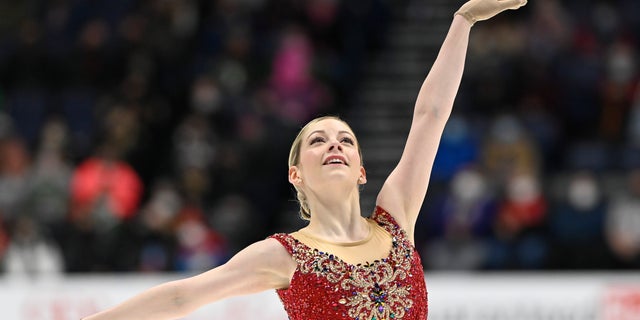 It was the first time since 2014 that she skated a clean program without any mistakes, according to USA Today.

“As far as I was concerned, every jump was going up, we were rotating, and we were coming down as practiced,” she told the news outlet.

IS ANTONIO BROWN’S MELTDOWN A MENTAL HEALTH CRY FOR HELP?

Although she finished tenth overall at the Nashville championships, she was thrilled by her skate.

“My mom always said I have a case of the `mores,’ that I wanted one more of everything,” Gold noted. “(But) I’ve stopped making plans. Nothing has gone to plan, and the last four years of my life have been crazy in both really good and really bad ways.”

Contact the National Eating Disorders Association at 1-800-931-2237 or go to NationalEatingDisorders.org if you or someone who know is struggling with an eating disorder.

COVID-19: Leap in interest for holidays as testing restrictions are relaxed