Data from the Centers for Disease Control and Prevention (CDC) showed Tuesday that the omicron variant of the coronavirus is now responsible for 99.5% of U.S. cases.

The agency shows that there have been more than 65 million confirmed cases in the U.S. and more than 847,000 deaths.

According to the Johns Hopkins University Coronavirus Resource Center, America has reported 717,874 new cases and 1,122 deaths in the past day. The university’s count shows the U.S. at 66 million confirmed cases and 851,000 deaths.

All this comes as hospitalizations in the eastern U.S. have fallen – slowing where the variant first hit – and jumped in other regions.

Four hospitals in Oklahoma City reported Monday that they have no intensive care beds available. 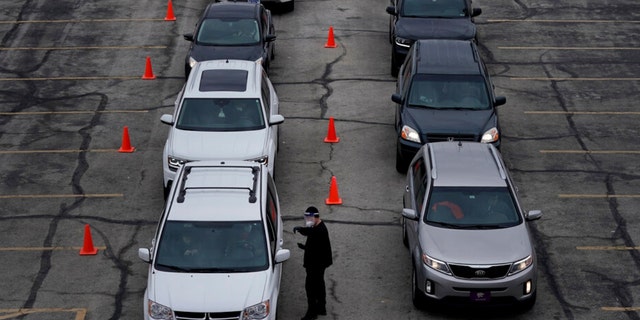 For the week ending Sunday, West Virginia reported more than 20,200 positive COVID-19 cases, 18% higher than the record of about 17,100 confirmed cases set the previous week.

Live: Lawmakers give Putin permission to use force outside…

In western Michigan, jury trials in some counties have been paused due to a surge in cases.

Two large school districts in Kansas canceled classes this week due to a surge in cases among staff and students.

COVID TESTING: WHAT TO KNOW

While some have speculated about when the variant would peak, scientists warn that omicron’s hold on the nation nearly ensures it won’t be the last COVID-19 variant of concern.

“It’s the longer, persistent infections that seem to be the most likely breeding grounds for new variants,” Dr. Stuart Campbell Ray, an infectious disease expert at Johns Hopkins University, previously told The Associated Press. “It’s only when you have very widespread infection that you’re going to provide the opportunity for that to occur.”

While nearly 75% of the eligible U.S. population are vaccinated, many are still not. 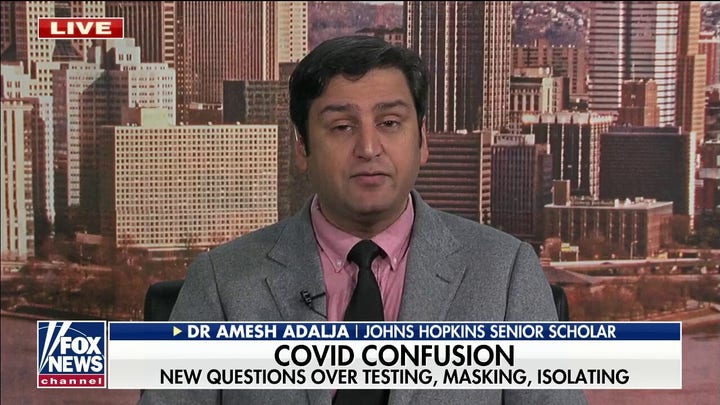 The CDC reports 79.7 million have received a booster shot and are currently “up to date” on their vaccines.

In an effort to deal with the spread, the Biden administration announced last week that it would send medical teams to six states – New York, New Jersey, Ohio, Rhode Island, Michigan and New Mexico – to help hospitals overwhelmed by COVID-19, and White House Assistant Press Secretary Kevin Munoz tweeted that more than 14,000 National Guard members had been activated in 49 states since Thanksgiving to support the effort.

The CDC also issued updated mask guidance, writing to encourage Americans to consider the more protective N95 and KN95 respirators, and President Biden announced that his administration was planning to make “high-quality masks,” including N95s, available for free.

This week, the White House’s effort to distribute free, at-home, rapid tests will be live – and is in its beta phase – and Americans can sign up for four of the first batch of 500 million at COVIDtests.gov or at special.usps.com/testkits.

Roberta Metsola vows to ‘stand up’ for EU after election win

COVID-19 vaccine trial participants report side effects even with placebos

Could social media firm Meta have alerted authorities about the Texas…