Patients with serious conditions ‘at risk’ due to record ambulance delays, paramedics warn

Patients are “at risk” from record ambulance delays as average wait times for callouts to potentially serious conditions are more than twice the national standard, paramedics have warned.

NHS England figures show the average response time to Category 2 calls, which include stroke and other emergencies, was more than 45 minutes in September, compared to a target average of 18 minutes.

The data, released in October, shows response times for all categories are the longest since data was first collected in England in April 2018.

It has led one paramedic to warn his colleagues “have never before experienced anything like this at this time of the year”.

There have also been problems elsewhere in the UK, with the Scottish Police Federation saying officers have driven patients to hospital and the military brought in to ease the strain on the system in Wales.

Meanwhile, figures show targets are being missed for the most serious – or Category 1 – calls, with the standard of an average of seven minutes missed, with an average response time in England of nine minutes and one second in September. 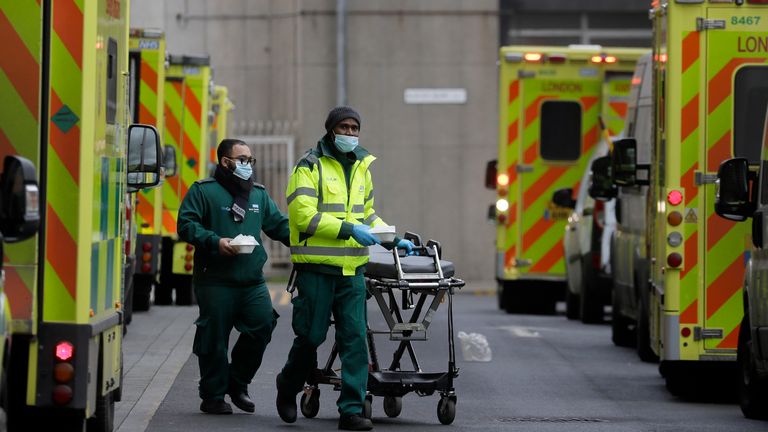 Hundreds of Earthlings descend on Area 51 after internet…

Martin Flaherty, managing director of the Association of Ambulance Chief Executives (AACE), said delays are partly due to the need to maintain social distancing in emergency departments “alongside the unprecedented pressures in the whole urgent and emergency care system at present”.

In October, he said: “AACE remains extremely concerned about the unprecedented levels of hospital handover delays which are occurring across the UK.

“These have increased significantly since April resulting in long waits for patients to be admitted to emergency departments and a reduction in our ability to respond to patients in the community.”

He added: “We are especially concerned about the numbers of delays of over 60 minutes which is where we believe most of the harm associated with these delays occurs.”

Richard Webber, of the College of Paramedics and a working paramedic, told the BBC: “We have members who have been working for 20, 30 years, and they have never before experienced anything like this at this time of the year.”

He added: “Every day services are holding hundreds of 999 calls with no one to send.

“The ambulance service is simply not providing the levels of service they should – patients are waiting too long and that is putting them at risk.”

Clean energy program likely to be dropped because of…