Paul Pogba: What do we know about the extortion investigation?

Paul Pogba says he has been the victim of "threats and extortion attempts by organised gangs".

An armed extortion gang, a witch doctor, and a scandal that has sent familiar whispers across France.

French prosecutors have confirmed that they are investigating claims by World Cup-winning footballer Paul Pogba that he has been targeted by organised gangs for millions of euros.

The affair — seemingly stemming from a family dispute — has generated a great deal of online conversation.

It became public on Saturday when Mathias Pogba — Paul’s older brother — shared a video on TikTok.

In a recorded statement in four different languages, Mathias threatened to share “explosive” revelations about his brother and Paul’s new agent Rafaela Pimenta.

“[The public] deserves to know certain things in order to make an informed decision as to whether he [Paul Pogba] really deserves admiration, respect, a place in the French national team, and whether he is a person worthy of trust,” Mathias said.

The “revelations” include the bizarre claim that Paul Pogba allegedly hired a “marabout”, or an African witch doctor, to supposedly cast a spell on his teammate and French football star, Kylian Mbappe.

In a subsequent Twitter thread, Mathias Pogba repeated his unsubstantiated claims, stating that “everything is true and proven, the marabout is known.”

French law does not recognise any offence of hiring a witch doctor. Paul Pogba has denied the allegations. 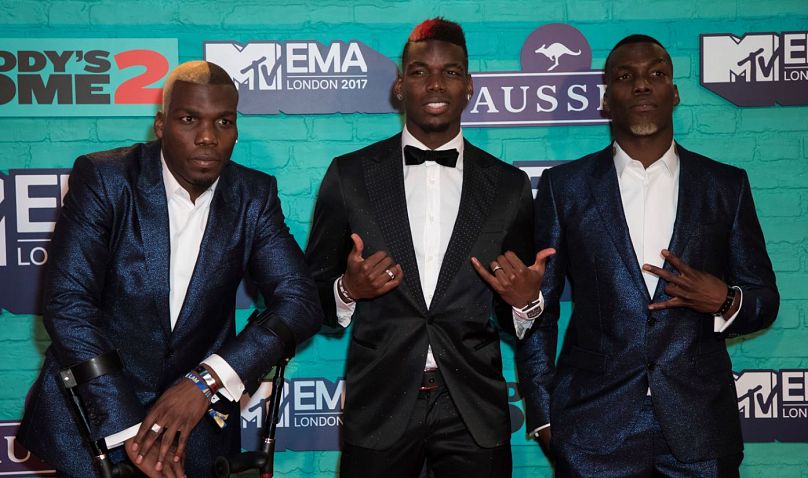 Paul Pogba returned this summer to Juventus after six seasons at Manchester United and has enjoyed a glittering career of several major trophies. Brazilian lawyer Rafaela Pimenta became Pogba’s agent after the death of Mino Raiola.

By contrast, Mathias Pogba — three years older than Paul — has spent most of his football career with lower-tier teams in Europe. Florentin — Mathias’ twin — is also a professional footballer and both have regularly been seen at French international games to watch their younger brother in action.

Paul is also one of the main donors to 48 H POUR, a charity established by Mathias to help provide drinking water and education for children in Guinea, where he and Florentin were born.

It is unclear why the relationship between the brothers now seems to have deteriorated, with Paul’s mother Yeo Moriba supporting her youngest son’s denial.

“My little brother who is finally starting to show his true colours,” Mathias Pogba wrote on Twitter on Sunday, “It’s not about the money.”

“You got me involved against my will, I almost died because of you, you left me in the hole and you want to play innocent, when all is said and done people will see that there is no one more cowardly, more treacherous and more hypocritical than you on this earth.”

What has Paul Pogba said?

After the initial video was shared online, the 29-year-old World Cup winner issued a statement, signed by his lawyers, his mother and Pimenta. It stated that his older brother’s discrediting statements were “unfortunately not a surprise”.

“They come in addition to threats and extortion attempts by organised gangs against Paul Pogba. The relevant authorities in Italy and France have been notified a month ago and there will be no further comment in relation to the ongoing investigation.”

Paul Pogba claims that an organised gang, involving close friends and his brother Mathias, has been demanding €13 million from him.

The group is said to have repeatedly intimidated Paul Pogba in recent months, claiming that they had protected him for years and that he didn’t support them after he became an international footballer.

On Tuesday, a French official close to the investigation told The Associated Press that money had already transferred hands.

Paul Pogba reportedly told investigators that he paid the group €100,000 in April after he was threatened by masked, armed men with assault rifles in a Paris apartment in March, while he was in France for national team matches.

French media have also reported that the group made demands of Paul at the Turin training centre of his current club Juventus and at his previous team in Manchester. In one of these incidents, Paul said he recognised his brother, Mathias, according to France-Info.

The Paris prosecutor’s office confirmed that it opened an investigation on August 3 into attempted organised extortion, which is being handled by anti-corruption police. 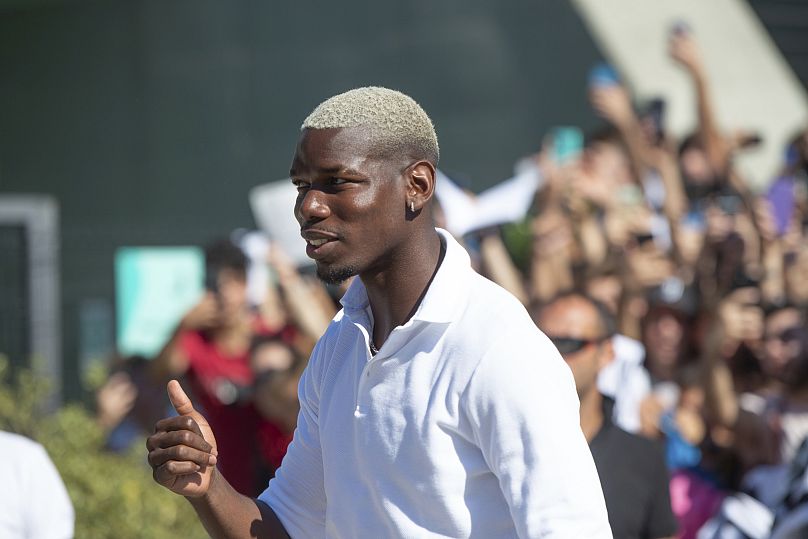 Paul Pogba returned to Juventus from Manchester United this summer.LaPresse via AP

Blackmail and extortion in football

Paul Pogba is not the first renowned footballer who claims to have been extorted by relatives or close friends.

In 2018, former Togo international footballer Emmanuel Adebayor told a Canal+documentary that he had been the victim of extortion by his family, saying that the matter had pushed him to the brink of suicide.

Following this week’s matter, the French professional footballers’ union (UNFP) is now trying to alert and remind players that they can become “prime targets” for racketeering “vultures” due to the vast amount of money in modern-day football. Players.

UNFP director general Philippe Lafon told AFP that the pressure on footballers has increased with social media, where images can “go around the world in 30 seconds”.

Mbappe, for his part, has not responded and has not commented on the “witch doctor” rumours.

The president of the French Football Federation, Noel Le Graet, has downplayed the affair as “just rumours”, just four months before the World Cup.

In 2016, both Karim Benzema and Mathieu Valbuena were omitted from the French national team ahead of a major tournament, after Benzema was accused of conspiring to blackmail his international teammate over a sex tape in 2015.

Benzema was last year sentenced to a one-year suspended prison term and handed a €75,000 fine.

Meanwhile, two Paris Saint-Germain teammates Kheira Hamraoui and Aminata Diallo were targeted by masked men in November, which left Hamraoui with leg injuries. Diallo was initially questioned on suspicion of involvement, prompting shock in the media, but was eventually released.

The matter disrupted Paris Saint-Germain’s season, as they failed to retain the Division 1 Féminine title. That investigation is ongoing and now focuses on an alleged extramarital affair between  Hamraoui and former French footballer Eric Abidal.

With this large-scale Pogba family scandal making headlines, French football officials will be hoping that this affair does not derail the national side’s attempts to retain the World Cup in Qatar this winter.

Eurozone annual inflation hits a record at 9.1% in August

Brexit: EU offers to cut 80% of GB-Northern Ireland checks on some…