People Just Do Nothing’s Allan Mustafa and Hugo Chegwin on the climate crisis: ‘We don’t have to all be Greta Thunberg’s level – but we can make small changes’

David Attenborough has warned us. Scientists have long been warning us. Prince Charles has warned us, and Greta Thunberg and even Leonardo DiCaprio, too.

Now, it’s the turn of Allan “Seapa” Mustafa and Hugo Chegwin – better known as everyone’s favourite pirate radio broadcasters MC Grindah and DJ Beats, from Brentford’s Kurupt FM and the hit, BAFTA-winning mockumentary series People Just Do Nothing – to step up and raise awareness of the climate crisis facing the planet.

The pair recently released a special edition of their podcast, Chattin’ Sh*t, to highlight the problem, and say they want to encourage others who might feel overwhelmed by the noise to find out more about the small changes everyone can make. 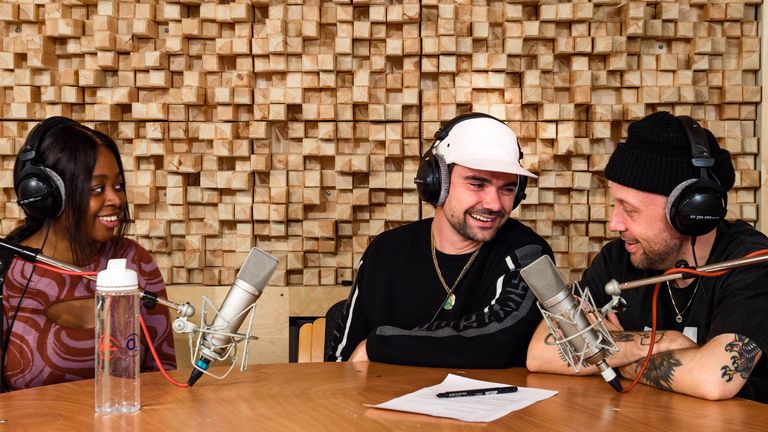 Speaking to Sky News, they are the first to admit they might be unlikely poster boys for the issue, but hope they can perhaps offer a different perspective to the politicians and experts who made headlines during the COP26 summit.

“It was a good opportunity to actually learn ourselves and make [the discussion] slightly more relatable,” says Mustafa, on recording the podcast. “In my circle, anyway, it’s not a subject that you sit and talk about, but you do realise that you have to make little changes – like people using metal bottles now, not using plastic. There’s all these little things that it’s just generally become part of normal everyday culture to think about more.”

Chattin Sh*t To Save The Planet features the pair talking to Gen Z climate activist Francisca Rockey and learning about the effects of everything from fast fashion to food consumption. The episode came about following research by Virgin Media O2 and environmental charity Global Action Plan, which found that many young people – and young men in particular – feel excluded from the conversation on climate change or are reluctant to engage online, as they don’t feel knowledgeable enough to get involved or worry about being judged for their views.

“I just feel like you’ll never learn unless you try to talk about it. And it’s not [necessarily] about making a conscious effort to sit down and stage a conversation, but just making it a normal thing that’s part of your everyday life so you start talking about it naturally.”

Chegwin admits to having been “naive” about climate change in the past, and in the episode is subject to some teasing from Mustafa about changing his habits.

Over Zoom, he proudly holds his metal water bottle aloft. “It’s small changes,” he says. “It’s getting an understanding. I’m naive to all of this stuff but now I do want to make a conscious effort. I do recycle.” 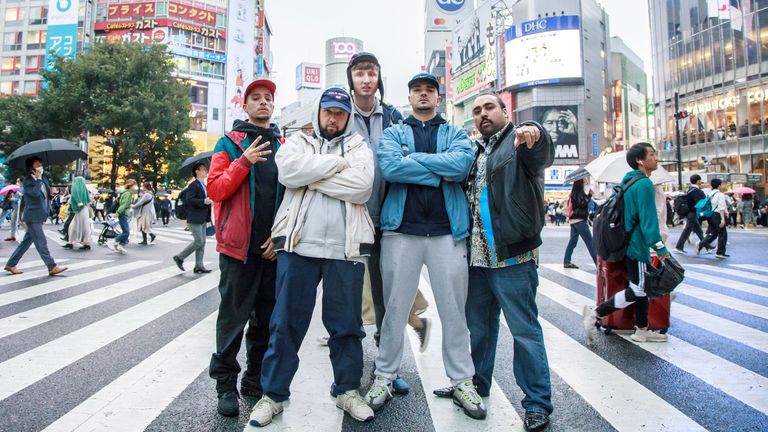 “We joke about the fact that Hugo doesn’t care and I do,” says Mustafa. “Obviously that’s just two best mates like terrorising each other. Really and truly, we’re both learning at the same time and trying to do what we can.”

But it’s this kind of conversation that is likely to encourage people who might feel they cannot relate to politicians and scientists, or feel preached to by mega-rich stars for whom money is no object.

“I think it’s good for anyone to talk about it,” says Mustafa. “But when you put the news on you [can] feel like you’re getting ploughed with all this information in a language that’s almost designed to alienate people, that’s what I don’t like. That’s what makes it sound like this [issue] that doesn’t relate to us, but it’s not – it’s something that humans have been doing to destroy the Earth slowly, and we are part of that, so we need to look at that and talk about it.”

Hopefully, Chegwin says, they can get the message across to an audience that may not otherwise be engaging. “We don’t all have to be on Greta [Thunberg’s] level,” he says.

“It’s a massive problem that’s affecting all humans,” says Mustafa. “You shouldn’t have to have PhD-level information just to talk about it, but that’s sometimes how you’re made you feel.” 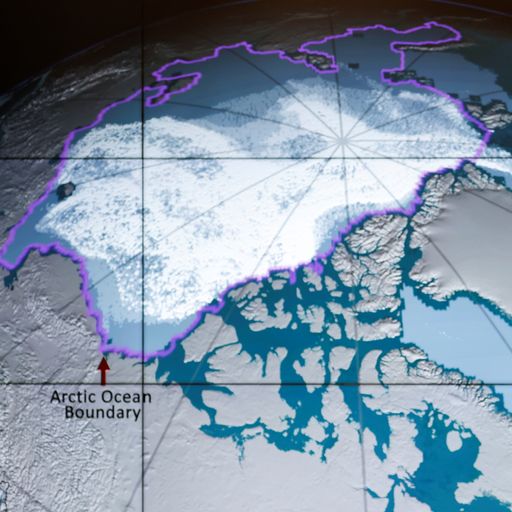 What are the key agreements from the COP26 climate summit?

When Chegwin posted details of the podcast to almost 100,000 followers on his Instagram account, one of the first comments that comes up underneath falsely claims that “climate change is a scam”.

Climate change is undeniable, says Chegwin. “It’s obvious. There’s fires, the weather is… the seasons are dramatically different. I don’t think that’s a conspiracy. Unless [the government] has got a weather weapon, which I doubt.”

So what advice do the People Just Do Nothing stars give?

“It’s the obvious, really, like recycling,” says Chegwin. “Be conscious of plastic use, also things like fast fashion – don’t feel pressure from Instagram, the online world, that you can’t wear the same clothes again.”

“We’re not the all-knowing gods on this subject,” says Mustafa. “So start looking into it yourself, you know? But it’s stuff like, cycle when you can, walk… plastic is a huge [issue], just be conscious of it.

“I think it’s just little things that you can do, but I say make your own education on it, man. This is just a gateway.”

Chattin’ Sh*t To Save The Planet with Virgin Media O2 is available now on Apple, Acast and Spotify