Employees of Democrats' Party use a fire extinguisher against protesters who try to invade at the headquarters in Tirana, Albania, Saturday, Jan. 8, 2022.

Hundreds of protesters stormed the headquarters of Albania’s main opposition party amid an internal battle over the party’s leadership.

Police intervened with a water cannon and tear gas to push protesters away from the centre-right Democratic Party’s headquarters.

A group led by former party leader Sali Berisha used iron bars and hammers to break open the main doors of the building while party staff used tear gas to try to prevent them from breaking in before the police intervened at the party’s request.

“Today the Democrats and Albania’s democrats will turn the bunker of hostage (Lulzim) Basha into their house of freedom,” Berisha said, pledging to continue the protest. 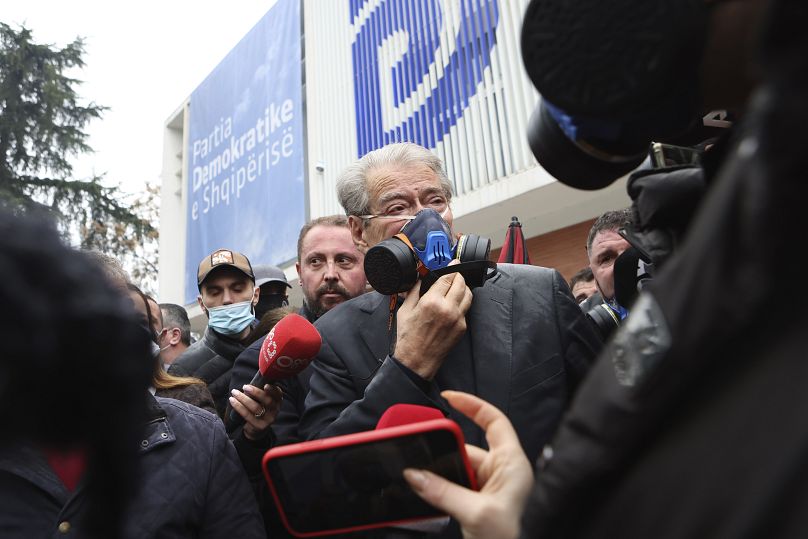 ormer leader of the main opposition Democratic Party Sali Berisha makes statements as their supporters try to invade at the headquarters of Democrats’ Party in Tirana, AlbaniaFranc Zhurda/AP Photo

The party in a statement said that “today’s acts of violence against the Democratic Party mark Sali Berisha’s final isolation and a shameful move out of the political scene.”

At least one civilian and one police officer were “slightly wounded,” according to Lorenc Panganika, the head of police in Tirana.

Basha fired Berisha from the parliamentary group in September following US Secretary of State Antony Blinken’s statement that Berisha’s “corrupt acts” as prime minister between 2005 and 2013 had “undermined democracy in Albania.

The European Union office in Tirana condemned the violence; Albania is waiting for the EU to launch the full membership negotiations.

COVID-19: Leap in interest for holidays as testing restrictions are relaxed

‘It’s over’: months of protests force Serbian government to scrap…

Briton reveals life on quarantined ship: ‘At 3.30am there was a…

COVID-19: Heathrow pleads for US to ease travel restrictions…