The coffin of Queen Elizabeth II is carried into Westminster Abbey for her funeral in central London, Monday, 19 September 2022.

The United Kingdom and the world are saying their final goodbyes to Queen Elizabeth II.

Her state funeral, which will take place at Westminster Abbey, has drawn presidents and kings, princes and prime ministers from across the world.

Follow the latest updates, below, or watch Euronews TV coverage in the video player, above.

Adele on her latest track, trying to plan her world tour and…

Some 2,000 mourners, including a number of world leaders, were in attendance.

A final service to be held at Windsor Castle at 17:00 CEST

The Queen will be buried at Windsor alongside her late husband, Prince Philip

In recent days, hundreds of thousands queued for hours to view Queen’s coffin in Westminster Hall

What to expect from Britain’s state funeral for Queen Elizabeth

From Churchill to Trudeau, the Queen’s extraordinary reign in pictures

Who will have which royal title now Queen Elizabeth II has died? 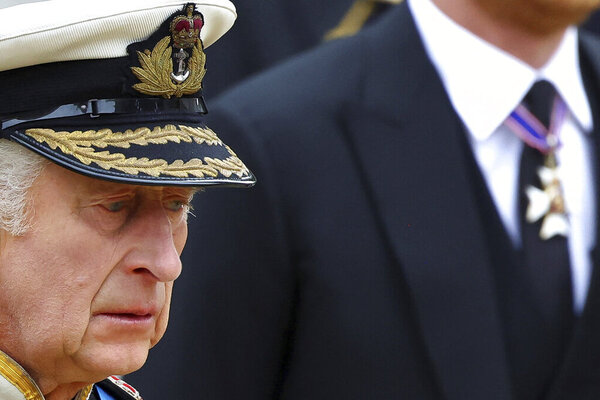 “God Save the King” is playing now after the procession with Queen’s coffin draped in the Royal Standard arrived at Wellington Arch.

The coffin was previously carried from the gun carriage and placed in the state hearse, which will drive Elizabeth II to her final resting place in Windsor.

From London to Windsor: The next journey for the cortege

The funeral procession is making its way past Buckingham Palace to Hyde Park Corner, where the coffin will be transferred from the gun carriage and put in a hearse.

From there, the hearse will drive west to Windsor Castle where there will be a private ceremony later for members of the Queen’s family and she will be laid to rest.

The famous Big Ben bell is striking with muffled chimes during the procession of the Queen’s coffin from Westminster Abbey to Hyde Park Corner.

The tower where Big Ben is, was renamed Queen Elizabeth Tower for her Diamond Jubilee in 2012.

The coffin of Queen Elizabeth II has now left Westminster Abbey, carried past the mourners, and accompanied by her children King Charles, Princess Anne, Prince Andrew and Prince Edward.

It will now be carried in a walking procession, on the same gun carriage that was used to carry the coffin of her father George VI and Queen Victoria, a short distance through the streets of London where tens of thousands of mourners are lining the streets hoping to catch a glimpse of the queen on her final journey.

Mourners at Westminster Abbey observed two minutes of silence and then sang the national anthem.

And now a lone piper plays a lament on the bagpipes.

The Queen was “an inspiration of trust and faith in God,” Archbishop of Canterbury Justin Welby pointed out in his sermon.

“We will all face the merciful judgement of God. We can all share the Queen’s hope which in life and death inspired her servant leadership,” the Archbishop of Canterbury said.

The service continued with a prayer for King Charles III and the Royal Family, “so they know the mercy of God”. 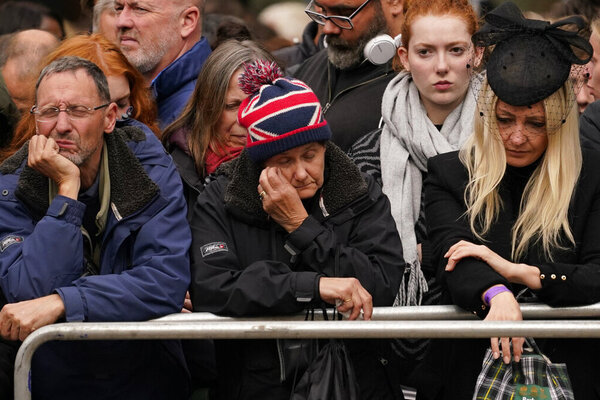 Members of the public listen to the funeral service of Queen Elizabeth II in central London. (AP Photo/Alberto Pezzali)

Queen’s funeral: Hearse with Elizabeth II’s coffin is on its way to Windsor Castle

Israeli child diagnosed with polio; first case there in…