Keepers at Yorkshire Wildlife Park, in Doncaster, became concerned after noticing one of Sisu’s three-inch canine teeth was broken.

The three-year-old polar bear was operated on for an hour by animal dentist Dr Peter Kertesz to clear the infected root canal to prevent an abscess from growing. 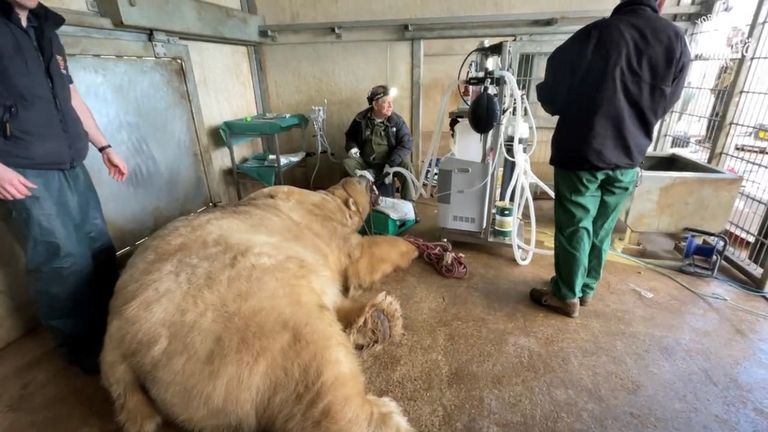 What happens when a Polar Bear has tooth ache? He goes to the dentist of course! 🐻‍❄️🦷 Step behind-the-scenes to watch Sisu the Polar Bear make his very first visit to the see dentist! 🐾 pic.twitter.com/Oe8GLGxGSQ

Dr Kertesz said the 600kg animal will now have a “pain and infection free tooth for the rest of his life”.

He said: “It was wonderful that the keepers have been so observant and attentive to the animals, and noticed this.

“I was glad we operated swiftly because a broken tooth can lead to severe infection and be very painful.”

Dr Kertesz carried out the tooth root filling along with dental nurse Monika Mazurkiewicz and a vet specialised in the use of anaesthetics. 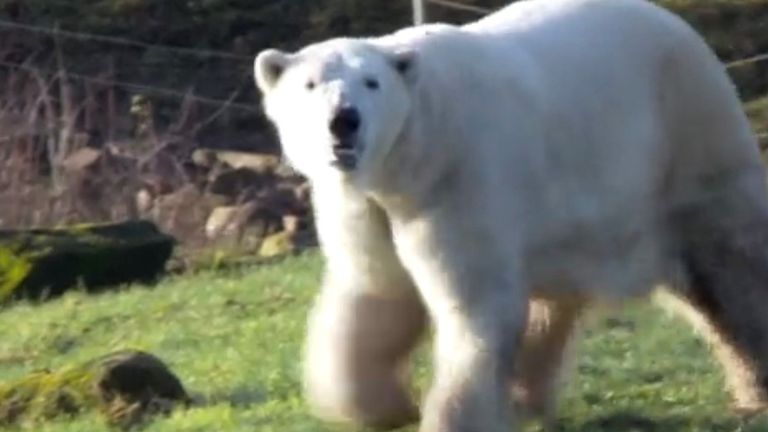 He added: “It was a standard procedure, where we cleaned out the infected root canal of the canine tooth, which was over three inches long, and filled it.

“Sisu will now have a pain and infection free tooth for the rest of his life.

“After the operation, Sisu was standing very quickly, but he was kept in his den to recover fully.”

The park’s official Twitter account posted a video of the operation along with the caption: “What happens when a Polar Bear has tooth ache?

“He goes to the dentist of course! The wildlife park is known for being the home of a number of polar bears.

One of the polar bears named Flocke delighted animal lovers after being pictured with three new cubs back in June this year.

Last year, the park also said goodbye to the country’s oldest polar bear, Victor, who died at the age of 22 after developing terminal kidney failure.

Alec Baldwin film shooting: The crew members on set as actor fatally shot cinematographer – and what they said happened

Rise in national living wage may not be an early Christmas present, but it will be welcomed by many low-paid workers

Post-Brexit fishing rights row: UK and France both being hurt by dispute