Turning off all lights and drawing the curtains before hitting the bed may help protect your health, according to a recent study out of Northwestern University that was published in the Proceedings of the National Academy of Sciences.

“These findings are important particularly for those living in modern societies where exposure to indoor and outdoor nighttime light is increasingly widespread,” senior study author Dr. Phyllis Zee said in the release. 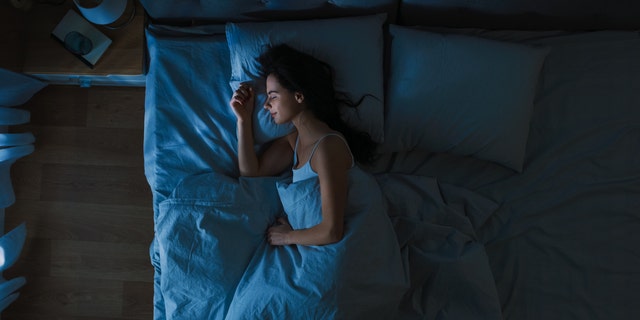 Woman sleeping in her bedroom at night.
(iStock)

Researchers found exposure even to moderate ambient light while sleeping, compared to sleeping in a dimly lit room, is harmful to your cardiovascular function during sleep and can increase your insulin resistance the following morning, according to a release about the Northwestern Medicine study.

“The results from this study demonstrate that just a single night of exposure to moderate room lighting during sleep can impair glucose and cardiovascular regulation, which are risk factors for heart disease, diabetes and metabolic syndrome,” Zee, who is also the chief of sleep medicine at Northwestern University Feinberg School of Medicine, said in the release. The Northwestern Medicine physician also said, “It’s important for people to avoid or minimize the amount of light exposure during sleep.”

The authors of the study said up to 40 percent of individuals sleep with a light on in the bedroom or keep the television on. They also said exposure to artificial light during sleep is common, whether it is from a light–emitting device or a source outside the home, especially in large urban areas.

STROKE RISK: WHAT TO KNOW

The researchers tested the effect of sleeping with 100 lux (moderate light) compared to 3 lux (dim light) in participants over a single night. Zee’s research team discovered that moderate light exposure while sleeping caused the body to go into a higher alert state. The researchers explained in the release that this heightened state caused an increase in heart rate and blood flow in the participants’ vessels and increased the force with which the heart contracts. 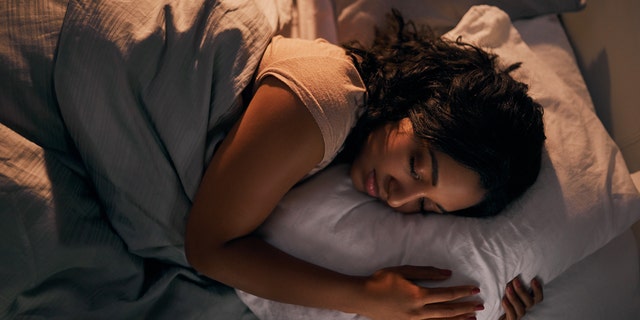 Sleep is a key part of a healthy life
(iStock)

According to the study, evidence has shown that exposure to light during the daytime hours, increases an individual’s heart rate by activating the sympathetic nervous system, contributing to a heightened awareness. The sympathetic nervous system is also known as the “fight or flight” system and helps an individual face challenges or avoid danger, health experts told Fox News.

“Our results indicate that a similar effect is also present when exposure to light occurs during nighttime sleep,” Zee said in the release. The researchers found that a person’s body cannot rest properly in a lighted room and the individual’s heart rate increased even in a moderately lit room.

Co-first author Dr. Daniela Grimaldi, who is a research assistant professor of neurology at Northwestern, said in the release, “Even though you are asleep, your autonomic nervous system is activated. That’s bad. Usually, your heart rate together with other cardiovascular parameters are lower at night and higher during the day.”

THYROID CANCER: WHAT TO KNOW, ACCORDING TO EXPERTS

The investigators also found insulin resistance occurred in the lighted room participants. This is where a person cannot properly utilize glucose from their blood for energy because the cells in the muscles, liver and fat do not respond to insulin appropriately. The pancreas then must make more insulin and over time and the individual’s blood sugar goes up, the release said. 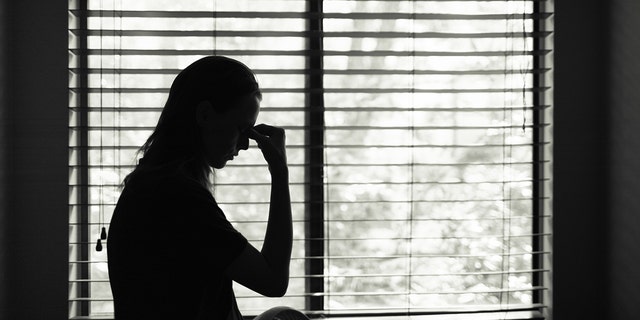 “In addition to sleep, nutrition and exercise, light exposure during the daytime is an important factor for health, but during the night we show that even modest intensity of light can impair measures of heart and endocrine health,” Zee said in the release.

The researchers suggested these tips for reducing light while sleeping:

Turn lights off. If you must have a light on (which older adults may want for safety), use a dim light to the floor.Use an amber or a red/orange light. It is less stimulating for the brain. Avoid using a white or blue light and keep it far away from the sleeping person.Use blackout shades or eye masks if you cannot control the outdoor light. Move bed to keep the outdoor light from shining on your face.

In addition, if you are wondering if your room is too light, Zee offered this advice, “If you’re able to see things really well, it’s probably too light.”

Debunking the most viral misinformation about Russia’s war in Ukraine

George Clooney on growing old, putting on a suit again, and…