The NATO Summit in Madrid has attracted a lot of international attention to its host country, Spain. But it has also become the focus of online misinformation.

While some of the false claims may be spread to sow distrust and tensions within the alliance, others are simply photos or claims that have been taken out of context.

Some social media users have falsely claimed that Prime Minister Pedro Sánchez has been given a sideline role, although Spain is hosting the event. 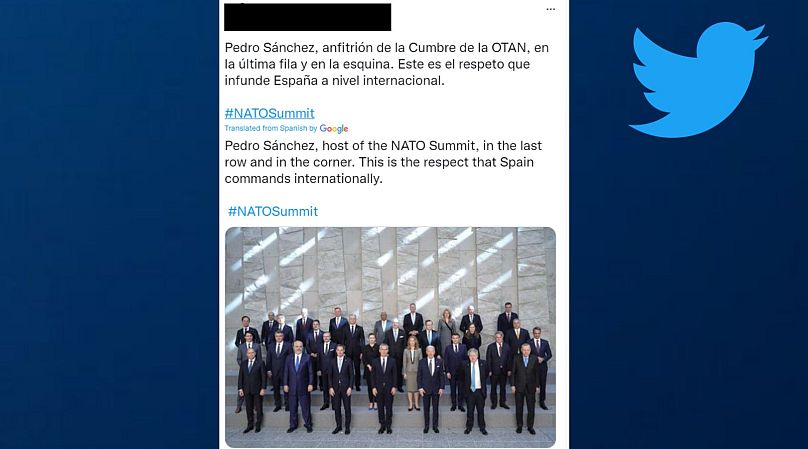 In this allegedly official photo from the summit, Sánchez is seen standing in the corner as well as in the back.

However, this photo is misleading because it is not from the summit in Madrid.

Using a reverse image search, Euronews has found that this photo was taken at another NATO summit back in March 2022 in Brussels to discuss Russia’s invasion of Ukraine.

In the actual photo of the event held in Madrid, Sánchez is in the front row next to the Secretary-General of NATO, Jens Stoltenberg. 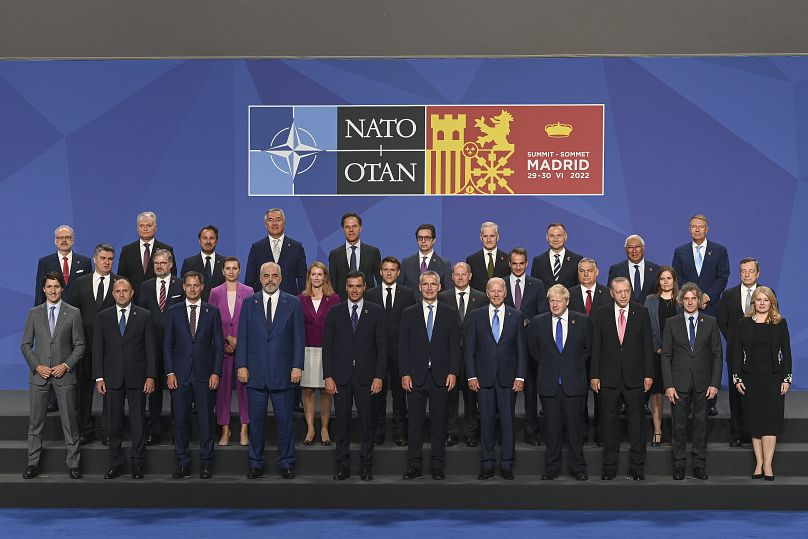 Another example of a false claim that has circulated on social media is that Spain has declared a state of emergency due to the NATO event. 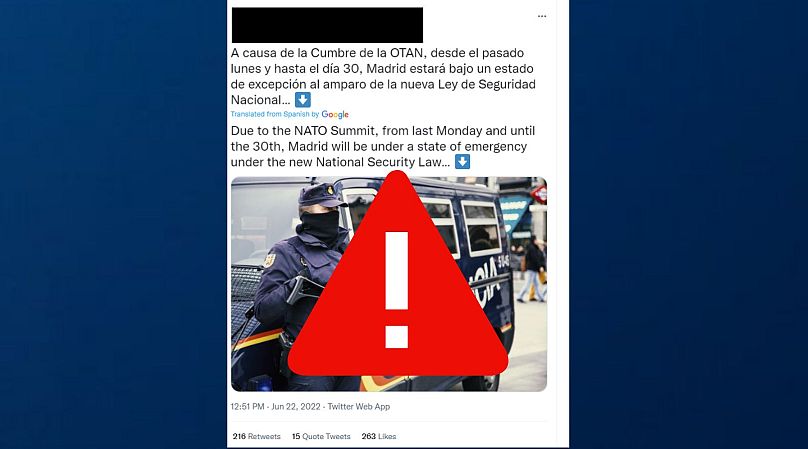 In addition, these posts state that a new National Security Law will prohibit any protests and even tap into private citizens’ communications.

However, according to Spanish law, any state of emergency in the country must be approved by the Congress of Deputies.

It must then be published immediately in the Official State Gazette and disseminated by all public media.

Euronews has found no trace of an announcement of this supposed state of emergency in Spain.

Concerning the new alleged National Security Law, it does not exist.

There is indeed an amendment that is due to go before the parliament of the current National Security Law from 2015, but the draft does not mention prohibiting all protests or tapping into all communications.

Euro 2022: Clash of the Titans as England take on Germany in…