Instead of dialing 911, soon you can call 988 for a mental health emergency. But will states be ready?

The National Suicide Prevention Lifeline will be nationally available as 988 starting July 16, 2022, billed as the “911” for a mental health crisis. But there’s concern many states will not be ready to meet the expected increase in services, according to a recent New York Times report.

“The Department of Health and Human Services (HHS), through its Substance Abuse and Mental Health Services Administration (SAMHSA), is awarding nearly $105 million in grant funding, provided by the American Rescue Plan, to 54 states and territories in advance of the transition of the National Suicide Prevention Lifeline from the current 10-digit number to the 988 three-digit dialing code  in July,” per the United States Department of Health and Human Services press release.

Federal money will assist 988 operators to not only counsel callers, but also eventually dispatch responders who will hopefully reduce the demand placed currently both on armed law enforcement and emergency rooms when someone is in a mental health crisis, according to the Times.

Currently the crisis hotline is answered by a national network of more than 180 call centers, but many operate on a thin budget, with either little or no backing from states. Some states without funding resort to fundraisers like golf outings and benefit breakfasts to pay the bills, according to the Times.

But even with the influx of federal money, many states may not be fully equipped to successfully route and respond to massive influx of mental health emergency calls expected in July, according to the National Alliance on Mental Illness.

“If states do not adequately prepare for 988’s looming launch, lives will continue to be derailed or lost, largely due to inappropriate crisis response,” said Vincent Atchity, CEO of Mental Health Colorado, who works with policymakers, law enforcement and attorneys nationwide to ensure 988 will launch successfully.

President Donald J. Trump signed the law establishing the hotline as 988 in October 2020, giving state lawmakers the option to raise money for call centers with a monthly fee on phone bills, as is done for 911 calls, which collects an estimated $3 billion each year, according to the Times.

The fees could also pay for response teams that can be dispatched to those in need during a mental health crisis and can also help for specialized triage centers, but these can be very costly, per the Times.

States and territories will receive SAMHSA grants ranging from $250,000 to over $14 million to help build local 988 capacity, per the website.

But Atchity told Fox News ” …an investment of $250,000 is hardly enough to cover staffing and infrastructure costs, particularly in the long-term.”

“While this funding is a great start, this really is just a drop in the bucket. Even with this funding, many states remain grossly under prepared to handle the massive influx of emergency calls they are about to receive.”

But exactly how to pay for 988 has become a “contentious” issue for states, with some lawmakers reluctant to add a payment structure that appears to be a new tax, while others see 988 as unnecessary because of other resources already available, according to the news outlet. 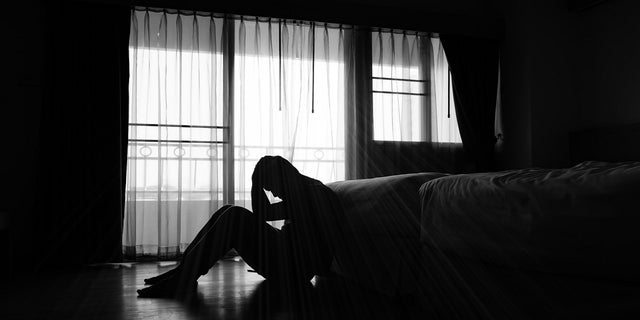 Only a few states, including Colorado where Atchity works, have authorized a charge on the phone bill for 988, according to the National Alliance on Mental illness.

“Model state legislation is available for policymakers and advocates to change the way their community responds to people in a mental health crisis. The model legislation also includes a new funding mechanism for states to create a monthly fee on all phone lines—similar to how communities fund 911—to ensure that 988 funding is sustainable and that these emergency services will not experience any funding gaps,” per the mental illness website.

Approximately 17% of current Lifeline calls last year were abandoned before a caller could get help, while 41% of texts and 73% of online chats were left unanswered,  according to a New York Times data analysis.

The paper said the calls and messages were ” … abandoned for any number of reasons, but in interviews, callers blamed hold times and call center directors bemoaned limited capacity.”

“We hope that 988 will help change these realities,” said Atchity, who is also the leader of Care Not Cuffs, a national campaign to meet unmet mental health needs with health care, rather than incarceration.

CONNECTICUT REPORTS ITS FIRST CASE OF TICK-BORNE POWASSAN VIRUS IN 2022: WHAT TO KNOW

He also warns rural communities maybe the worst prepared to respond to 988’s rollout, because many can only afford to have one call response center covering hundreds of square miles, which means those living in rural and frontier areas will experience much longer mental health emergency response times.

“Leaders at both the federal and state level must ensure that legislation and support is put in place to ensure that rural and frontier communities are not left behind in 9-8-8’s rollout. No one should perish from a mental health emergency simply because they live outside of an urban or suburban setting,” Atchity noted.

“The current Lifeline phone number (1-800-273-8255) will always remain available to people in emotional distress or suicidal crisis, even after 988 is launched nationally,” the national network said.

“When people call, text, or chat 988, they will be connected to trained counselors that are part of the existing National Suicide Prevention Lifeline network. These trained counselors will listen, understand how their problems are affecting them, provide support, and connect them to resources if necessary.”

More information on attending the summit series can be found here.

Bank of England chief: I’m uneasy about inflation but…