Data from the Centers for Disease Control and Prevention (CDC) shows there are now 35 confirmed cases of monkeypox and orthopoxvirus nationwide.

New York has seen eight cases – the most of the 14 states where cases have been reported – and California recorded seven infections.

Florida has reported four cases, including one that was also listed in the U.K. case counts because the individual was tested while there.

Colorado has three cases and Illinois and Utah have two.

Arizona, Georgia, Hawaii, Massachusetts, Pennsylvania, Texas. Virginia, Washington and the District of Columbia have all reported one case each.

On Monday, the CDC raised its alert level for monkeypox to level 2, warning people to practice “enhanced precautions.” 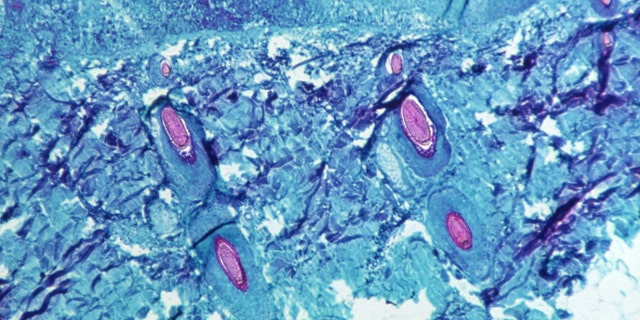 FILE PHOTO: A section of skin tissue, harvested from a lesion on the skin of a monkey, that had been infected with monkeypox virus, is seen at 50X magnification on day four of rash development in 1968.
(CDC/Handout via REUTERS.)

Hundreds of cases have been reported in Europe and numerous other countries worldwide.

How close are the Western Balkans to joining the European…