The teenage boys from Greenland unlocking their futures as entrepreneurs

There’s excitement at 7ly High clothing company in Nuuk as their latest batch of hoodies — in shades of pink — arrives from the printers.

On the front is a striking design: a map of Greenland with wings, symbolising hope to rise above bad experiences in life.

It’s a message that has resonated with customers and gained a celebrity endorsement from a Greenlandic rapper since the hoodies first went on sale last summer, earning cachet in the territory.

So it might come as a surprise to discover the team behind the brand are not part of a global fashion chain, but a group of teenage boys.

“I think this is the beginning of the journey for me,” says 18-year old Anguteeraq Olsen, the main driving force behind the hoodie company, which was started as part of an after school entrepreneurship programme called Mind Your Own Business.

“I still don’t know what I want to be in the future, because there are so many things that I can be, and I think about becoming an entrepreneur, starting my own company, not only 7ly High but trying other things,” he tells Euronews in a video call during a lunch break from classes in Nuuk. 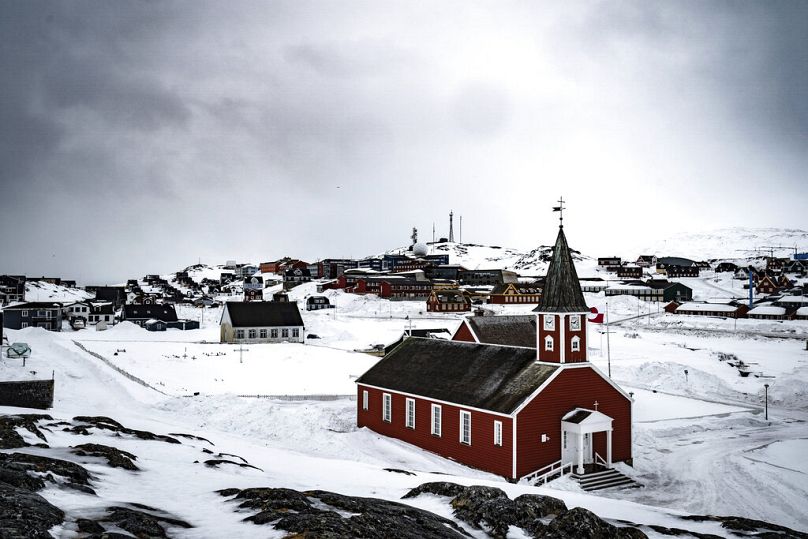 Mind Your Own Business is a Denmark-based organisation that aims to help boys from vulnerable areas through entrepreneurship.

It was brought to Greenland in 2019, and since then several dozen teenagers have gone through the programme learning the basics of running a micro-business with help from volunteers and mentors from the local business community.

The scheme brings opportunities for participants, with boys, in particular, facing numerous hardships and challenges growing up.

A Danish public health study in 2019 highlighted how domestic violence, alcohol problems and abuse in childhood more than double the prevalence of suicidal thoughts among young people in Greenland: where suicide is one of the leading causes of death among young men aged 15-35.

Research carried out by the University of Southern Denmark in 2020 found that exposure to domestic alcohol problems and sexual abuse in childhood matched rising alcohol import rates “and is a likely cause of transgenerational consequences such as youth suicides and alcohol problems.”

Although Anguteeraq Olsen attends upper secondary school he’s in the minority. According to the Greenland government’s latest figures, only one-in-seven teenagers complete their compulsory education at age 16 then continue to study at upper secondary.

“School,” he says “is for learning how to get a job for the rest of your life” it doesn’t teach kids about becoming an entrepreneur.

“Only a few of my friends stayed in school. Most of them work right now, full-time jobs. I think they’ll be doing this the rest of their lives.” 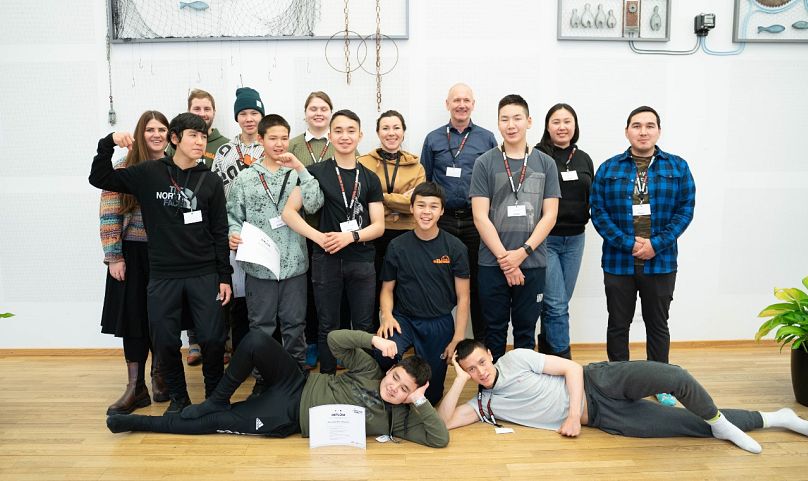 Matching the boys with mentors

Ivalu Nørreslet Rex is leading Mind Your Own Business in Greenland’s capital Nuuk, and guiding the boys through the process of starting a business over the course of eight months at their weekly meetings.

“In school right now they don’t really create these kinds of opportunities for young kids. But I think now there’s a shift because more and more people and organisations see that you can gain a lot from using entrepreneurship in schools although it’s still a new thing,” she says.

A key component of the programme is the involvement of mentors, to be sounding boards for ideas, and help guide the boys through the various stages of setting up their business.

“The magic happens when the boys realise how many qualities they possess themselves and that they are capable of doing pretty much anything they set their minds to,” says mentor Inga Antoníusdóttir, an Icelander who moved to Nuuk from Copenhagen in 2021.

“We, the mentors, really believe in these kids and want them to succeed but it’s hard to imagine becoming a lawyer or a business owner if everyone in your family is a fisherman,” she explains.

“Once they see that we have faith in them and are willing to help them carve out the best path for their way to success they grow taller, in more than one sense.” 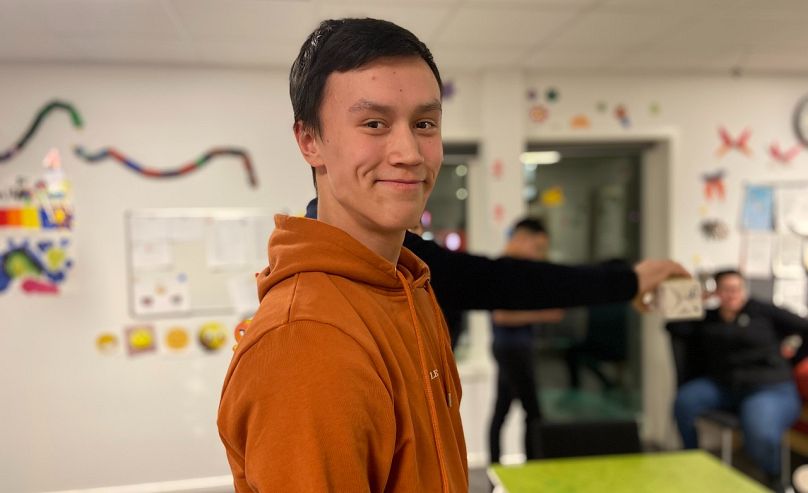 The new class of entrepreneurs

While the hoodie company was the break-out hit of last year’s Mind Your Own Business programme, the hunt is on for this year’s micro-business success story.

Seventeen-year-old Kaaleeraq Nielsen and his friends have decided to organise a weight lifting event where other teenagers will pay an entry fee to participate.

“It’s just for boys, no girls, from 13 to 17 and they’ll have to lift and benchpress” he explains.

The event is a natural progression from Kaaleeraq’s sports hobbies, which means the boys can see there might be opportunities for running a business doing something they already enjoy.

“I’ve been going to the gym for about six months, and I do push, pull, leg day and rest day. Then repeat. Before that, I was playing handball and I’m about to start again.”

Kaaleeraq runs the fledgling event management company with friends, and juggles it with part-time studies at vocational high school – a popular choice for many Greenlanders – where he has an apprenticeship learning to be a snowmobile and boat mechanic.

“The people at the local youth club kept asking me if I wanted to join in Mind Your Own Business and it was a good move to get involved,” he says.

“In my friend group we don’t struggle with alcohol, but especially hash is a big issue here. I know some young people who do drugs like hash, so it’s a part of everyday reality.” 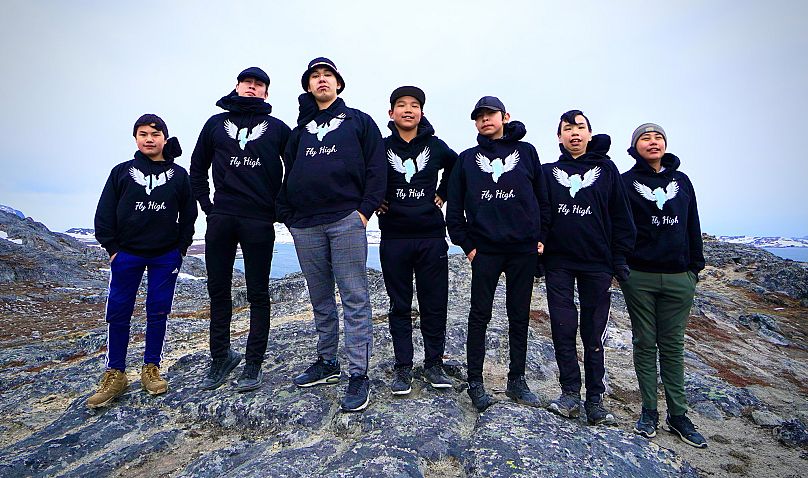 Back at 7ly High clothing Anguteeraq Olsen and his co-workers have been posing for a photoshoot in the snow wearing the newly arrived hoodies.

At the moment their customer base is in Greenland but that could be set to expand.

“Most Greenlanders will like the designs but I don’t think there will be any Americans who would wear it.”

“There are around 17,000 Greenlanders who live in Denmark and we could possibly grow so much that we could sell in Denmark,” says Anguteeraq, who’s taking social studies, English, and economics classes at high school this term.

The Mind Your Own Business programme, he says, has taught him about how to make new friends and take on more responsibility.

“It takes a lot of skill to try and make a business, learning how to make the brand and sell.”

“I don’t care if it becomes a failure, I will learn from my failure.”

COP26: Goal of limiting global warming to 1.5C in ‘intensive…

Brussels changed its rulebook to build unity over new…