The way children are consuming social media, especially on TikTok, is likely negatively affecting their attention spans, according to a recent Wall Street Journal report.

“It is hard to look at increasing trends in media consumption of all types, media multitasking and rates of ADHD [attention-deficit hyperactivity disorder] in young people and not conclude that there is a decrease in their attention span,” said Dr. Carl Marci, a psychiatrist at Massachusetts General Hospital.

Although the link between ADHD and screen time is debatable, new research suggests the type of short and fast-paced s that children consume today are partly to blame for why they struggle to participate in longer-term activities. 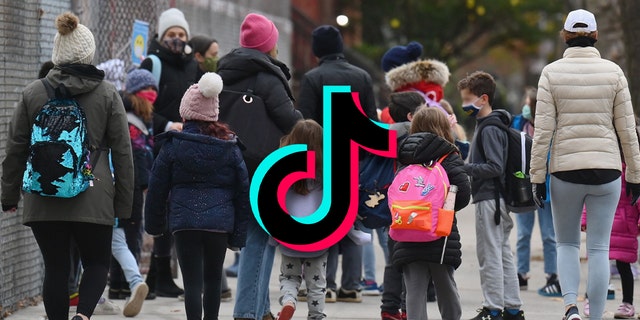 According to a 2021 peer reviewed study published in NeuroImage, increased problematic usage of TikTok by young adults was linked to a lack of self-control. The study also found through internet addiction questionnaires and fMRI brain scans that TikTok may cause significant problems in about 5.9% of its users.
(Photo by ANGELA WEISS/AFP via Getty Images)

TikTok, known as Douyin in its home market, debuted in China in September 2016 as a shortform sharing platform, primarily for lip-syncing and dancing s, but became the most downloaded app in 2019, according to paper published in NeuroImage last year.

The paper is one of several studies to examine the effect of TikTok on the brain, which examined how personalized s, compared to general-interest s, influenced the reward centers of the brain.

CHILDREN’S MENTAL HEALTH MAY SUFFER IF THEY SPEND TOO MUCH TIME ON ELECTRONIC DEVICES, STUDY SUGGESTS

The MRI scans of participants were highly activated in the addiction part of the brain who watched personalized s, finding some users struggled to control when to stop watching.

In general, activities that require sustained attention, like reading and doing math problems, use the part of the brain responsible for decision-making and impulse control known as the prefrontal cortex, per the Journal. 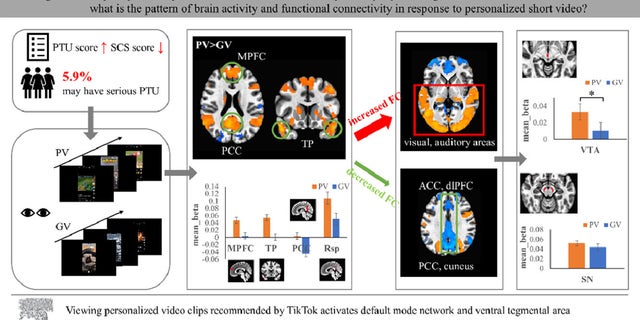 The NeuroImage study shows an inverse correlation between Problematic TikTok Use (PTU) and scores on a Self Control Scale (SCS). The researchers scanned the brains of heavy TikTok users as they watched algorithmically Personalized s (PV) on their feeds and compared it to the brains of people who have never used TikTok that watched Generalized s (GV) that lack user-specifc preference. Subjects who viewed PVs saw a statistically significant increase in activation of their mid-prefrontal cortex (MPFC) which is functionally disassociated with decision-making, self-knowledge, social cognition and moral judgment, and episodic memory.
(Study from NeuroImage via Su, Zhou, Gong, Teng, Geng, and Hu )

“Directed attention is the ability to inhibit distractions and sustain attention and to shift attention appropriately. It requires higher-order skills like planning and prioritizing,” said Dr. Michael Manos, the clinical director of the Center for Attention and Learning at Cleveland Clinic Children’s.

But many kids struggle with this type of skill because the prefrontal cortex is not fully developed until when they reach adulthood at age 25, per the news outlet.

But Manos noted, “If kids’ brains become accustomed to constant changes, the brain finds it difficult to adapt to a nondigital activity where things don’t move quite as fast.”

Woman attacked by alligator says ‘I love him’…

TikTok uses an algorithm to personalize the feeds based on the time they watch each and then cycles similar content, according to a recent Wall Street Journal investigation.

But the paper noted the company is now working on ways for the algorithm to diversify its s, with a TikTok spokeswoman saying they are working on reducing excessive app time.

But TikTok is not the only social platform kids have a hard time breaking away from, with Google also making changes to limit usage by not automatically replaying s for people’s accounts under the age of 18, per the Journal.

FACEBOOK, COCAINE, OPIOIDS: HOW ADDICTIVE IS THE SOCIAL NETWORK?

The brain releases the neurotransmitter dopamine when it anticipates a reward, so the rush of dopamine makes us crave for more – from a delicious meal, drugs, or a viral TikTok , according to the Journal.

“TikTok is a dopamine machine,” said Dr. John Hutton, a pediatrician and director of the Reading & Literacy Discovery Center at Cincinnati Children’s Hospital.

“If you want kids to pay attention, they need to practice paying attention.”

Some simple strategies to increase children’s attention-span is to encourage exercise and play time, but: “Depriving kids of tech doesn’t work, but simultaneously reducing it and building up other things, like playing outside, does,” said Johann Hari, author of “Stolen Focus: Why You Can’t Pay Attention—and How to Think Deeply Again.” 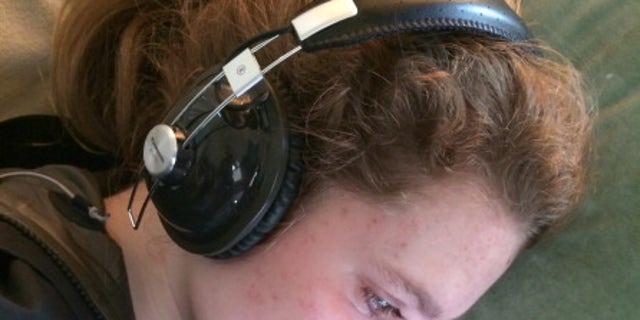 The American Academy of Pediatrics recommends limiting screen time to an hour for children between 2 and 5 which will have a positive impact on the development of communication skills and physical health.
(Photo by Kevin Candland/Getty Images)

TikTok and YouTube also allow parents to create their own account and link it with their children, known as Family Pairing and Google Family Link, respectively, to limit usage, but parents are also able to set direct limits on Apple and Android devices as well.

“We are committed to giving parents insight into, and control over, how their teens use TikTok and helping facilitate important conversations within families about the responsible navigation of digital platforms,” TikTok said in a 2020 press release.

Because children will not want to initially put down their entertainment devices, they should practice stopping it, because this will gradually bolster the connections in their brains to make it easier to stop it the next time, said Dr. Bonnie Nagel, professor of psychiatry and behavioral neuroscience at Oregon Health & Science University.

Some examples of how to do this is not allowing children to use their social media devices at the dinner table and setting daily limits on how long they can use them, per the Journal.

“It’s like we’ve made kids live in a candy store and then we tell them to ignore all that candy and eat a plate of vegetables,” said James Williams, a tech ethicist and author of “Stand Out of Our Light: Freedom and Resistance in the Attention Economy.”

“We have an endless flow of immediate pleasures that’s unprecedented in human history.”

Bahamas Sandals deaths: what to know about carbon monoxide poisoning,…