Time-restricted eating limited to 8 a.m. and 4 p.m. did not lead to a greater reduction in body weight, body fat or metabolic risk factors compared to a daily caloric restriction, according to a study published in New England Journal of Medicine this week.

The researchers at Southern Medical University in Guangzhou, China randomly assigned 139 obese patients to two groups: one group who participated in a time-restricted eating regimen where they ate only between 8 a.m. and 4 p.m. along with restricting their daily caloric intake and another group of participants who only engaged in daily caloric restriction without a time-restricting regimen.

The male participants were instructed to restrict their daily caloric intake to only 1500 -1800 calories while women followed a caloric restriction of 1200 to 1500 calories every day.

The primary outcome of the study was the difference in body weight between the two groups from baseline and secondary outcomes were changes in waist circumference, body-mass index, amount of body fat, and measures of metabolic risk factors.

The participants were encouraged to weigh foods to ensure accurate reporting on calories, were required to keep a food diary and to photograph the food that they ate during the first six months of the study, and recorded food pictures and meals three times a week during the last six months.

118 out of 139 participants completed the study with researchers noting, “Changes in weight were not significantly different in the two groups at the 12-month assessment.” 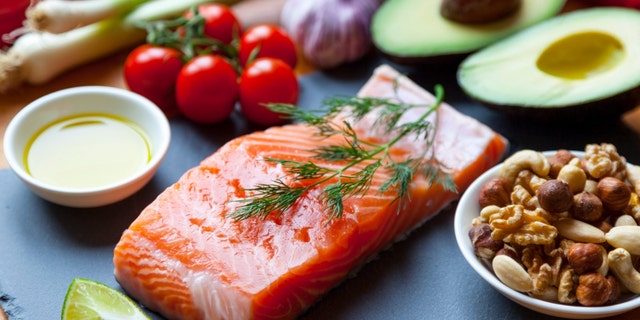 Following a Mediterranean-like diet could help reduce the risk of developing Alzheimer’s, suggest the findings of a new study.
(Credit: iStock)

The authors added even though caloric intake restriction explained most of the beneficial effects associated with the time-restricted–eating, their findings suggested that time-restricted eating could be an alternative to restricting calories for weight management.

“We speculate that these data support the importance of caloric intake restriction when adhering to a regimen of time-restricted eating,” the study noted.

The authors cautioned their study cannot be generalized to diabetic patients, to those with heart disease, to different periods of time-restricted eating while also noting their study was limited because physical activity was not controlled since total energy expenditure was not measured.

“Almost every type of diet out there works for some people,” said Dr. Christopher Gardner, director of nutrition studies at the Stanford Prevention Research Center.

“But the take-home supported by this new research is that when subjected to a properly designed and conducted study — scientific investigation — it is not any more helpful than simply reducing daily calorie intake for weight loss and health factors.”

US Senate votes unanimously to restrict Chinese equipment from…

Sleeping with lights off and closed blinds may protect your…