Tina Turner sells the rights to her back catalogue for millions, amid music industry gold rush

Tina Turner has just signed away the rights to her music, name, and image to BMG

Soul and rock sensation Tina Turner has sold the rights to her music catalogue to publishers BMG in a deal estimated to be worth over $50 million (€43.2 million).

She joins a growing list of artists to cash in on such a deal in an industry now dominated by streaming revenues.

The deal includes Turner’s and her music publishing writer’s share of her music and recordings. They will also have sustained rights over her name, image, and likeness for merchandising and sponsorship deals.

BMG did not disclose the price it paid, but experts advise a catalogue of this expanse would be upwards of tens of millions of euros.

Turner in the meantime will remain under Warner Music as her record company. She says she is “confident” her work is in the “professional and reliable hands” of both companies.

In a statement on Wednesday, BMG, owned by German media company Bertelsmann AG, said it would “be a partner in all of Tina Turner’s music interests”.

The Queen of Rock ‘n’ Roll

81-year-old Turner, often referred to as the ‘Queen of Rock ‘n’ Roll’, has enjoyed abundant success since the age of 18. She is one of the only people on the planet to be inducted to the Rock and Roll Hall of Fame twice – as both a solo artist and with husband Ike in 1991.

Turner stopped touring in 2009 after a period of ill health, suffering from a stroke and intestinal cancer.

“We are honoured to take on the job of managing Tina Turner’s musical and commercial interests. It is a responsibility we take seriously and will pursue diligently. She is truly and simply, the best.”

Who else is selling the rights to their music? 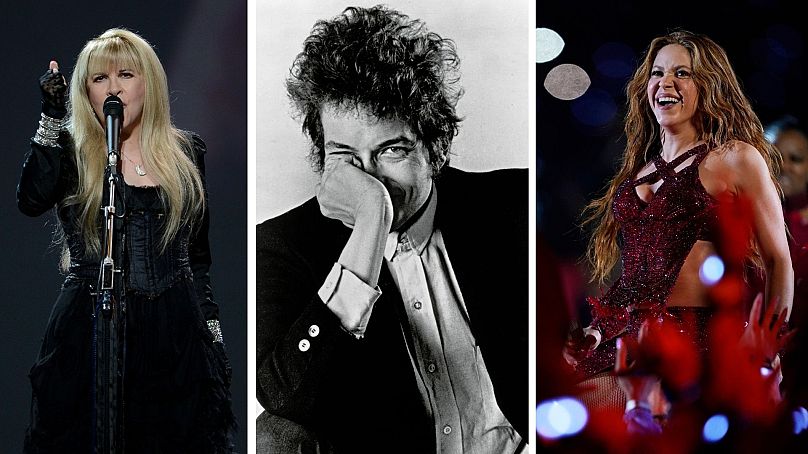 Stevie Nicks, Bob Dylan, and Shakira are among the artists to secure multi-million dealsReuters

Musicians offering the rights to their music for inconceivable amounts of money is all the rage as artists seek to secure their incomes beyond touring and streaming.

Stevie Nicks, Bob Dylan and Shakira are just some of the figures multi-million deals for the rights to their music.

Dylan is believed to have set the record for an individual after selling his for $300 million.

In a more harrowing turn, David Crosby, of the group Crosby Stills & Nash, made the decision to sell on the rights to his music because streaming platforms were failing to make up for declining physical record sales.

I am selling mine also …I can’t work …and streaming stole my record money …I have a family and a mortgage and I have to take care of them so it’s my only option ..I’m sure the others feel the same https://t.co/EXWHR2v6iq

The earliest example of a purchase of this kind came from Michael Jackson, who paid a positively eye-watering $47.5 million (€41 million) to own the entire back catalogue of material by The Beatles.

Tension rose between himself and former collaborator Paul McCartney after he had told Jackson about the opportunity. He later sold 50 per cent of his share to Sony.