The United Kingdom and Ireland have dropped plans for a joint bid to host the 2030 FIFA World Cup, opting to try and stage the 2028 European Championship instead.

The change of plans from the football associations of England, Scotland, Wales, Northern Ireland and the Republic of Ireland come amid doubts and disputes over FIFA’s future programme for the World Cup.

FIFA’s president Gianni Infantino has pushed to double the frequency of the tournaments so they are held every two years, but countries in Europe have been leading the opposition to this and the British Isles bidders judged that resisting Infantino’s proposal while seeking the World Cup tournament hosting rights would have damaged their chances of success.

“I think we’ve been very clear as all the UEFA countries — we didn’t think that a biennial World Cup either in men’s or women’s was a good idea,” English FA chief executive Mark Bullingham said on Monday, revealing his opposition for the first time to reporters. “We don’t believe that they’ll come to fruition. So we’re stepping back again.

“We looked at the two opportunities in front of us and the 2028 Euros is very clear as an opportunity. A very clear timeline.”

Countries have until next month to register interest in hosting the European Championship in 2028 or 2032, with a vote scheduled for next year. UEFA could expand the tournament from 24 teams in Germany in 2024 to 32 participants in future, putting the British Isles bid in a strong position to use existing infrastructure to meet the hosting demands.

“UEFA are being very transparent with all 55 countries that they want to use the 2024 and 2028 men’s Euros to rebuild their coffers and rebuild their reserves, which they’ve had to use during the pandemic,” Bullingham said. “We believe we could put together an incredibly strong tournament in many ways and we also know we can have a really strong commercial return to UEFA, and we feel that puts us in a strong position.” 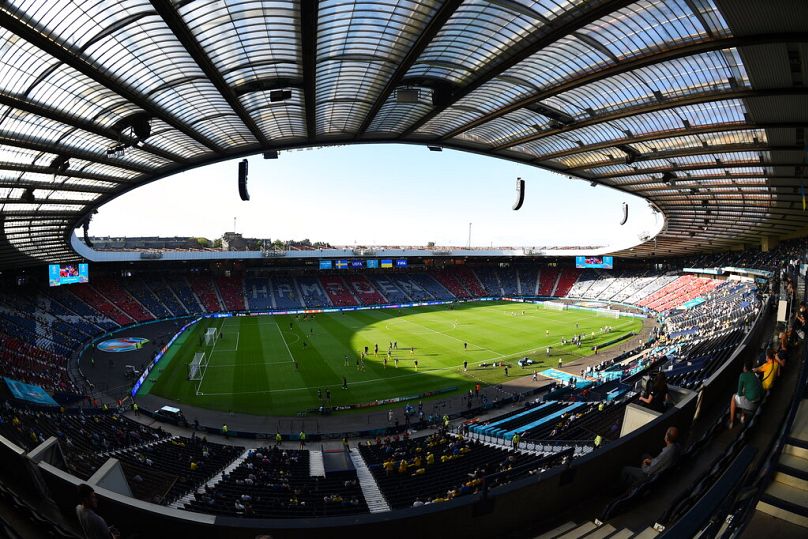 PM’s charm offensive yet to convince investors to part…

England last hosted the World Cup in 1966 and also failed with a bid for the 2006 tournament. But it hosted the 1996 European Championship and Wembley had eight games last year when the competition was staged across Europe. Scotland also staged four Euro 2020 games at Hampden Park in Glasgow.

Northern Ireland is part of the bid but is only likely to be used for team bases with Windsor Park’s Belfast capacity around 18,000 below the UEFA requirements. Cardiff has the 74,000-capacity Principality Stadium and Dublin’s Aviva Stadium fits more than 50,000.

“There’s been an ongoing feasibility study over a fairly long period of time looking at 2030. There is obviously still some uncertainty around 2030 in terms of the bidding landscape, FIFA still have discussions ongoing about a biennial World Cup” said Scottish FA chief executive Ian Maxwell in a video statement.

“There’s a clearer path to 2028, we can see that mapped out in front of us in terms of UEFA timelines, the return on investment from both competitions is broadly similar.”

Meanwhile, Irish FA chief executive Patrick Nelson said in a statement they intend to play a “full and active role in hosting if the five-nation bid is chosen by UEFA.”

“We will work with partners to be in a position to hold matches here” he added.

Although the 2021 Wembley final was marred by violence by England fans ahead of the loss to Italy, UEFA has shown its backing to London by choosing to stage a game with CONMEBOL between European champion Italy and South American champion Argentina in the city in June. England is staging the women’s European Championship after that in June.

‘#FootballForAll’, Female footballers protest against hijab ban in ParisVAR: Has it improved football or has it made it worse?Senegalese celebrate first Africa Cup of Nations victory in Dakar 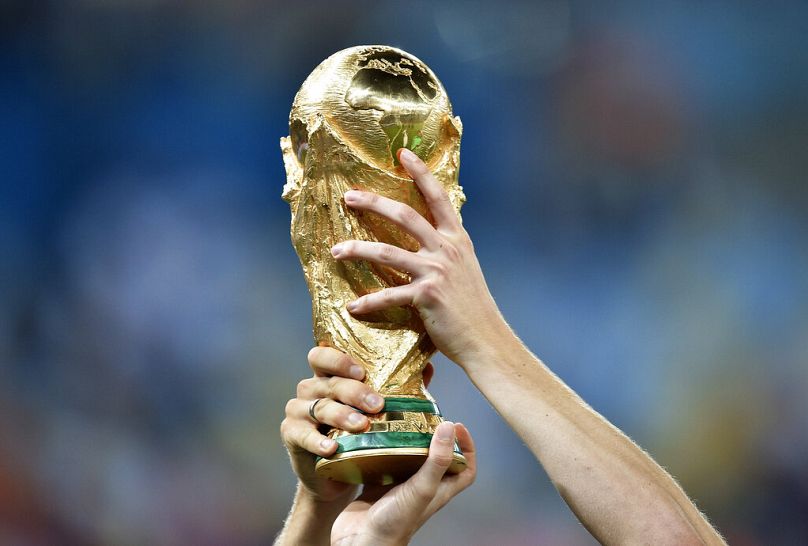 FILE – German players hold up the trophy after the World Cup final soccer match between Germany and Argentina at the Maracana Stadium in Rio de Janeiro, July 13, 2014Martin Meissner/Copyright 2018 The Associated Press. All rights reserved.

Which countries will bid to host the 2030 World Cup?

Spain and Portugal are already pursuing a joint bid to host the 2030 World Cup, with Morocco possibly also involved.

UEFA favours just one European candidate so the British Isles ruling themselves out of contention clears the way for the Spain-Portugal bid.

There is also a coalition of South American countries keen on bidding from Argentina, Uruguay, Paraguay and Chile.

Following corruption investigations into the 2018 and 2022 World Cup bidding contests, decisions are now made in a FIFA vote by all 211 member associations rather than the smaller ruling council, with full publication of how contenders have been scored by inspectors before the vote, along with human rights assessments.

The next football World Cup will be held in Qatar later this year, and the 2026 edition will be hosted by the United States, Canada and Mexico.