Sam Jones' grass has completely dried up this year as temperatures rise in the United Kingdom. Last year's field (left) versus this year (right).

In 48 years of farming, Sam Jones has not seen anything like it.

The award-winning farmer who runs a 205-hectare family farm near Redditch, Worcestershire in the West Midlands has already started feeding winter forage to his 1,200 sheep.

“This is now starting to hit us pretty badly. Luckily we have a bit of fodder in stock. We are going to need some rain in the next two weeks or this is going to impact on our lambing percentage next year,” said Jones.

The reason for the early feed is because the grass has dried up.

“The lush green grass which was plentiful is now parched. This is an early supplementary feed and is costing an unexpected £180 (€212) per day, ” Jones said.

The UK has seen the driest eight months from November to June since 1976 and the hottest July on record in parts of southern and eastern England.

It is not only about the damage happening now, Jones added, as he is apprehensive about what is likely to come next.

A third-generation farmer, he wouldn’t ever have thought of giving his sheep feed this time of the year.

“It is costing a fortune. Eventually it will come off our bottom line which will mean increasing prices which are spiralling out of control anyway.”

The once vast swathes of lush green countryside are now tinder-dry, covered in hues of light brown. Households in some areas are being urged not to light fires or have barbecues. 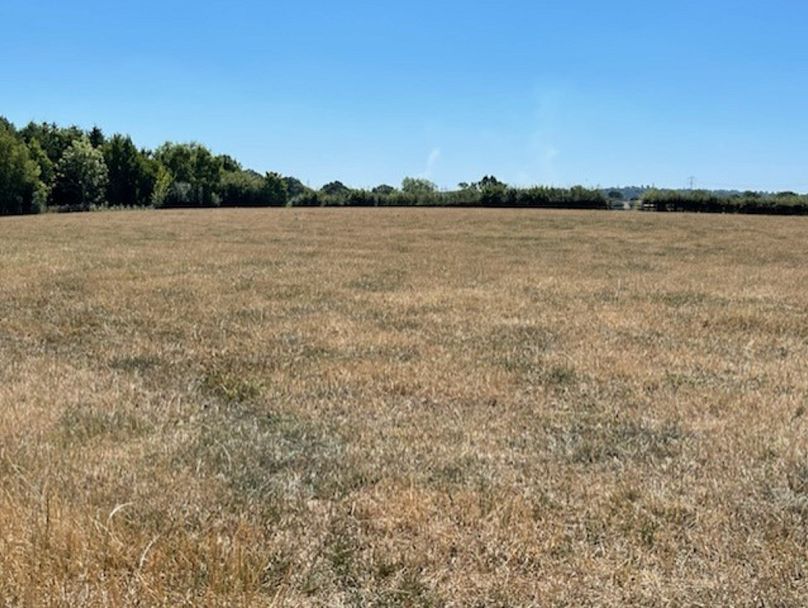 The UK’s Met Office has issued an amber extreme heat warning through Sunday.

Scientists and climate experts are urging people to look out for the elderly and vulnerable, those with existing health conditions, and young children.

The Met Office’s fire severity index (FSI) – an assessment of how severe a fire could become if one were to start – is very high for most of England and Wales, and will reach “exceptional” by the weekend.

Scientists have warned that droughts are becoming more frequent due to climate change, which is being driven by greenhouse gas emissions from burning fossil fuels and other human activities.

The lack of rain is already having an impact on farming.

In Oxfordshire, Ian Beecher-Jones, a precision farming coach and consultant, is individually hand-watering his 9,000 vines at his Chiltern Hills vineyard to keep them alive.

For Beecher-Jones, two weather extremes have been equally damaging to his vine crop. Earlier in the year, the frost, also seen across Europe, was detrimental.

He explained that just as the buds emerge and the vines start to grow, the frost neutralises them and prevents growth. So the vines will grow without any fruit in them.

It’s half of the problem: since the beginning of June, he said the vines have only had 36 millimetres of rain which is quite severe.

Climate change: Egypt confident it can work with China to…

Rather than throwing water around through wasteful irrigation systems, Beecher Jones has opted for hand watering. As the UK is traditionally a cold climate country, until now, he has not seen the need for an irrigation system.

Drought and heatwaves: How is Europe tackling unprecedented water shortages?

‘A complacent shambles for decades’

Debates on water shortage have intensified recently as water companies are urged to protect essential supplies heading into a “likely very dry autumn” as the hot, arid summer continues to take its toll.

Thames Water had to supply bottled water for residents in a village in Oxfordshire and pump water into the network. The company, which supplies water to 15 million customers, has also signalled it will bring in a hosepipe ban.

It has urged customers to “love a brown lawn” and take shorter showers to save water during the heatwave.
The non-profit Angling Trust has called for immediate hosepipe bans in the UK with their chief policy adviser Martin Salter saying in a statement that water policy in the UK “has been a complacent shambles for decades”.

Stuart Singleton-White, head of campaigns at the Angling Trust said: “the government must declare a drought now and the water companies should stop dragging their feet.” 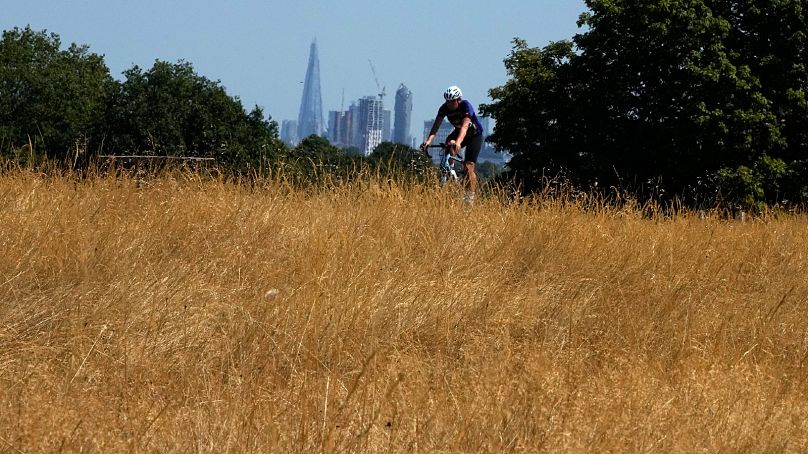 A cyclist rides past dry and sun burnt grass with the London’s skyline on the background, at Richmond Park in LondonAP Photo/Frank Augstein

Using Artificial Intelligence and data, Rob Sanders, founder of Glas Data has developed tools to help farmers manage their resources, and be more resilient with their businesses.

For example, his monitoring systems help farmers identify potential leaks which can be stopped, and determine the right times to put fertilisers to reduce waste and ensure farms are efficiently managed.

If the dry weather persists, Sanders fears it will be hard to get the desired crop yield.

We have to be ready for everything

The impact is likely to be twofold. Prices will increase but on the plus side this will also spur a change in farming practices.

“There will be more vertical and indoor farming because you have a higher control over the inputs where you circulate water round and not draw more from the environment,” he said.

Farmers are already exploring different technologies like Aeroponics and hydroponics to grow plants. Aeroponics is the art of growing plants in an air or mist environment without the use of soil or an aggregate medium.

Beecher Jones is nervous for this year and next. Even if it is a perfect year there still could be issues because of what happened this year. It is one of the anomalies of growing vines – it is a two-year cycle, he said.

Jones does not receive any financial help from the government. But he concedes this is just the lifecycle of the farmer.

“We have to be ready for everything,” and asks, “What can the government do?”

Despite the harsh temperatures, Jones said farmers are the most resilient.

“Diversification is key but some farmers are going to face uphill battles and will have to navigate a way around their challenges,” he said.

More than 100 French towns without drinking water amid ‘historic…

Rise in national living wage may not be an early Christmas present,…

Wild boar discover and snort £17,000 of cocaine in Tuscan…