Today marks the three-month anniversary of Russia’s invasion of Ukraine, with Ukrainian President Volodymyr Zelenskyy last night accusing Russia of inflicting as many casualties and as much infrastructure destruction as possible.

Elsewhere, a Russian court has upheld a nine-year prison sentence for opposition leader Alexei Navalny, while workers digging through the rubble have found 200 bodies in Mariupol.

Meanwhile, the European Union is likely to agree on an embargo on Russian oil imports “within days”, according to Germany’s economy minister.

See a summary of the latest developments in our live coverage below.

France reassures Ukraine it will eventually become part of the European Union.

The European Commission president on Tuesday called for talks with Moscow on unlocking wheat exports that are trapped in Ukraine as a result of a Russian sea blockade.

“The most important (thing) is to deblock the Black Sea. This is a call on Russia,” Ursula von der Leyen told Reuters in an interview on the sidelines of the World Economic Forum.

She said a food crisis was approaching at full speed and some sort of dialogue with Moscow was needed to unlock 20 million tons of wheat stuck in Ukraine.

COVID-19: Sorry seems to be the hardest word for ministers…

“It cannot be in Russia’s interest that, because of Russia, people are dying of hunger in the world,” she said, adding that a solution to create food corridors needed to be found.

“I think we should first of all look at the dialogue with Russia, whether there is not an agreement that this wheat gets out of Ukraine,” von der Leyen said.

Russia and Ukraine together account for nearly a third of global wheat supplies, while Ukraine is also a major exporter of corn, barley, sunflower oil and rapeseed oil.

Von der Leyen said the European Union should also step up its own production, making it easier for farmers to have a second crop or to increase wheat production.

US Secretary of State Antony Blinken last week accused Russia of using food as a weapon by holding “hostage” supplies for not just Ukrainians, but also millions of people around the world.

Echoes of war crimes: a journey into the horrors of Bucha

More than 11,000 cases of war crimes allegedly committed by Russian soldiers against Ukrainian civilians have been registered by the Office of the General Prosecutor in Ukraine so far.

Euronews correspondent Valérie Gauriat witnesses the exhumation of civilian bodies near Kyiv, and hears their distraught relatives describe how their loved ones were murdered by Russian troops.

“I hope my short work will be a small contribution to their quest for truth and justice,” says Valérie, whose documentary will be broadcast on Euronews soon. 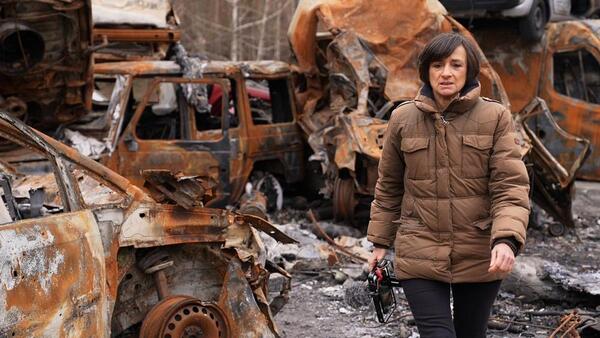 Echoes of war crimes: a journey to the horrors of Bucha

Euronews correspondent Valérie Gauriat travelled to the outskirts of Kyiv, the scene of a massacre by retreating Russian soldiers. #UncoveringEurope

When EU leaders meet next week for a two-day summit they should not discuss the proposed EU-wide ban on Russian oil imports, Hungary’s Prime Minister Viktor Orbán has said.

His request was included in a letter addressed to European Council President Charles Michel and seen by the Financial Times on Tuesday.

Hungary is the main hold-out preventing the approval of the radical measure, arguing it would wreak economic havoc and expose citizens and companies to price shocks.

“Discussing the sanctions package at the level of leaders in the absence of a consensus would be counterproductive,” Orbán wrote in the letter. “It would only highlight our internal divisions without offering a realistic chance to resolve differences. Therefore, I propose not to address this issue at the next European Council.”

A new plan by the European Commission earmarks up to €2 billion to revamp oil systems but most of the money can only be accessed through Next Generation EU, the bloc’s pandemic recovery fund, which has been repurposed to cope with the costly effort to slash Russian fossil fuels.

Hungary’s national recovery plan has not yet been approved by Brussels due to long-standing concerns related to the rule of law.

Reacting to the news, a EU official confirmed Michel had received Orbán’s letter and was consulting “all leaders” in preparation for next week’s extraordinary summit, whose agenda is expected to include energy, defence and the war in Ukraine.

Orbán’s words contrast with the optimistic assessments of German Vice-Chancellor Robert Habeck and Dutch Prime Minister Mark Rutte, who this week said a deal on the oil ban could be clinched within the next days. Unanimity is required to approve EU sanctions.

An appeals court in Russia has upheld a nine-year prison sentence for opposition politician Alexei Navalny.

The 45-year-old is currently serving a two-and-a-half-year prison term for violating parole on old fraud charges, and he had his jail time extended in March to nine years after he was found guilty of embezzlement and contempt of court.

Allies of Navalny — who is a vocal critic of Russian President Vladimir Putin — say the imprisonment is politically motivated. 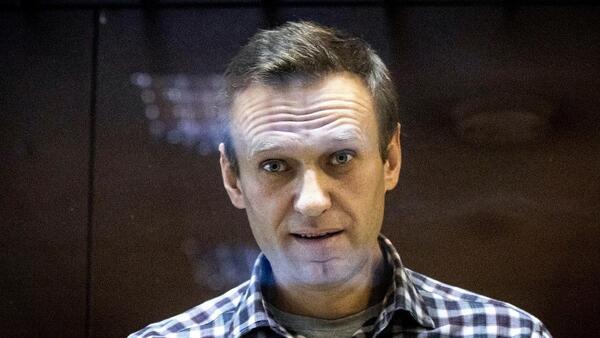 France reassures Ukraine it will eventually be part of European Union

Ukraine will eventually be part of the European Union, France’s Europe minister said on Tuesday, reassuring Kyiv that an initiative to forge closer ties between the bloc and aspiring members would not replace their bids to join.

“I am convinced that Ukraine will be part of the European Union,” Clement Beaune told reporters. “We know with honesty that it takes time and in this time we can’t allow ourselves to simply wait. We have to nurture the European hope.”

Beaune, who earlier this week said it could take 15-20 years for Ukraine to join added that the project “was not an alternative.”

Speaking alongside Olga Stefanishyna, Ukraine’s Deputy Prime Minister for European and Euro-Atlantic Integration, he said the next step would be to discuss the details of the initiative with European partners.

The aim is to create a community of countries who aspire to join the bloc or wish closer ties and adhere to the EU’s core values in areas such as political cooperation, security, cooperation in energy, transport, investment of infrastructure or circulation of people.

The initiative has been received cautiously by some member states given the lack of details. Kyiv has also expressed its concern that it could be used as an alternative to membership.

The European Commission, the bloc’s executive arm, will give its opinion on Ukraine’s candidacy request in June, but even if approved the process takes several years and can be vetoed by a member state.

The leader of a Turkish nationalist party that is allied with President Recep Tayyip Erdogan says Turkey should consider leaving NATO if “circumstances become inextricable” and Turkey is forced to approve Sweden and Finland membership.

Devlet Bahceli, the leader of the Nationalist Action Party, said in a speech on Tuesday that Turkey isn’t without alternatives and could be part of a possible security alliance that could be made up of Turkic-speaking states and Muslim nations.

“Turkey is not without options. Turkey is not helpless. Leaving NATO should be put on the agenda as an alternative option if the circumstances become inextricable,” Bahceli said.

A delegation made up of officials from Sweden and Finland is expected to arrive in Turkey later today, according to Turkey’s foreign minister, to discuss Ankara’s objection to their membership in NATO.

Russia can be reintegrated if it returns to democracy, rule of law, says von der Leyen

European Commission President Ursula von der Leyen says Russia can be reintegrated into the orbit of European nations if it finds its way back to “democracy, the rule of law, the respect for the international rules-based order.”

Von der Leyen spoke at the World Economic Forum’s annual gathering Tuesday. Insisting on the historical and cultural links between Europe and Russia, the head of the EU’s executive arm said reconciliation is “certainly a distant dream and hope.

A Moscow court on Tuesday ordered the detention in absentia of Russian blogger Michaïl Nake, accusing him of discrediting the Russian army and its offensive in Ukraine.

Nake, who hosts a video blog on YouTube with more than 700,000 subscribers, is accused of having disseminated false information about the Russian armed forces, according to the Basmani court in Moscow, which ordered his detention, according to a post on his site.

The crime is now punishable by a prison term, under new Russian laws passed since the invasion of Ukraine on 24 February. In particular, it’s forbidden to use the terms ‘war’ or ‘invasion’ in relation to the Russian offensive, or to accuse the army of war crimes.

Special mouthguard an effective alternative to CPAP for sleep apnea

Afghanistan: At least 35 killed in suicide bombing during…