Ukraine live: Stalemate with Russia ‘not an option’ Zelenskyy says

Follow our live blog below for developments on Tuesday.

Russian Foreign Minister, Sergei Lavrov has arrived in Turkey for a two-day visit for talks on unblocking grain exports from Ukraine, which have been stalled by Moscow’s offensive. Ukrainian president Volodymyr Zelenskyy has ruled out a Kyiv battlefield stalemate with Russia and said the country aims to regain control of all its occupied territory.Russia and Ukraine offer contradicting views about the state of play in Sievierodonetsk, which is currently witnessing fierce fighting between the two sides. Russia now claims to have ‘completely liberated’ residential areas of the city.97 per cent of Luhansk in Ukraine’s east has been seized by Moscow, claims Russian defence minister. Russia’s representative at the United Nations, Vasily Nebenzya, has hit back at claims his country’s soldiers have raped women, girls and boys in Ukraine, blaming the accusations on Western spin doctors.Ukraine criticises IAEA over planned visit to Russian-occupied nuclear power plant.The leader of the pro-Russian separatists in eastern Ukraine confirmed on Tuesday the death of Russian General Roman Kutuzov.The situation changing ‘hour by hour’ in the key city of Sievierodonetsk.UK MoD: Russia needs a ‘breakthrough’ in battle for SievierodonetskEuropean Council President Charles Michel blamed the Kremlin for the looming global food crisis, prompting Moscow’s UN ambassador to walk out of a Security Council meeting.61 Americans blacklisted by Russia, including Treasury Secretary Janet Yellen, Energy Secretary Jennifer Granholm and Netflix CEO Reed Hastings.

Radiation detectors in the Exclusion Zone around Ukraine’s defunct Chornobyl nuclear power plant are back online for the first time since Russia seized the area on February 24 and radiation levels are normal, the UN nuclear watchdog said on Tuesday.

“Most of the 39 detectors sending data from the Exclusion Zone … are now visible on the IRMIS (International Radiation Monitoring Information System) map,” the International Atomic Energy Agency said in a statement.

“The measurements received so far indicated radiation levels in line with those measured before the conflict.”

Some 800 civilians take refuge in chemical factory in Sievierodonetsk

Around 800 civilians have taken refuge in the Azot chemical plant in Severodonetsk, according to a lawyer for Dmytro Firtash, whose company owns the site.

“Among these 800 civilians are about 200 of the plant’s 3,000 employees and about 600 residents of Severodonetsk.” Lanny J. Davis, a US lawyer said in a statement published on the company website.

The workers had remained at the factory in an attempt to “secure” the remaining part of “the plant’s highly explosive chemicals” the statement said.

The situation is reminiscent of that of Mariupol, where hundreds of people, Ukrainian fighters and civilians, had taken shelter for weeks in the underground shelters of the immense metallurgical complex Azovstal, besieged by the Russians.

Russia punishes officers after conscripts were sent to Ukraine

Russia has prosecuted around a dozen army officers after hundreds of conscripts were sent to fight in Ukraine, a military prosecutor said on Tuesday.

President Vladimir Putin has repeatedly denied that Russia is using conscripts, young men who are drafted by the state to serve in the army, saying only professional soldiers and officers are taking part in its military operation.

However, the defence ministry acknowledged in March that some had been mistakenly sent to fight.

The ministry said that some of them, serving in supply units, had been taken prisoner by the Ukrainian army since the fighting began on February 24

Lavrov arrives in Turkey to discuss maritime corridors for grain

Russian Foreign Minister Sergey Lavrov has arrived in Turkey for two days of talks aimed at unblocking grain exports from Ukraine, which have been stalled by Moscow’s offensive.

Lavrov is due to meet the head of Turkish diplomacy Mevlüt Cavusoglu in Ankara on Wednesday.

Turkey offered its assistance in escorting maritime convoys from Ukrainian ports, following a request from the United Nations. 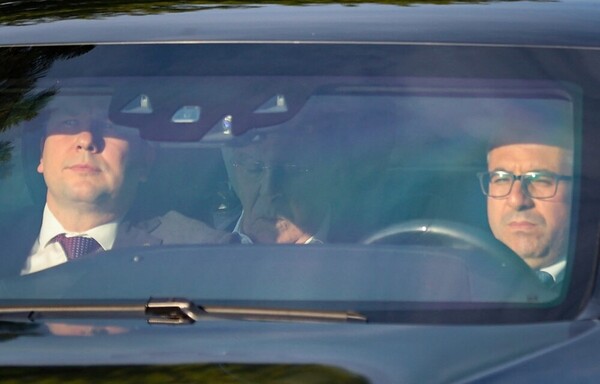 Though hurdles remain such as payment mechanisms for the agricultural products and mines floating in the Black Sea, both Moscow and Kyiv want a solution, Turkish Minister of Agriculture Vahit Kirisci said.

“Both Russia and Ukraine trust us,” he said. “Discussions continue.”

Ukraine has accused the Russian army of imprisoning and torturing nearly 600 people in basements in the Kherson region in the south of the country.

Tamila Tacheva, the Ukrainian Presidency’s permanent representative in Crimea, said in a briefing:

“According to our information, about 600 people are (…) detained in specially equipped basements in the Kherson region “, i

They are “mainly journalists and activists” who organized “pro-Ukrainian rallies in Kherson and its region” after the occupation of this territory by the Russians, she said.

“According to our information, they are being held in inhuman conditions and are victims of torture,” Tacheva said in a tweet.

Some of the Ukrainians detained in the Kherson region – civilians but also prisoners of war – were then sent to prisons in Crimea, according to Tacheva.

Bathed by the Black Sea and that of Azov, the Ukrainian region of Kherson, with an area of ​​some 28,000 square kilometres, or about the size of Brittany, had more than a million inhabitants before the start of the Russian invasion at the end of February.

The United States military has begun training Ukrainian forces on the sophisticated rocket systems that the Biden administration agreed last week to provide, but that Russia has said could trigger wider airstrikes in Ukraine.

The US agreed to send four of the medium-range, precision rocket systems to Ukraine as part of a $700 million (€654) package approved last week, and officials said it would take about three weeks of training before they could go to the battlefront.

Russian President Vladimir Putin warned on Sunday that any Western deliveries of longer-range rocket systems would prompt Moscow to hit “objects that we haven’t yet struck.”

About 900 Ukrainian service members have received training on a variety of weapons by the U.S. so far, including on howitzers which are being delivered to the front lines.

The HIMARS is mounted on a truck and can carry a container with six rockets, which can each travel about 70 kilometres.

Stalemate with Russia ‘not an option’, Zelenskyy says

Ukraine will fight to recover all its territory occupied by Russian forces, President Volodymyr Zelenskyy said on Tuesday, as his troops battled street-to-street in Sievierodonetsk in one of the bloodiest land battles of the war.

“We have already lost too many people to simply cede our territory,” he said by video link at an event hosted by Britain’s Financial Times newspaper.

Stalemate was “not an option”, he said. “We have to achieve a full de-occupation of our entire territory.”

Zelenskyy’s remarks were a forceful response to suggestions that Ukraine must cede territory to Russia to end the war, now in its fourth month.

The Russian parliament has passed a set of laws allowing Moscow not to comply with the top European human rights court’s rulings.

The move formalises the broken ties between Russia and the Council of Europe, the continent’s foremost human rights body.

Under the new laws, Russian authorities are no longer obligated to comply with rulings of the European Court of Human Rights issued after March 15.

On that date, Russia announced it was withdrawing from the Council of Europe, only to be officially expelled the next day over what the Kremlin calls a special military operation in Ukraine.

Thousands of Russians in recent years have turned to the court as a last resort, after failing to win in Russian courts, on human rights issues ranging from political persecution to domestic violence.

State Duma speaker Vyacheslav Volodin on Telegram described the court as a “tool of a political battle against our country in the hands of Western politicians,” adding that “some of its rulings went directly against Russia’s Constitution, our values, our traditions.”

Volodin cited a ruling demanding that Russia recognise same-sex marriage, which was outlawed two years ago in a set of constitutional amendments.

Allegations that Russia is stealing grain from across Ukraine are very serious and must be investigated immediately, British farming minister Victoria Prentis said Tuesday.

Speaking at an International Grains Council conference in London, Prentis claimed she had heard first-hand allegations of grain theft by Russian forces from sources in the southern Ukrainian region of Kherson.

Russia has strongly denied allegations that it is stealing wheat from Ukraine.

It also claimed Russia sent its ally Syria 100,000 tonnes of stolen Ukrainian wheat and looted metal via ship from Mariupol to Rostov-on-Don. 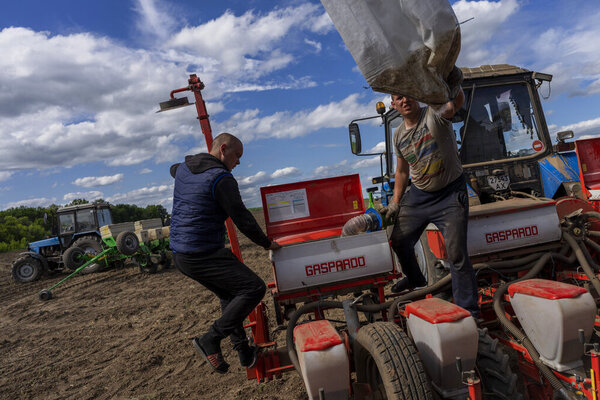 Bayern Munich midfielder Joshua Kimmich admits he is not vaccinated

Wine and Rum: Angolan producers thrive domestically and eye up the…