A wounded man talks to a soldier, left, after being evacuated from Irpin, on the outskirts of Kyiv, Ukraine, Wednesday, March 30, 2022.

Demoralized Russian soldiers in the Ukraine were refusing to carry out orders and sabotaging their own equipment, says UK spy chief.The Russian rouble has rebounded on international currency markets, leading to questions about the impact of Western sanctions. The Pentagon and the White House say intelligence suggests Vladimir Putin may not be getting the “full picture” of the war in Ukraine from his advisers.Ukraine’s President Zelenskyy says his country’s defence is at a turning point, and they need more military aid to win the war against Russia.Officials in Ukraine say Russian forces have continued to strike around Kyiv and other cities, including residential areas of Chernihiv — both areas where Moscow pledged on Tuesday to “drastically” reduce combat operations. The Red Cross has confirmed a claim by Ukrainian authorities that one of its centres was hit by Russian bombardment in Mariupol, the besieged port in southeastern Ukraine destroyed by Putin’s forces.

More than 400,000 Ukrainians have been forcibly displaced to Russia since the start of the war, Ukraine’s ombudswoman has told Euronews. 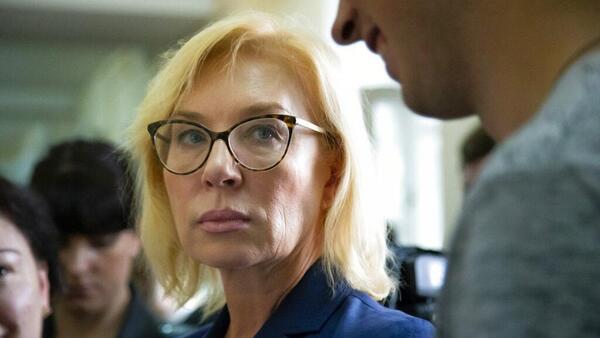 Demoralized Russian soldiers in Ukraine were refusing to carry out orders, sabotaging their own equipment, and had accidentally shot down their own aircraft, a UK intelligence chief said on Thursday.

Jeremy Fleming, who heads the GCHQ electronic spy agency, made the remarks at a speech in the Australian capital Canberra.

“It’s clear he misjudged the resistance of the Ukrainian people. He underestimated the strength of the coalition his actions would galvanize. He underplayed the economic consequences of the sanctions regime, and he overestimated the abilities of his military to secure a rapid victory,” Fleming said.

“We’ve seen Russian soldiers, short of weapons and morale, refusing to carry out orders, sabotaging their own equipment and even accidentally shooting down their own aircraft,” Fleming added.

Although Putin’s advisers were believed to be too afraid to tell the truth, the “extent of these misjudgments must be crystal clear to the regime,” he said.

Fleming warned that the Kremlin was hunting for cyber targets and bringing in mercenaries to shore up its stalled military campaign in Ukraine.

While there were expectations that Russia would launch a major cyberattack as part of its military campaign, Fleming said such a move was never a central part of Moscow’s standard playbook for war.

The Russian ruble had bounced back on international currency markets by close of business Wednesday, leading to questions about how effective Western sanctions are.

After the initial impact of sanctions, Russia resorted to extreme financial measures to blunt the West’s penalties and inflate its currency. Russia’s Central Bank has jacked up interest rates to 20% and the Kremlin has imposed strict capital controls on those wishing to exchange their rubles for dollars or euros.

It’s a monetary defense Putin may not be able to sustain as long-term sanctions weigh down the Russian economy. But the ruble’s recovery could be a sign that the sanctions in their current form are not working as powerfully as Ukraine’s allies counted on when it comes to pressuring Putin to pull his troops from Ukraine.

It also could be a sign that Russia’s efforts to artificially prop up its currency are working by leveraging its oil and gas sector.

The ruble was trading at roughly 85 to the U.S. dollar, roughly where it was before Russia started its invasion a month ago. The ruble had fallen as low as roughly 150 to the dollar on March 7, when news emerged that the Biden administration would ban US imports of Russian oil and gas.

Connecticut reports its first case of tick-borne Powassan virus in…