Pro-Ukrainian people shout slogans as they hold up banners and wave Ukrainian flags during a protest against Russia's invasion of Ukraine, Istanbul, Turkey, Monday, Feb. 28.

Russian and Ukrainian officials have vowed to hold a second round of talks after meeting on Monday, while the UN is holding a rare emergency session on Russia’s invasion of its neighbour.

The number of civilian casualties continues to rise as Russian forces bombard Ukrainian cities, and the UN says half a million people have now fled abroad.

FIFA has confirmed that Russia will be banned from this year’s World Cup.

Follow our live blog below for the latest updates:

Talks between negotiators from Ukraine and Russia on the Belarusian border have ended with both sides pledging to meet again. The delegation from Kyiv called for an immediate ceasefire and the withdrawal of Russian forces. Expectations for progress are low.The UN General Assembly is holding a rare emergency session, with the secretary general calling for an immediate ceasefire.There are fears of many civilian casualties in Ukraine’s second city Kharkiv as Russian strikes continue. The EU’s chief diplomat says Russia’s invasion is becoming “more ruthless” but Ukrainian cities are resisting.FIFA, has banned Russia from the World Cup in Qatar. A joint statement from the world football body and Europe’s UEFA  said Russia national and club teams would be banned “until further notice” in response to the invasion of Ukraine.The Russian ruble plunged 30% against the US dollar before recovering slightly. It came after Western nations moved to block some Russian banks from the SWIFT international payment system and to restrict Russia’s use of its massive foreign currency reserves. Ukraine’s President Zelenskyy has called for “immediate” EU membership. Brussels has hinted at differences of opinion within the bloc.The Ukrainian government says more than 350 civilians have been killed (including 14 children), with nearly 1,700 wounded (including 116 children). The UN says it has recorded 102 civilian deaths (including seven children), and 304 wounded, since the start of the conflict.More than half a million people have now fled Ukraine for neighbouring countries, according to the UN High Commissioner for Refugees (UNHCR). Read our story here.

Recap: Putin put Russia’s nuclear arsenal on “special” alert on Sunday. Review all that day’s developments in our blog here.

Twelve members of the Russian diplomatic mission to the UN have been ordered to leave the United States by the end of March, Russian Ambassador to the United Nations Vassily Nebenzia said at a press conference.The US State Department said it had no immediate reaction and there has been no confirmation of the ambassador’s claims. He didn’t give a reason for the alleged expulsions.Nebenzia also claimed what was happening in Ukraine was “not a war” and disputed claims about civilian casualties, which he suggested were the result of fake news “troll factories”, in what some may see as a perversion of reality.20:28

Putin ‘doesn’t want a Ukraine that is more European’ — Barroso

The former head of the European Commission tells Euronews that Putin’s main objection is not Ukrainian membership of NATO, but the fact that Ukraine has been looking westwards for inspiration. “I have no doubt the European Union would like to integrate Ukraine as one of its members,” he says. “The question is, how to do it?”

The Finnish government has approved a delivery of military equipment to Ukraine, becoming the latest EU country to export weapons to help in the fight against invading Russian forces.Prime Minister Sanna Marin described the decision as “historic”, and the shipment includes 2,500 assault rifles; 150,000 cartridges for the rifles; 1,500 single-shot anti-tank weapons; and 70,000 combat ration packages.Although Finland is closely aligned militarily with NATO there has been a wariness even over the last two decades to antagonise the Russians too directly over any single issue. But Moscow’s unprecedented attack, and Ukraine’s appeal for military assistance from EU members, combined with public and political pressure domestically, has tipped the hand of the government and President Sauli Niinistö into making the move.”This is a brigade’s worth of stuff” says Charly Salonius-Pasternak, a researcher at the Finnish Institute for International Affairs FIIA in Helsinki.”Considering, of the countries that have given arms, Finland has the longest border with Russia, is located next to two of Russia’s three strategic areas (St. Petersburg and the Kola Peninsula) and is not a NATO member, this is a serious amount” he adds.On Sunday the Finns decided to deliver bulletproof vests, helmets and emergency medical service units to Ukraine, and authorised the re-transfer of artillery from Estonia to Ukraine.There are an estimated 30,000 Russians in Finland, while thousands more speak Russian as their first language. At a Monday evening press conference PM Marin warned that violence against them is unacceptable.20:05

Calling for the EU to immediately approve Ukraine’s candidacy, President Volodymyr Zelenskyy signed a document representing the country’s official application for membership in the bloc on Monday.

The document was co-signed by Prime Minister Denys Shmyhal and Chairman of the Rada Ruslan Stefanchuk.

“Today I signed an application for Ukraine’s membership in the European Union. I am fairly sure this is real,” Zelenskyy wrote on his Facebook page.

The existing EU treaties do not allow for fast-tracked accession into the union.

President Recep Tayyip Erdogan said his country will implement an international convention that allows Turkey to shut down the straits at the entrance of the Black Sea to the warships of “belligerent countries”.The 1936 Montreux Convention gives Turkey the right to bar warships from using the Dardanelles and the Bosporus during wartime. Ukraine has asked Turkey to implement the treaty and bar Russian warships.Several Russian ships have already sailed through the straits to the Black Sea in the past weeks, and it was not clear how much of an impact Turkey’s decision to close down the straits would have on the conflict.The convention also provides an exception for Black Sea vessels returning to port. Erdogan insisted his country “won’t give up” on its relations with either Russia or Ukraine.Turkey has criticized Russia’s military aggression in Ukraine but has also been trying to balance its close ties to Ukraine with its interests in not upsetting its fragile economic relationship with Russia.19:18

The Russian president set out his conditions for stopping Moscow’s invasion of Ukraine on Monday, including the recognition of Crimea as Russian territory and the demilitarisation of Ukraine.

Vladimir Putin made these demands during an exchange with his French counterpart Emmanuel Macron.

A settlement of the conflict “is possible only if Russia’s legitimate security interests are taken into account unconditionally,” the Kremlin reiterated after their conversation, adding that it hoped the negotiations “would lead to the hoped-for results.”

In a brief statement, the Elysee Palace said that the French president had asked Putin to stop the strikes against civilians and secure the roads in Ukraine, and assured that the latter had “confirmed his willingness to engage”.

Football’s world governing body FIFA has banned Russia from the World Cup. A joint statement with Europe’s body UEFA  said Russia national and club teams would be banned “until further notice” in response to the invasion of Ukraine.The Russians, hosts of the last World Cup in 2018, are therefore disqualified from the play-offs, which they were to play at the end of March.The Russian women’s team are also banned from the Euro in England in July.Spartak Moscow, the last Russian club engaged in the European Cup this season, is also excluded.FIFA earlier ordered Russia to play on neutral territory without using the nation’s flag or anthem, in a much-criticised move.
Poland, with a scheduled play-off match against Russia on March 24, refused to play. Sweden and the Czech Republic, also potential Russian opponents, said they would follow suit.The World Cup finals are due to take place in Qatar in November and December.Read more here: 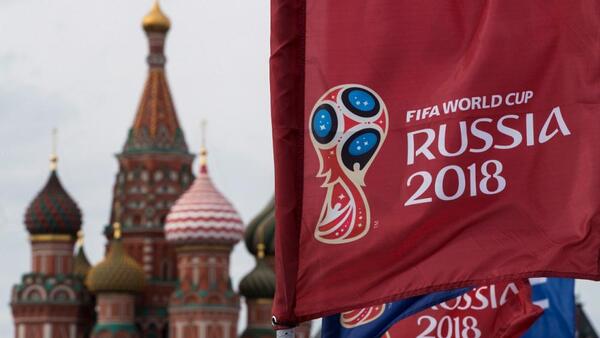 euronewsRussian clubs and national teams have also been suspended from UEFA competitions “until further notice” following the invasion of Ukraine.18:22

Talks end with vow to hold ‘second round’

Ukraine-Russia talks ended on the Belarusian border on Monday and delegations are heading back to their respective capitals, the two parties have said. They added that they have agreed to a “second round”. According to the Russian delegate, the new meeting will take place “soon” at the Polish-Belarusian border.

The negotiations Monday were the first face-to-face talks between Ukrainian and Russian officials since the war began. The delegations met at a long table with the blue-and-yellow Ukrainian flag on one side and the Russian tricolor on the other.

Zelenskyy’s office said it would demand an immediate cease-fire and withdrawal of Russian troops.

But while Ukraine sent its defense minister and other top officials, the Russian delegation was led by Putin’s adviser on culture — an unlikely envoy for ending the war and perhaps a sign of how seriously Moscow views the talks. (AFP and AP)

Ukraine’s ambassador to the United Nations told the world that if his country is crushed, international peace and democracy are in peril, as the United Nations General Assembly held a rare emergency session in a day of frenzied diplomacy at the U.N. about the days-old war.

Ukraine “is paying now the ultimate price for freedom and security of itself and all the world,” Ambassador Sergiy Kyslytsya said at the assembly’s first emergency meeting in decades.

Russian Ambassador Vassily Nebenzia reiterated his country’s assertions that what it calls a “special military operation” in defence of two breakaway areas in Ukraine is being misrepresented.

“Russian actions are being distorted and thwarted,” he said. (AP)

Yale professor teaches the secret of happiness to the masses