A Ukrainian serviceman stands next to a tank in a village of Lukyanivka, Kyiv region, Ukraine, Sunday, March 27, 2022.

Russia’s invasion of Ukraine continues into its second month with more than ten million Ukrainians displaced from their homes as fighting continues. Thousands of civilians and military personnel have been killed in the fighting, which has left widespread devastation in many parts of Ukraine.

Follow the latest updates in our live blog, or watch Euronews live on the link above.

President Zelenskyy says there could be a quick end to the conflict if President Putin would meet him face-to-face but Russia’s foreign minister says a meeting would be “counterproductive” at this time.This comes as negotiators from Ukraine and Russia are due to meet in Turkey for another round of peace talks.Ukrainian President Volodymyr Zelenskyy told journalists there should be a referendum on whether his country should be neutral and stay out of NATO after Russian troops withdraw.The mayor of Mariupol has reportedly warned of a “humanitarian catastrophe’ in the besieged, bombarded city if evacuations continue to be blocked. Kyiv suspended all “humanitarian corridors” on Monday for fear that Russia may attack civilians using them.Novaya Gazeta, one of Russia’s last independent news outlets, has said it is closing down in the wake of the heightened clampdown on press freedom.The Oscars awards ceremony in Los Angeles expressed support for Ukraine by falling silent for 30 seconds. Some arrived wearing blue-and-gold ribbons, the colours of the Ukrainian flag. The White House insists Joe Biden isn’t seeking regime change in Russia, after he gave a speech in Poland saying Vladimir Putin “cannot remain in power”. French President Emmanuel Macron has warned against an “escalation” of the war

06:28President Zelenskyy says Ukraine could hold a referendum on NATO and neutrality, but what do you think?16:20

The Ukrainian government says it is halting all civilian evacuations on Monday for fear of Russian “provocations”. It comes ahead of a new session of face-to-face talks between Russian and Ukrainian negotiators in Turkey.

Humanitarian corridors are usually organised daily from the towns most affected by the fighting to allow the evacuation of civilians.

Ukraine has repeatedly denounced Russian attacks on these corridors, especially around Mariupol.

Earlier, the besieged city’s mayor warned of a “humanitarian catastrophe” unless it was evacuated of its estimated 160,000 population still trapped (see post below).

Robert Habeck told reporters Monday that “all G7 ministers agreed completely that this (would be) a one-sided and clear breach of the existing contracts”.

He said Vladimir Putin’s demand showed the Russian leader had his “back to the wall”.

Habeck said after an online meeting with G7 energy ministers that “payment in rubles is not acceptable and we will urge the companies affected not to follow Putin’s demand”, calling Russia an “unreliable supplier”.

Vladimir Putin announced last week that Russia would no longer accept payments in dollars or euros for gas deliveries to the EU, giving Russian authorities a week to work out a new ruble settlement system.

“Putin’s attempt to divide us is obvious”, added Habeck, whose country chairs the G7 this year (US, UK, France, Canada, Japan, Germany and Italy).

Asked by reporters earlier Monday if Russia could cut gas supplies to European customers if they reject the demand to pay for the Russian gas in rubles, Kremlin spokesman Dmitry Peskov said that “we clearly aren’t going to supply gas for free”.

Ukrainian public broadcaster Suspilne has quoted the mayor of Mariupol as saying that around 160,000 people remain in the besieged port city, and that a “humanitarian catastrophe” would ensue if more evacuations are not possible.

Vadym Boychenko said Monday that Russian forces were preventing civilians from evacuating from the city and had been turning back some who tried to make it out.

Ukrainian presidential adviser Oleksiy Arestovich has said that Moscow’s announcement it intends to concentrate efforts on “liberating” the Donbas region could lead to a worsening of the situation around Mariupol.

The city authorities estimated in mid-March that more than 2,000 civilians have been killed in the city since the Russian invasion of Ukraine.

Mariupol, which had a pre-war population of more than 400,000, has seen some of the worst conditions. Russian forces have pounded the city, and scores of civilians have been unable to escape, with no access to essentials and cut off from communication with the shelling of cell, radio and TV towers.

Danish brewing giant Carlsberg announced on Monday that it is pulling out of the Russian market, and putting its extensive operations in the country — which employs 8,400 staff — up for sale.

“We have taken the difficult and immediate decision to aim for a complete sale of our Russian operations, which we believe is the right thing to do in the current environment. Once finalised, we will no longer have a presence in Russia” the company said in a statement. 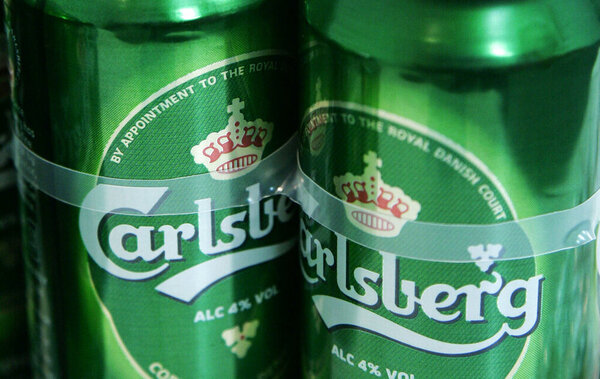 Authorities in Germany are considering whether to prosecute anyone who uses the Z symbol in support of Russia’s invasion of Ukraine. 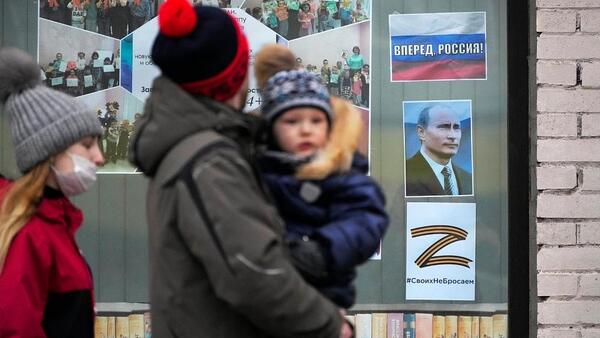 The European Union wants member states to do more to crack down on so-called ‘golden passports’ to Russian or Belarussian citizens — and to consider withdrawing them for people facing sanctions in connection with the war in Ukraine.

Three EU countries — Bulgaria, Cyprus and Malta — have for years earned significant revenue from granting nationality to foreigners in exchange for investment. However, all of the schemes are currently suspended.

“Some Russian or Belarusian nationals who are subject to sanctions or significantly support the war in Ukraine may have acquired European Union citizenship or privileged access to the Union, including free travel throughout the Schengen region” the Commission says.

The Commission is not asking countries to look at whether anyone who got a golden passport from Belarus or Russia is on an EU sanctions list, although it doesn’t know how many people might be involved.

One of the last independent news outlets in Russia has announced it’s closing down.

In a statement, Novaya Gazeta said they’d had two warnings from Russian press watchdog Roskomnadzor, which put their operating license at risk, so they had decided to close down while the war in Urkaine is ongoing.

The move comes at a time when Russian authorities are stepping up their pressure against critical voices.

Novaya Gazeta’s editor-in-chief Dmitry Muratov reveived the Nobel Peace Prize in 2021 for his work, and the paper says the warnings from Roskomnadzor are about being in breach of Russia’s controversial “foreign agents” law.

Specifically, Novaya Gazeta was cites for not having specified an NGO mentioned in one of its articles was classed as a “foreign agent” by the Russian authorities, as required by law.

What is alopecia? Jada Pinkett Smith joke sparks interest in the autoimmune disorder

Yale professor teaches the secret of happiness to the masses