Intense fighting to control Sievierodonetsk continued Tuesday, with both Russia and Ukraine making a series of claims and counter-claims about the situation on the ground. Moscow said it had “liberated” the eastern city, which is key to controlling Ukraine’s eastern Donbas region, although this was soon rebuked by Kyiv who maintained they were still in control.

Meanwhile, Ukraine appealed for more heavy weapons to counter Russia’s military offensive in the east. Allies of the country are moving to provide these sought-after arms, amid a broader international effort to get more grain out of Ukraine, yet it is taking time.

‘Finger cutter’: Police arrest one of…

Zelenskyy has said that victory will only be achieved when Russian forces are out of the ‘entire’ Ukraine, including Crimea and separatist areas. Ukraine and Russia have made contradicting statements on the situation on the ground in Sievierodonetsk. Zelenskyy praised the heroic defence of Sievierodonetsk late Tuesday night. Hundreds of dead Ukrainian fighters were handed over to Kyiv by Russia. Most were killed defending the Azovstal steel mill in the southern city of Mariupol. Russian FM arrived in Turkey Tuesday for two-day talks on unblocking grain exports from Ukraine, which have been stalled by Moscow’s offensive. Lavrov said he hopes the situation can be resolved, although placed the onus on Ukraine to de-mine the Black Sea.Ukraine set a release date for its ‘book of executioners’, which will detail alleged Russian war crimes comitted in the country. Russia has repeatedly denied such allegations.

The spike in grain prices due to blocked exports, posing a risk of food crises in the world, is caused by “Russian aggression” in Ukraine and not by sanctions against Moscow, according to the head of Ukrainian diplomacy.

“The real cause of this crisis: it is Russian aggression, not sanctions,” said Dmytro Kouleba, who added he wanted to “ruin” the Russian narrative that “the cause of the world food crisis would be the sanctions”.

On Sunday, Kuleba hit out at comments made by French President Emmanuel Macron, who stated on Saturday that Russia should not be humiliated over its invasion of Ukraine.

Kyiv says it is unconvinced by the explanations of Angela Merkel, who on Tuesday defended her approach to Ukraine and Russia during her 16 years as Germany’s leader.

In her first substantial comments since leaving office six months ago, the former German Chancellor she said had “nothing to apologise for” for having relied on diplomacy and trade to try to avoid a war in Ukraine.

She also strongly defended a decision in 2008 not to put Ukraine directly on track to join NATO, which Ukrainian President Volodymyr Zelenskyy in early April blasted as a “miscalculation.”

She suggested a stronger NATO green light for Ukraine in 2008 would have led to faster Russian aggression, with Ukraine less able to resist.

Merkel also said there was “no excuse” for Russia’s “brutal” attack on Ukraine and it was “a big mistake on Russia’s part.”

Adviser to the Ukrainian presidency, Mikhaïlo Podoliak, criticised the former chancellor for having supported the controversial Nord Stream 2 gas pipeline project, intended to transport Russian gas to Europe via Germany in particular.

“If Chancellor Merkel always knew that Russia was planning a war and Putin’s goal is to destroy the EU, then why build Nord Stream 2,” he wrote on Twitter.

He accused Merkel of fostering European dependence on Russian gas and oil.

In her remarks on Tuesday, Merkel said she had been aware for several years of the threat posed by Putin to European security but that it was in Germany’s interest to “find a modus vivendi with Russia”.

Germany has long practised a policy of reaching out to Russia, following the idea that trade would induce a gradual democratization of the country.

Zelenskyy: ‘We have to achieve a full de-occupation’

Ukrainian president Volodymyr Zelenskyy has said victory can only be achieved if Russia is fully out of Ukraine.

“We have to achieve a full de-occupation of our entire territory,” Zelenskyy said in an interview with the Finacial Times on Wednesday.

Victory means restoring “all” of Ukraine, he said. This includes Crimea, which Russia annexed in 2014, and separatist-held areas in the east of the country.

On the prospect of peace, Ukraine’s leader said he “simply cannot see the preconditions for ending the war.”

Rome has issued a warning Wednesday that Russia’s blockade of Ukrainian ports, which is preventing wheat exports, could lead to the death of millions.

“The next few weeks will be crucial for unblocking the situation, said Italian Foreign Minister Luigi Di Maio.

“We expect clear and concrete signals from Russia because blocking wheat exports means holding hostage and condemning to death millions of children, women and men,” he added.

The head of Italy’s diplomatic service was speaking at the end of a conference on food security in Mediterranean countries.

Participants at the ministerial conference were the UN Food and Agriculture Organization ( FAO) and Germany, the current president of the G7.

Ukraine, a major player in the world grain market, cannot export its crops currently blocked in its ports following the Russian invasion.

Alongside Russia, it is considered a bread basket of the world, proving one-fifth of the planet’s wheat supply. 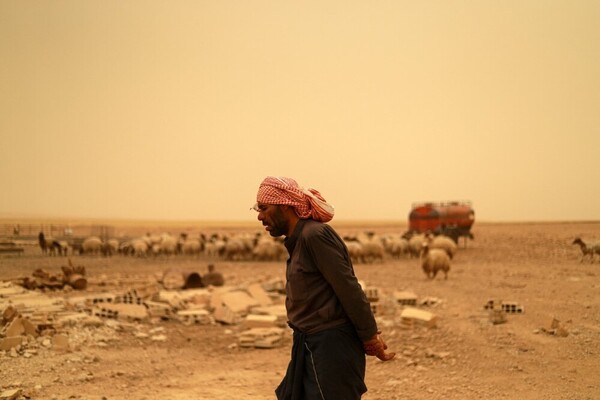 In Syria’s once-fertile northeast, wheat fields are drying to a crisp because of severe drought and low rainfall. The country is particularly vulnerable to food price rises caused by the Ukraine war. (Delil SOULEIMAN / AFP)11:31

Russia’s foreign minister Sergey Lavrov has said that he hopes the situation with exporting grain from Ukraine can be resolved, during a press conference in Turkey.

However, he added Kyiv must first de-mine the waters around Ukraine’s ports on the Black Sea.

Speaking in Ankara, where he was visiting his Turkish counterpart, Mevlut Cavusoglu, Lavrov said no action was needed by Russia because it had already made the necessary commitments.

“We state daily that we’re ready to guarantee the safety of vessels leaving Ukrainian ports and heading for the Bosphorus gulf,” he said. “We’re ready to do that in cooperation with our Turkish colleagues.

“To solve the problem, the only thing needed is for the Ukrainians to let vessels out of their ports, either by demining them or by marking out safe corridors, nothing more is required,” Lavrov added.

According to Reuters, Cavusoglu said a UN proposal to open a grain-export corridor was reasonable and requires more talks with all sides to ensure ships would be safe.

The inability of Ukraine to export grain, amid its on-going war with Russia and a Russian blockade, is aggravating global food prices, which is worsening food security for millions around the world.

Ukraine has accused Russia of the theft of its grain, which it has begun exporting out of ports that have fallen under occupation since Russia started its latest invasion of Ukraine in February.

Russia is attacking Sievierodonetsk from three sides but Ukrainian forces are holding out, according to the UK Ministry of Defence’s latest briefing.

Sievierodonetsk has seen heavy fighting in recent weeks. It is among a few cities and towns in the Luhansk region still holding out against the Russian invasion, which is being helped by local pro-Kremlin forces.

There have been conflicting reports about who has the upper hand. Moscow said it had “liberated” the eastern city, which is key to controlling Ukraine’s eastern Donbas region, although this was soon rebuked by Kyiv who maintained they were still in control.

President Volodymyr Zelenskyy, in his overnight address, praised the “heroic defence” of Sievierodonetsk.

‘Nobody is going to surrender Sievierodonetsk’, says Ukrainian governor

Serhiy Haidai, Ukraine’s governor of Luhansk, has said “nobody is going to surrender Sievierodonetsk” in a Telegram post.

He wrote Wednesday that the regional centre of Luhansk, which forms part of the Donbas, was experiencing heavy fighting.

“Fierce battles are taking place in Sievierodonetsk, our defenders are fighting for every inch of the city,” he said. Both Russian and Ukraine have made competing claims about the situation on the ground in this strategic eastern city, which saw fierce fighting on Tuesday

Haidai dismissed claims that Russians are in control of the strategic Lysychansk-Bakhmut road, but said it was under heavy fire. “We do not use this road, it is too dangerous,” he said.

In reference to Russian forces, Haidai added that “the plans of the racists have not changed, they “want” to capture Sievierodonetsk and the “way of life” by 10 June.

“All the racist forces have been thrown into this,” he continued. 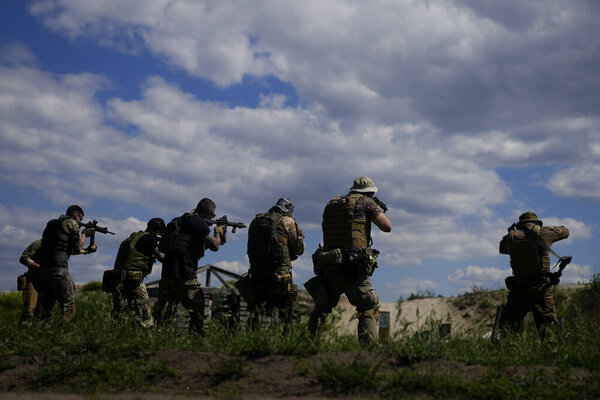 Sugar substitutes may interfere with liver’s ability to detoxify,…

Live: Ukraine claims it destroyed about one-third of Russia’s…