A man walks with his dog near an apartment building damaged by shelling from fighting on the outskirts of Mariupol, Ukraine

With Russia’s war in Ukraine into its second month, there has been movement at peace talks in Turkey.

As Moscow’s military offensive stalls in the face of strong Ukrainian resistance, Putin’s forces have been continuing to pound targets from afar.

See a summary of Wednesday’s developments in our blog below, and watch the report in the video player above.

Turkey says there will be no second round of talks between Russia and Ukraine in Istanbul on Wednesday.Ukrainian President Zelensky expresses his scepticism about Russia’s pledge to scale back military operations around Kyiv and Chernihiv, saying “Ukrainians are not naïve people”.It comes after negotiations in Istanbul on Tuesday which appeared to make progress towards a ceasefire.At those talks Russia promised to scale back some military operations, amid a switch to focus on Donbas in eastern Ukraine.Ukraine wants an international agreement that would see several countries guarantee its security.At least seven people were killed and 22 others wounded in a Russian strike on the southern city of Mykolaiv on Tuesday.  Four EU countries expelled a total of dozens of Russian envoys amid security fears.Russia planning to deploy 1,000 Wagner mercenaries to eastern Ukraine, says the UK’s MoD.

06:12Do you share Ukraine’s scepticism about Russia’s pledge to scale back military operations in Kyiv and Chernihiv?12:17

‘People had gone for days without finding food’

A spokesman for the World Food Programme (WFP) says it welcomes talk of a possible pullback of Russian forces in parts of Ukraine but the process of negotiating aid access has not improved.

He spoke after a WFP convoy reached the hard-hit city of Kharkiv with supplies for bakeries and emergency food rations.

“People had gone for days without finding food,” he said. “These are people who’ve never experienced hunger in their lives.”

He says WFP has already reached 1 million people with assistance. The goal is to reach 4 million in the coming months.

“Mariupol is top of mind,” he said, as well as Sumy and other partly encircled areas.

Polish Prime Minister Mateusz Morawicki says his country will take steps to end Russian oil imports by the end of 2022.

Morawiecki told a press conference on Wednesday that his Poland has already largely reduced its dependence on Russian oil, and was now launching the most radical plan among European nations to wean off Russian energy sources.

Yesterday, Poland announced it was banning imports of Russian coal, and Morawiecki said he expects gas imports will be cut in May and called on other European countries to follow suit.

Poland is arguing that money from oil and gas exports are fueling Russia’s war machine and that that should stop.

The UN High Commissioner for Refugees posted Wednesday on a website that tracks refugee flows around the world that 4.01 million people have now fled Ukraine. Of those, 2.3 million have entered Poland.

Aid workers say the flow has eased in recent days as many people await developments in the war. An estimated 6.5 million people have also been displaced from their homes within Ukraine.

No second round of talks in Istanbul today

The Turkish government says there won’t be a second round of talks between Russia and Ukraine in Istanbul today, as negotiators have already returned home.

The talks on Tuesday hosted by Turkey sketched out what could end up being a framework for ending the war. The talks had been expected to resume on Wednesday, but Turkish Foreign Minister Mevlut Cavusoglu said the two sides were bringing the proposals back to their capitals.

At the conference in Istanbul, Ukraine’s delegation laid a framework under which the country would declare itself neutral and its security would be guaranteed by an array of other nations.

Russian Deputy Defense Minister Alexander Fomin said Moscow would in the meantime cut back military activity in the direction of Kyiv and Chernihiv to “increase mutual trust and create conditions for further negotiations.”

Russian delegation head Vladimir Medinsky said negotiators would take Ukraine’s proposals to Russian President Vladimir Putin and then Moscow would provide a response, but he did not say when.

Going home to war: Why are more Ukrainian refugees now turning back from Poland?

More than ten million Ukrainians have been displaced from their homes during the last six weeks of fighting, with millions making their way to EU for safety.

But some people are now going in the other direction, back home. But why? 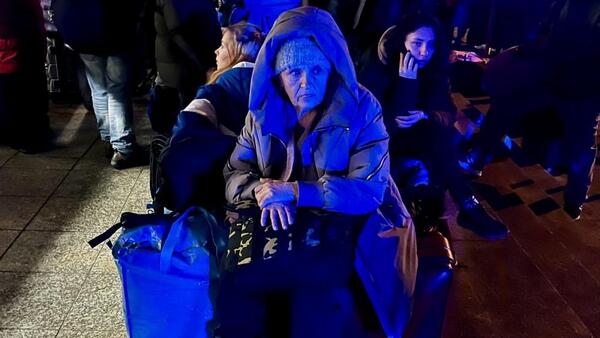 Going home to war: Why are more Ukrainian refugees now turning back?

Mariupol City Hall has denounced Russian troops for ‘forcibly’ evacuating a maternity hospital in the besieged southern port city, and taking them into Russia.

“More than 70 people, women and medical staff were forcibly taken away by the occupiers of the maternity ward No. 2 in the Left Bank district” the mayor’s office wrote on Telegram.

The municipality says in total more than 20,000 Mariupol residents were evacuated “against their will” to Russia, according to the municipality, which claims that the Russians confiscated their papers and redirected them “to distant Russian towns”.

This information cannot be independently verified, as Mariupol has been under siege since the end of February with communications failing.

Another maternity hospital and a children’s hospital in Mariupol were hit by shelling on 9 March, prompting international outrage. At least three people, including a child, died in the strike.

The head of Russian diplomacy, Sergei Lavrov, justified the bombing by saying that the maternity hospital building was, according to him, a base for a Ukrainian nationalist battalion.

Ukrainian President Volodymyr Zelenskyy said on Tuesday that the Russian attacks on Mariupol were “a crime against humanity”.

Germany has activated the first level of its emergency plan to secure natural gas supplies, in case Russia makes good on a threat to stop deliveres.

Economy Minister Robert Haback told a press conference on Wednesday that a crisis unit has now been set up in his ministry to oversee the situation, after the G7 rejected Russia’s request for ruble payments for gas supplies.

At this stage the emergency plan includes three levels of alert but Minister Habeck told reporters that “the security of supply” of gas is guaranteed in Germany.

Is Russia’s pledge to cut some Ukraine operations genuine, or a cynical move to buy time?

Western leaders have reacted with scepticism to Moscow’s pledge to “drastically reduce” combat operations around Kyiv and the northern city of Chernihiv.

“We’ll see,” said Joe Biden. “I don’t read anything into it until I see what their actions are.” The consensus of Western allies, he said, was to “see what they have to offer”.

So what do other Western leaders make of this new Russian pledge? Take a closer look in our story here: 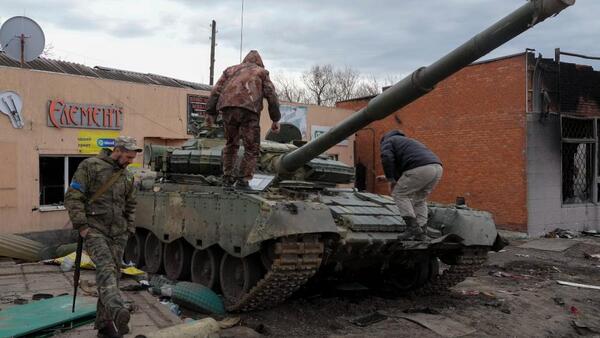 World Cup 2022: Which countries have booked their place in…