More than 200 civilians were reported dead in the war in Ukraine, a defence official said, as heavy fighting was reported in the country’s second-largest city Kharkiv.

A regional governor later claimed that the city was back under Ukrainian control.

Earlier on Sunday, Russian forces also targeted fuel supplies including a gas pipeline in Kharkiv and an oil depot near an air base in Vaskylkiv. Troops surrounded two cities in Ukraine’s south, according to Russian media.

Western countries announced on Saturday that they would remove “selected Russian banks” from SWIFT in an effort to cut the country off from the international financial banking system.

Here are the key points to know:

A regional official said Ukraine had taken back control of Kharkiv after heavy fighting broke out with Russian troops in Ukraine’s second-largest city on the fourth day of their invasion in the country.

Air raid sirens are reported to be heard in Kyiv, but the capital remains under Ukrainian control.

More than 200 civilian deaths were reported by Ukrainian officials.

Several EU countries have closed their airspace in retaliation to Russian planes.

President Vladimir Putin announced that the Russian nuclear arsenal had been put on alert in response to sanctions and “aggressive statements” against the country. “Western countries are not only taking unfriendly economic actions against our country. Leaders of NATO countries are making aggressive statements against us,” he said on Sunday.In a meeting with Defense Minister Sergei Shoigu and armed forces chief Valery Gerasimov, Putin ordered the Kremlin’s nuclear deterrence — but also other ballistic missiles — “on a special regime of duty,” he said.14:27

The French government will close its airspace “to all Russian aircraft and airlines” from Sunday evening, the Minister of Transport Jean-Baptiste Djebbari announced on Twitter.

France is following in the footsteps of many other European countries that have taken similar action in retaliation for Russia’s invasion of Ukraine, against which “Europe responds with total unity”, the minister said.

Volunteers bring blankets, food and water to the border and return to Warsaw and other areas of Poland with refugees.

“(The volunteering is at) a scale that I’ve never seen. I think it’s thousands and thousands of people… this is a national mobilisation,” Lempart told Euronews.

She said that basically 80% of her organisation’s work was dedicated to the crisis now, including housing Ukrainian families in their offices in Warsaw.

More than 360,000 people have fled Ukraine in the three days since Russia began its invasion, the UN refugee agency said.

Ukraine submitted an application against Russia to the International Court of Justice after reporting more than 200 civilian casualties.

“Russia must be held accountable for manipulating the notion of genocide to justify aggression. We request an urgent decision ordering Russia to cease military activity now and expect trials to start next week,” said President Volodymyr Zelenskyy in a tweet.

Russian President Vladimir Putin accused Ukraine of not “seizing the opportunity” for talks in Belarus.

“The Russian delegation is in the Belarusian city of Gomel and is ready to negotiate with the representatives of Kyiv,” Putin told Israeli Prime Minister Naftali Bennett in a phone call, according to a Kremlin statement.

President Volodymyr Zelenskyy said talks should take place in a country that has not played a role in the invasion of Ukraine.13:19

A Ukrainian official has said Kharkiv is back under Ukrainian control after reports of heavy fighting in Ukraine’s second-largest city.

Oleh Synegubov claimed the Ukrainian armed forces had pushed back Russians and said the city was under Ukrainian control.12:57

German Chancellor Olaf Scholz said on Sunday that Germany is committing €100 billion euros to a special fund for its armed forces, AP reports.

The move would raise the country’s defence spending to above 2 per cent of GDP, a target set by NATO.

“It’s clear we need to invest significantly more in the security of our country, in order to protect our freedom and our democracy,” Scholz told a special session of the Bundestag in Berlin Sunday morning.

More than 210 citizens of Ukraine were killed and more than 1,100 were injured, said Ukrainian government ombudsman Lyudmyla Denisova.

At least 47 civilians are in hospitals in Mariupol, including 17 in critical condition, she added.

“There is no norm of international humanitarian law left that the Russian Federation has not violated during its invasion of Ukraine,” she said.12:20

Dramatic images of suffering are emerging from Ukraine as Russia’s invasion of the country continued on Sunday.

Disbelief and devastation are etched on faces as Ukrainians survey the damage of Russian airstrikes. 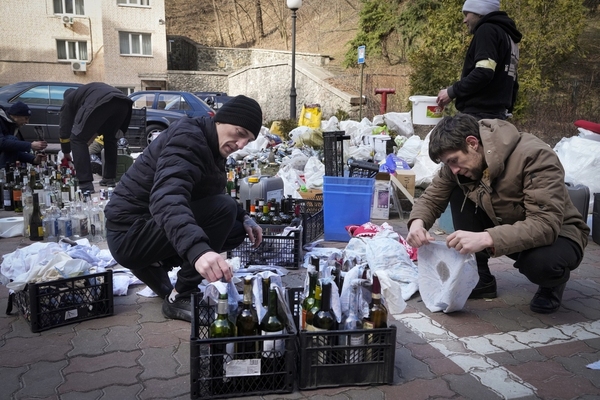 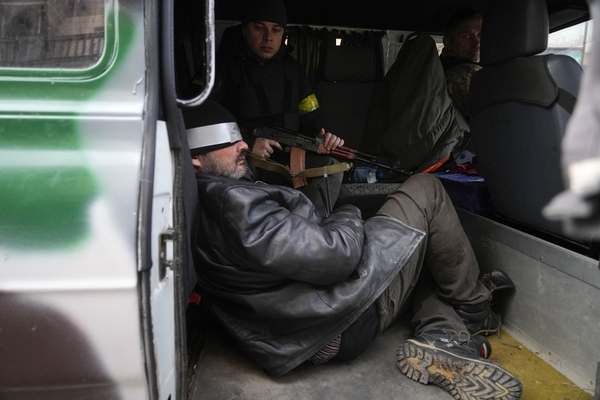 Ukrainian troops escort a man who they suspect is a Russian agent in Kyiv, Ukraine. February 27, 2022. Efrem Lukatsky/AP Photo 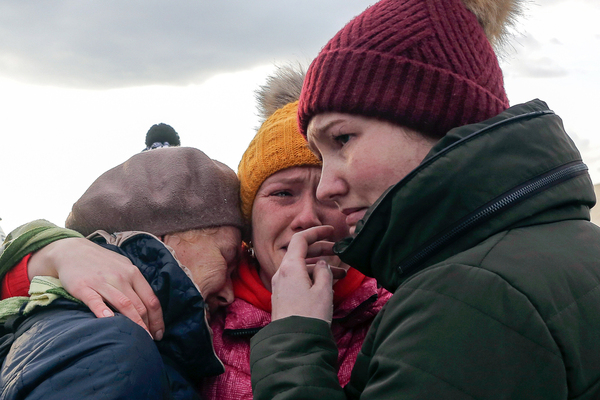 Wimbledon is ‘best tournament in the world’,…