Firefighters extinguish fires in an apartment building after being hit by shelling in Kyiv, Ukraine, Tuesday, March 15, 2022.

It’s day 20 of Russia’s war in Ukraine, which was launched by Vladimir Putin when Russian forces invaded Ukraine on 24 February.

Follow our live updates below or tune into Euronews in the video player above.

At least two people are dead after a strike on an apartment building in a western neighbourhood of Kyiv.

The Polish, Czech and Slovenia prime ministers are heading to Ukraine on Tuesday for talks, and to show “unequivocal support” from the EU.

President Zelenskyy has used a new video message to urge Russian troops to surrender, telling them they “have a chance to live” if they stop fighting.

Ukrainian and Russian negotiators are set to meet again on Tuesday via videoconference to continue talks to end the conflict. Monday’s talks ended without an agreement, with negotiators saying they were taking a “technical pause” and planned to resume today.

The Pentagon says nearly all of Russia’s military offensives remain stalled and made little progress over the weekend. A senior US defence official said Russian troops were still about 15 kilometers from the centre of Kyiv.

The governor of Dnipro region in eastern Ukraine says the airport has suffered “massive destruction” in overnight bombardments. Writing on Telegram, Valentin Reznitchenko wrote: “During the night, the enemy attacked Dnipro airport. Two strikes. The take-off and landing strip was destroyed. The terminal is damaged. Massive destruction.”Russian forces launched attacks on a number of Ukrainian airports right at the start of their invasion on 24th February, and have targeted airport infrastructure since then as well. 09:56

The prime ministers of Poland, Slovenia and the Czech Republic will be in Kyiv on Tuesday, as representatives of the European Council. Czech PM Petr Fiala wrote on twitter that they would also be joined by the Polish deputy prime minister, and would meet with Ukraine’s President Zelenskyy and Prime Minister Shmyhal.In a statement, Poland said the purpose of the visit is “to reaffirm the unequivocal support of the whole of the European Union for the sovereignty and independence of Ukraine and to present a comprehensive package of measures in support of the state, and to Ukrainian society.”

Euronews’ international correspondent Anelise Borges is at the site of a deadly Russian strike on a Kyiv apartment block. You can watch her live dispatch from the scene, here. 09:39

At least two people are dead after a strike on a 15-storey apartment building in Kyiv. It happened in the city’s western Syyatochin neighbourhood, and the explosion blew out windows in the building, and in surrounding buildings too. A fire which started was extinguished by firefighters. Rescue workers say they found two bodies at the building, but were able to save 27 other people. 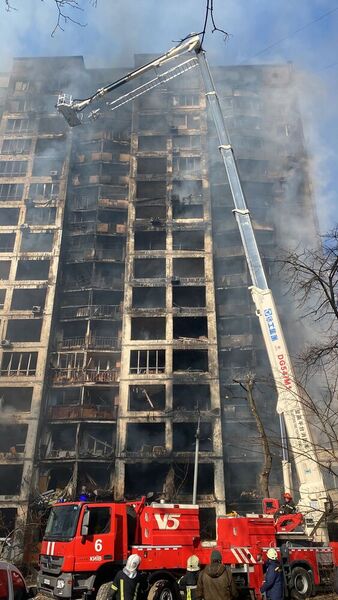 If you’re just logging on to check out the latest news from Ukraine, you may have missed this from last night. An anti-war protester interrupted a Russian news broadcast.

Video footage posted by multiple media organisations and journalists showed the woman holding a sign that read “Stop the war. Don’t trust the propaganda. They lie to you here” in front of Russia’s Channel One news presenter Yekaterina Andreyeva.

You can read the full story here. 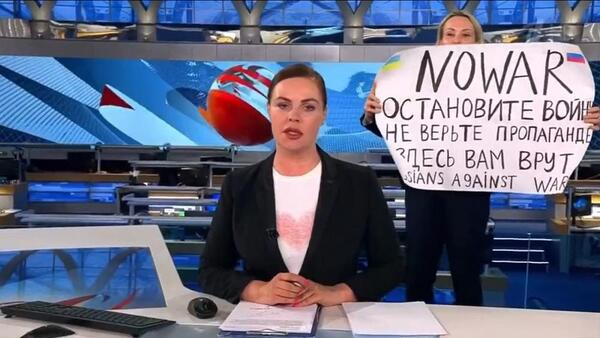 Here is the latest assessment from the Institute of War think tank on Russia’s progress in Ukraine.  “Russian forces made small territorial gains in Luhansk Oblast on March 14 but did not conduct any major attacks toward Kyiv or in northeastern Ukraine,” the think tank wrote in an online assessment.

“Russian forces continue to assemble reinforcements and attempt to improve logistical support in both the Kyiv and southern operational directions.”Ongoing Russian efforts to replace combat losses with both Russian replacements and non-Russian sources, including Syrian fighters and the Wagner Group, are unlikely to enable Russia to resume major offensive operations within the coming week.”

New Zealand will issue thousands of visas for Ukraine refugees

The New Zealand government says it will issue 4,000 special visas to refugees from Ukraine, if they have family in the country. “It’s a two year visa to help people escape the current conflict and to shelter here in the hope they can return home when the war ends” Minister of Justice Kris Faafoi said in a statement.Mr Faafoi said it was the largest category of special visas granted by New Zealand in decades to support ongoing international aid.

There are approximately 16000 NZ residents who were born in Ukraine and they will have the right to sponsor family members for this special visa category which allows them to work and send their children to school.

“New Zealand was one of the first countries to give humanitarian support to Ukrainians when Russia invaded, and these latest measures demonstrate New Zealand’s ongoing concern and compassionate approach over the suffering being caused to Ukrainians” Minister Faafoi said.

Pentagon: Most of Russia’s offensives in Ukraine remain stalled

A senior American official at the Pentagon in Washington says nearly all of Russia’s military offensives in Ukraine remain stalled, after making little progress over the weekend.

The assessment comes as US Secretary of Defence Lloyd Austin arrives in Brussels on Tuesday for talks with NATO counterparts. He will also visit Slovakia and Bulgaria this week. 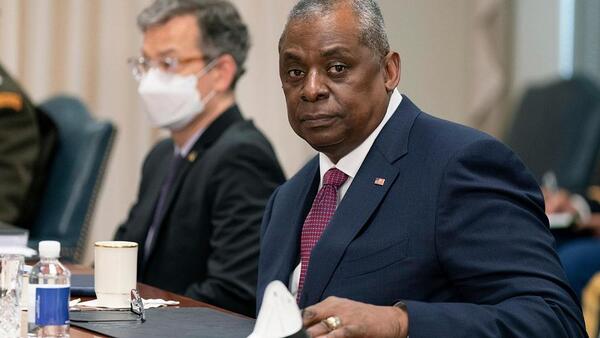 Russia and Ukraine to hold more talks on Tuesday

Negotiators from Russia and Ukraine will hold another round of talks via video on Tuesday, keeping open a narrow diplomatic path between the two countries. Mondays talks were the fourth round involving higher-level officials from the two countries and the first in a week, but wrapped up without a breakthrough after several hours.An aide to Ukrainian President Volodymyr Zelenskyy said the negotiators took “a technical pause” and planned to meet again Tuesday.

The two sides had expressed some optimism in the past few days. Mykhailo Podoliak, the aide to Zelenskyy, tweeted that the negotiators would discuss “peace, cease-fire, immediate withdrawal of troops & security guarantees.”

Previous discussions, held in person in Belarus, produced no lasting humanitarian routes or agreements to end the fighting.

In Washington, White House press secretary Jen Psaki said that while the Biden administration supports Ukraine’s participation in the talks with Russia, Russian President Vladimir Putin would have to show signs of de-escalating in order to demonstrate good faith.