civilians walk past a tank destroyed during heavy fighting in an area controlled by Russian-backed separatist forces in Mariupol, 19 April 2022

An effort to evacuate people from a steel plant in the Ukrainian city of Mariupol was planned to continue on Monday to bring people out of the steel plant where the city’s last defenders have been holding out, the Mariupol City Council said.

EU energy ministers hold crisis talks on Monday, striving for a united response to Moscow’s demand that European buyers pay for Russian gas in roubles or face their supply being cut off. Diplomats say the EU is edging towards a ban on Russian oil imports by the end of the year.

A safe passage operation at the steel plant in Mariupol was to continue on Monday at 7 am local time, local officials said. The plant is the last Ukrainian stronghold in the besieged southern Ukrainian port city.

Zelenskyy said on Sunday that a group of about 100 people were evacuated from the Azovstal plant during the day. Russia’s defence ministry put the number at 80 civilians.

He also accused Moscow of waging a “war of extermination”, citing a number of civilian targets hit by the Russian army on Sunday alone.

Meanwhile, the Russian troops continued to shell the Azovstal plant as soon as the evacuation operation ended, according to Ukrainian military sources.

At least four civilians were killed and another 11 injured in the Donetsk region on 1 May, governer Pavlo Kyrylenko said in his daily update. The number does not include casualties in Mariupol and Volnovakha.

More than a quarter of all troops Russia deployed for its war in Ukraine are now “combat ineffective”, says UK military intelligence.

EU energy ministers hold crisis talks on Monday, striving for a united response to Moscow’s demand that European buyers pay for Russian gas in roubles or face their supply being cut off.

Diplomats say the EU is edging towards a ban on Russian oil imports by the end of the year. 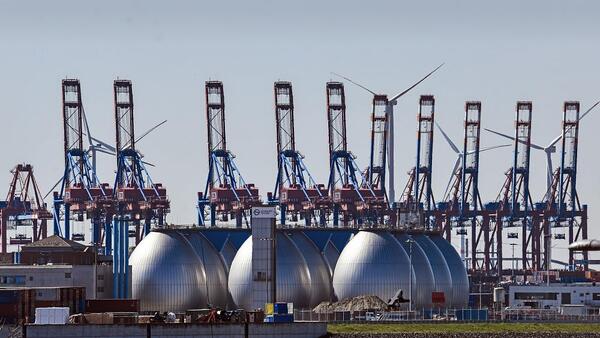 Russia halted gas supplies to Bulgaria and Poland last week after they refused to meet its demand to effectively pay in roubles.

Israel has summoned the Russian ambassador over comments made by the Russian foreign minister about Nazism and antisemitism.

In an interview with an Italian news channel, Sergey Lavrov explained that Ukraine could still have Nazi elements even if some figures, including the country’s president, were Jewish.

“Hitler also had Jewish origins, so it doesn’t mean anything,” he said, according to an Italian translation.

In a statement Monday, Israeli Foreign Minister Yair Lapid called the remarks “unforgivable and scandalous and a horrible historical error”.

“The Jews did not murder themselves in the Holocaust,” Lapid said. “The lowest level of racism against Jews is to blame Jews themselves for antisemitism.”

A quarter of Kremlin’s troops combat ineffective, including some of its elite forces

More than a quarter of all troops Russia deployed for its war in Ukraine are now “combat ineffective”, the UK Ministry of Defence stated in its daily briefing on Monday.

Russia committed over 120 so-called “battalion tactical groups” into the war since February, which represents 65% of all of Moscow’s combat strength.

The ministry said, “It is likely that more than a quarter of these units have now been rendered combat ineffective.”

The British military said that some of Russia’s most elite forces, like the VDV Airborne, “have suffered the highest levels of attrition”.

“It will probably take years for Russia to reconstitute these forces,” the ministry said.

Turkey’s president says the war in Ukraine should not negatively affect the tourism season.

President Recep Tayyip Erdogan said on Monday morning that his Russian counterpart Vladimir Putin is “very sensitive” about Turkey’s need for tourism revenue and has already pledged to give his support.

Erdogan added that Saudi tourists would also be arriving following his visit to the country last week.

Zelenskyy pointed to a double standard where Turkey acted as a meditator between Kyiv and Moscow while preparing destinations for Russian tourists.

Erdogan said he’ll speak with Putin this week to discuss speeding up evacuations from the besieged Ukrainian city of Mariupol and find a way for grain exports from Ukraine and Russia.

President Volodymyr Zelenskyy accused the Kremlin of waging “a war of extermination,” citing strikes against non-military targets on Sunday.

Zelenskyy said in his nightly address that Russian shelling had hit food, grain and fertilizer warehouses, and residential neighbourhoods in the Kharkiv, Donbas and other regions.

“The targets they choose prove once again that the war against Ukraine is a war of extermination for the Russian army,” he said.

He said Moscow will gain nothing from the damage but will further isolate itself from the rest of the world.

“What could be Russia’s strategic success in this war?” Zelenskyy said. “Honestly, I do not know.

Four civilians were reported killed and 11 more were injured by Russian shelling in the Donetsk region on Sunday, the Ukrainian regional governor said that evening.

The deaths and seven of the injuries were in the northern city of Lyman, governor Pavlo Kyrylenko wrote in a Telegram post. One person also died in the city of Bakhmut from injuries received in the Luhansk region, he said.

In the same post, Kyrylenko said that it was impossible to determine the number of victims in the bombed-out port city of Mariupol and the town of Volnovakha, which is controlled by pro-Kremlin separatists.

An explosive device damaged a railway bridge on Sunday in the Kursk region of Russia, which borders Ukraine, and a criminal investigation has been started.

The explosion on Sunday caused a partial collapse of the bridge near the village of Konopelka, on the Sudzha-Sosnovy Bor railway, the region’s government reported in a post on Telegram.

Overnight on Monday, two loud explosions could be heard in the area of Belgorod.

According to the region’s governor Vyacheslav Gladkov, there was no damage or casualties.

Social media users reported seeing bright flashes in the sky and hearing the sound of explosions.

Recent weeks have seen a number of fires and explosions in Russian regions near the border, including Kursk.

An ammunition depot in the Belgorod region burned after explosions were heard, and authorities in the Voronezh region said an air defence system shot down a drone.

A Ukrainian military officer says that Russian forces have resumed their shelling of a steel plant in the war-torn port city Mariupol immediately after the partial evacuation of civilians.

Shlega says that at least one more round of evacuations is needed to clear civilians from the plant. He says dozens of small children remain in bunkers below the industrial facilities.

The commander estimates that several hundred civilians are still trapped at the site alongside nearly 500 wounded soldiers and numerous dead bodies.

The plant is the only part of the city not occupied by the Russians.

In the muddy woodlands of a Baltic island, Sweden’s soldiers are getting ready for Russian attack