Russian forces have begun a new offensive in the east of Ukraine after their retreat from the capital region and other parts of the country.

The Ukrainian military’s General Staff noted that “a new phase of war” began when troops attempted to break through defences in the eastern regions.

Read more about Tuesday’s events as they unfold in our blog below, or follow our live coverage in the video player above.

The Russian offensive on eastern Ukraine has begun on Monday night, Ukrainian President Volodymyr Zelenskyy announced in a video address.

The Ukrainian military’s General Staff noted that a “new phase of war” began when “the occupiers made an attempt to break through our defences along nearly the entire frontline in the Donetsk, Luhansk and Kharkiv regions.”

Russian government has continued to expel European diplomats on Tuesday, including representatives of Austria, Belgium and the Netherlands.

Multiple missiles struck the western Ukrainian city of Lviv on Monday, killing seven and wounding 11, according to the city’s governor.

Russia has Mariupol surrounded and has been fighting a bloody battle to seize it.Mariupol has been effectively wiped off the map, says Ukraine’s Foreign Minister Dmytro Kuleba.

Chancellor Olaf Scholz says Germany will continue to enable weapons deliveries to Ukraine, with one possibility being systems from eastern European nations that would be easily and quickly usable.

Scholz has faced increasing pressure from within his own governing coalition and the main opposition party to deliver heavy weapons such as German Leopard tanks.

But Scholz said Germany and its partners in the Group of Seven industrial nations have concluded it makes more sense to send in systems already used in Ukraine, such as the Soviet-era weapons some NATO partners still have.

Western partners would help those countries with replacements.

After conferring with other Western leaders on Tuesday, Scholz said “all of us will continue to support Ukraine, financially and also militarily.”

He said the priority has been to deliver what can be supplied and used quickly, first from Germany’s own limited supplies and then funding purchases by Kyiv, and that any unilateral decisions by Germany “would be wrong”.

Scholz said that it’s important to prevent the war from spreading to other countries, “so NATO can’t and won’t intervene directly in the war.”

The Kremlin’s diplomats are stepping up to do more online disinformation as governments and social media companies move to suppress Russia’s state media and the propaganda it spreads about the war in Ukraine, researchers claim.

“Each week since the beginning of the war these diplomats have posted thousands of times, gaining more than a million engagements on Twitter per week,” said disinformation researcher Marcel Schliebs at the Oxford Internet Institute who tracks more than 300 social media accounts linked to Russian embassies, consulates and diplomatic groups.

Tech companies have responded by adding warning labels and removing Russia’s diplomatic accounts from its recommendations and search results.

Speaking in front of the United Nations headquarters in New York, Secretary-General António Guterres called for a four-day ceasefire in Ukraine, as millions of Eastern Orthodox faithful celebrate Easter on Sunday.

Guterres on Tuesday denounced the Russian offensive in eastern Ukraine and called on both sides to halt the fighting for a “humanitarian pause” to mark the religious holiday.

His call for the warring parties to lay down their arms comes as Russia has intensified its offensive in the east of Ukraine.

“I am calling today for a four-day humanitarian pause for the Holy Week,” from Thursday to Sunday, “to allow the opening of a series of humanitarian corridors” in Ukraine, the UN chief said.

More than four million people in areas such as Mariupol, Donetsk, Luhansk and Kherson are in need of assistance , said Guterres.

For over two decades since the end of the Soviet Union until the Russian invasion of Crimea, Ukraine was officially non-aligned – or neutral – in international affairs.

This meant that while the country often swung between pro-Russian and pro-European governments, it did not formally take a side in the geopolitical to-and-fro between East and West.

All that changed in 2014, when Russia seized Crimea. Ukraine officially abandoned its neutrality and MPs cheered as they voted to drop the country’s non-aligned position by 303 votes to just eight. 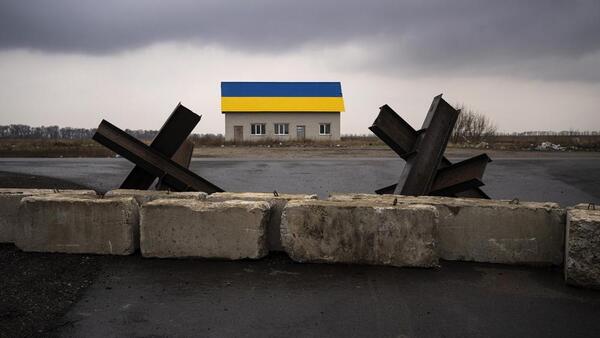 Diplomats from Belgium, the Netherlands and Austria will have to leave Russia, Moscow has announced.

The Russian Foreign Ministry has said this move is in retaliation for similar measures taken by Europe, following Russia’s offensive in Ukraine.

An unknown number of Belgian diplomats have been expelled from Russia, after 21 Russian diplomats were asked to leave the country.

A further 15 Dutch diplomats and four Austrians must pack their bags and leave Russia before 24 April.

“We will now see what the consequences are of having so many colleagues leave Moscow and St. Petersburg,” said Dutch Foreign Minister Wopke Hoekstra in a statement, adding he “regrets” Moscow’s move.

Countries across Europe have pursued a policy of expelling Russian diplomats since Russia invaded Ukraine in February, amid a broader package of sanctions.

Some expulsions have accompanied accusations of espionage.

The Russian Foreign Ministry said it “reserves the right to take retaliatory measures” for “unfriendly and baseless” expulsions of its diplomats.

It promised to respond to each of these measures, with more evictions notices expected in the coming days.

Which country has given the most money to Ukraine?

Lots of nations have donated funds to Ukraine since the war began, but which has given the most? 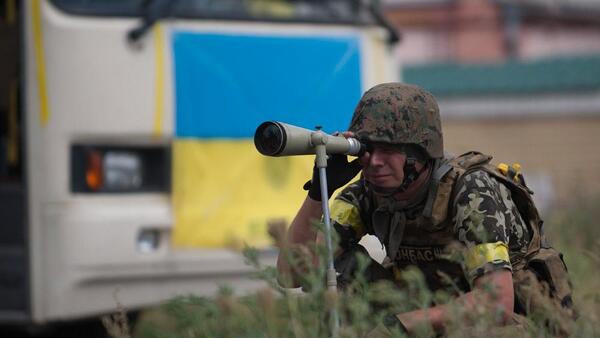 Seventy-six Ukrainians have been freed in a prisoner swap with Russia, Kyiv announced Tuesday.

They did not reveal how many Russians had been handed over to Moscow in return or if they had made any other concessions.

This is the fifth exchange of prisoners since the beginning of the Russian invasion she claimed.

A previous prisoner exchange took place on Friday April 15 after “tense” negotiations in the Kherson region in southern Ukraine, according to Kyiv.

Syria: 14 killed and at least three injured after explosion…

Again they did not specify the details of the exchange.

On Monday, Ukraine’s security services released footage of the detained pro-Russian politician Viktor Medvedchuk, who asked to be exchanged for an evacuation of the besieged city of Mariupol.

Later that day Russia aired a clip of two British nationals, who were captured fighting for Ukrainian forces.

They appealed to UK PM Boris Johnson to help negotiate their release.

At least five people have been killed and three wounded, following a Russian attack on a residential area in Kharkiv, say AP journalists.

Tuesday’s attack took place as residents attempted to carry on with business as usual in the city, with spring flowers being planted in public areas by state employees.

Five other civilians in the northeastern city have been killed and 17 wounded in the past 24 hours, according to the regional governor in Kharkiv.

Kharkiv is near the front lines and has suffered repeated shelling from Russia since the war began.

The most powerful pictures taken during the Russia-Ukraine war

Over the last two months, photographers have been putting their lives on the line to capture the realities of the war engulfing Ukraine. Here is a look at 20 of the most powerful photographs taken during the conflict. 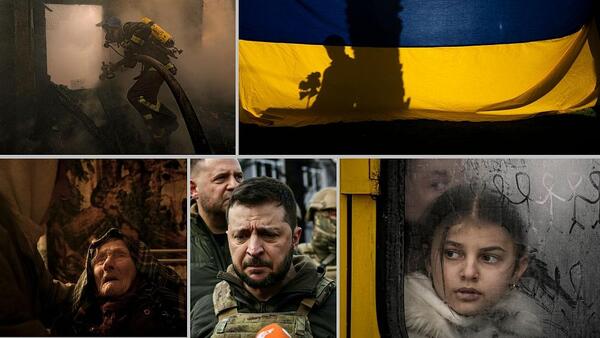 US reports at least 30 kids test positive for monkeypox