Ukrainian President Volodymyr Zelenskyy says he wants a tough global response to Russia after its forces fired a missile at a crowded train station, killing at least 52 people in Kramatorsk.Moscow has denied responsibility and suggested Ukraine was behind it.Zelenskyy says Russia must be held to account for the Kramatorsk attack, mass killings in Bucha, and other atrocities.  Britain’s Ministry of Defence says Russian naval vessels have continued firing cruise missile’s into Ukraine’s Donbas region, and continues to hit non-combatants too.US officials say the Pentagon has determined that some of the Russian combat units that retreated from the Kyiv area in recent days are so heavily damaged and depleted that their combat utility is in question.Visiting Kyiv, European Commission President Ursula von der Leyen handed over a questionnaire that could kickstart his country’s membership in the bloc.The leader of Poland’s ruling conservative party Jaroslaw Kaczyński has criticised his ally, Hungarian nationalist Prime Minister Viktor Orbán over his refusal to condemn Vladimir Putin for the invasion of Ukraine.

The United Nations High Commission for Refugees says more than 4.4 million Ukrainians have fled their country since the start of the Russian invasion on 24 February.

On Saturday UNHCR said that it had registered 4,441,663 Ukrainian refugees.

That number is 59,347 more than during the previous tally on Friday.

Some 90% of those who fled Ukraine are women and children, with Ukrainian authorities not allowing men of military age to leave.

According to the UN’s International Organization for Migration (IOM), around 210,000 non-Ukrainians have also fled the country, sometimes encountering difficulties in returning to their country of origin.

The UN also estimates the number of internally displaced people at 7.1 million, according to IOM figures released on 5 April.

In total, therefore, more than 11 million people, or more than a quarter of the population, have had to leave their homes either by crossing the border to reach neighboring countries, or by finding refuge elsewhere in Ukraine.

Russian officials on Saturday accused Youtube, owned by US giant Google, of suspending the account of the Russian parliamentary channel, promising retaliation that raised fears of a blockage of the service in Russia.

“The United States wants to have a monopoly on the dissemination of information,” he said on his Telegram account. “We cannot allow this.”

Journalists in Moscow found that the account in question was no longer accessible on the platform on Saturday morning, with or without a virtual private network (VPN), a tool which makes it possible to avoid blocks.

According to Moscow, the “Duma-TV” account has more than 145,000 subscribers on Youtube. It broadcasts excerpts from parliamentary exchanges, interviews with Russian MPs and live broadcasts.

Impeachment hearings depict a quid pro quo that evolved over…

In recent weeks, in the midst of the conflict in Ukraine, Youtube has already been accused several times by Moscow of having blocked the accounts of Russian media and officials.

Renowned Ukrainian conductor Dalia Stasevska has posted a picture of her brother in the remains of the Bucha concert hall, showing a destroyed grand piano.

“There are soldiers talking with their parents about what they stole and who they abducted. There are recordings of prisoners of war who admitted killing people,” Zelenskyy said in an excerpt of an interview with CBS’ “60 Minutes” that aired Friday.

“There are pilots in prison who had maps with civilian targets to bomb. There are also investigations being conducted based on the remains of the dead,” he said in a translation provided by CBS.

Zelenskyy said “everyone who made a decision, who issued an order, who fulfilled an order” is guilty of a war crime. Asked whether he held Russian President Vladimir Putin responsible, he said: “I do believe that he’s one of them.”

The government of Serbia wants NATO to explain why its jets have allegedly shadowed Serbian passenger planes flying back from Russia.

Serbian officials said that on Wednesday a NATO jet flew close to an Air Serbia flight from Moscow to the Serbian capital, Belgrade, near the Latvian border.

A similar incident was reported by Serbian media on Friday when reportedly a NATO Belgian Air Force fighter jet “escorted” another Air Serbia plane flying from St. Petersburg to Belgrade.

Besides Turkish carriers, Air Serbia remains the only European airline to maintain its regular flights to Russia after an international flight ban was imposed.

Serbia has voted in favor of UN resolutions condemning the Russian invasion of Ukraine but has refused to join international sanctions against its ally Moscow. 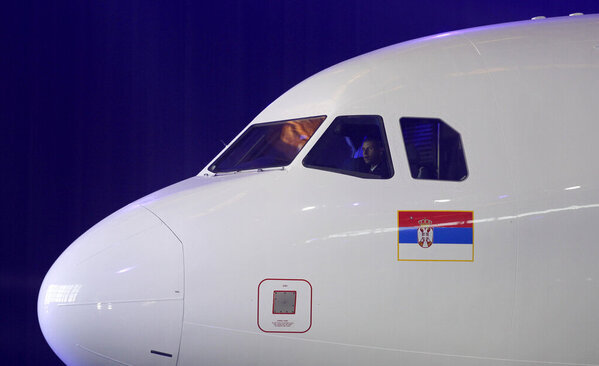 The British Ministry of Defence says that Russian naval forces have been firing cruise missiles into Ukrain, targeting the Donbas region cities of Mariupol and Mykolaiv.

The latest assessment, published on Saturday morning, also says Russia “continues to hit Ukrainian non-combatants, such as those killed in yesterday’s rocket strike on Kramatorsk railway station in eastern Ukraine.”

The MoD says Russian air activity is expected to increase in the south and east of Ukraine as Russian forces concentrate their efforts on combat in the Donbas area.

A senior American defense official says the Pentagon has determined that some of the Russian combat units that retreated from the Kyiv area in recent days are so heavily damaged and depleted that their combat utility is in question.

The official described these units as “for all intents and purposes eradicated,” with only a small number of functioning troops and weapons remaining. The official, who spoke on condition of anonymity to discuss internal US military assessments, did not say how many units sustained such extensive damage.

The official said some combat units that withdrew from the Kyiv area are beginning to move toward the Russian towns of Belgorod and Valuyki for refitting and resupplying before likely deploying to the Donbas region of Ukraine. The official also said the US has seen thousands of additional Russian troops added to the combat force that Moscow has been using in and around the Ukrainian city of Kharkiv.

The official says that the US believes Russia has lost 15 to 20 percent of the combat power it had assembled along Ukraine’s borders before launching its invasion on 24 February.

“Like the massacres in Bucha, like many other Russian war crimes, the missile attack on Kramatorsk should be one of the charges at the tribunal that must be held,” he said during his nightly video address to the nation Friday.

The president told Ukrainians that great efforts would be taken “to establish every minute of who did what,” so that those behind the attack would be held responsible.

“It is energy exports that provide the lion’s share of Russia’s income and allow the Russian leadership to believe in their impunity,” Zelenskyy said. 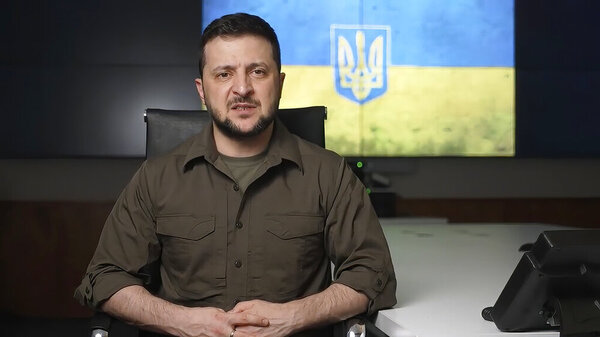 Live: No ceasefire or concessions, Ukraine said, as fighting in Donbas…

Gary Rhodes: ‘He could be stubborn… the mark of a great…

Vaccinated patients with blood cancers are at higher risk of…