Heavy fighting continues in eastern Ukraine’s Donbas region as President Zelenskyy met with troops and commanders on the ground in his latest tour of the frontlines.

His visit comes as Ukrainian forces appear to be making ground in counter offensives against the Russians in several key areas.

President Zelenskyy has visited troops and commanders on the frontlines in eastern Ukraine’s Donbas region. He also met civilians who have been forced from their homes during Russia’s invasion. The UK will supply new rocket launcher systems to Ukraine, with a range of 80km. Russia’s Foreign Minister Sergei Lavrov has been forced to cancel a Monday visit to Serbia after neighbouring countries closed their airspace to the top Russian diplomat’s plane.Ukraine’s national football team lost out on a place in this year’s World Cup with a 1-0 loss to Wales on Sunday night.Ukrainian forces state they have launched a successful counter-offensive against Russian troops in the eastern city of Sieverodonetsk, now holding half of the city. Earlier on Sunday, Moscow also claimed progress in this key city in the Donbas.An historic all-wood Orthodox church, a part of a centuries-old monastic complex, has caught fire near the frontline in eastern Ukraine. Both sides blame each other for the blaze. France’s President Emmanuel Macron has been rebuked by Ukraine’s top politicians, including President Volodymyr Zelenskyy and Minister of Foreign Affairs Dmytro Kuleba for saying Russia “must not be humiliated” over its war against Ukraine. 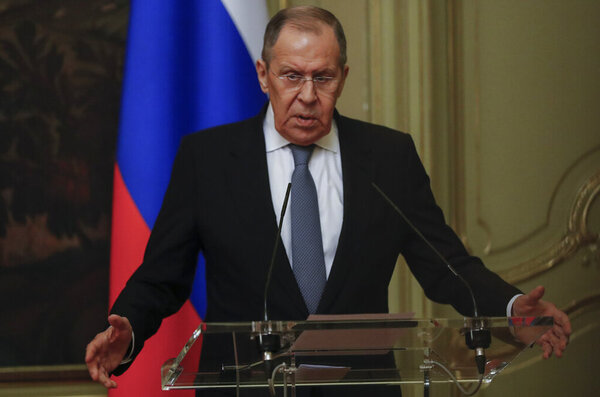 Thomas Cook: Why did the world’s oldest travel firm go…

Ukraine’s players wept in the rain while applauding their dejected supporters after missing out on qualifying for the World Cup by losing 1-0 to Wales in Europe’s last playoff for the FIFA soccer showpiece on Sunday.

The agonizing moment in a tight game came in the 34th minute when Andriy Yarmolenko inadvertently headed the ball into his own net while trying to clear Wales captain Gareth Bale’s free kick.

While Wales heads to a first World Cup in 64 years — opening against the United States in November — this was a game too far for Ukraine’s emotionally charged mission to qualify for Qatar while remaining under invasion by Russia.

“We did everything that we could,” coach Oleksandr Petrakov said through a translator,” but I really want the people of Ukraine to remember our team’s efforts.”

Petrakov’s priority, once the World Cup dream had been extinguished, was ensuring the suffering at home is not forgotten by the world.

“We have war raging all over the country,” Petrakov said. “We have children and women dying on a daily basis. Our infrastructure is being ruined by Russian barbarians. The Russians want to hurt us, but the Ukrainians are resisting and defending their land. We just want your support. We just want to you to understand what is happening back home.”

READ MORE IN OUR STORY HERE. 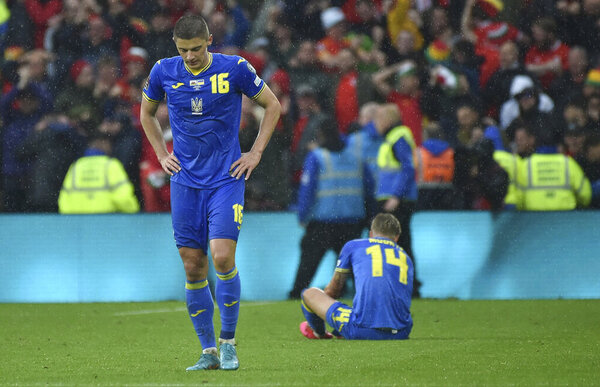 Ukrainian President Volodymyr Zelenskyy visited his troops on the frontline in the war-torn eastern region of Donbass against Russian forces on Sunday.

He made an announcement about the trip on a video posted to social media.

“We were in Lyssychansk, we were in Soledar,” said the leader, who visited command posts in these towns near Sieverodonetsk, a key city in Moscow’s offensive in the Donbass mining basin.

He also visited Bakhmut, in the southwestern Donetsk region, and held talks with military personnel, the presidency said.

During his trip, Zelenskyy “deepened his knowledge of the operational situation on the defensive frontline,” the presidency said.

“I want to thank you for your excellent work, for your service, for protecting us all, our state. I am grateful to everyone,” he told them. “Take care of yourselves!”

“I am proud of everyone I have met, shaken hands with, communicated with, supported,” Zelenskyy said in his daily address.

He also said he had visited Zaporizhia, to meet residents of Mariupol who managed to flee the strategic port on the Sea of Azov almost completely destroyed by Russian bombing.

“Each family has its own story. Most were without men,” he noted. “One family’s husband went to war, another’s husband is in captivity, another’s husband, unfortunately, is dead. A tragedy. No home, no loved ones. But we must live for the children. True heroes, they are among us.

Mr Zelenskyy had already visited the front lines in May, in the Kharkiv region.

Live: Ukraine claims it controls ‘half’ of Sievierodonetsk, continues to push back Russians

Fear is clouding judgement of Boris Johnson’s opponents over…