Hungary's Prime Minister Viktor Orban arrives to a round table meeting at an EU summit in Brussels, Friday, Oct. 22, 2021.

The United Nations says a third operation is underway to evacuate civilians from Mariupol’s besieged steel plant and the city.

Poland’s prime minister has told Euronews Vladimir Putin is a “war criminal” committing “genocide” in Ukraine, warning the EU against “business as usual” with Russia.

Follow the latest updates in the live blog below and watch our TV coverage in the video player above.

Hungary’s Prime Minister Viktor Orban said on Friday the EU’s proposed ban on Russian oil imports would amount to an “atomic bomb” dropped on the Hungarian economy.The UN confirmed to Euronews that a “safe passage operation” was under way in Mariupol “in coordination with the parties to the conflict”, to allow civilians to leave the steelworks besieged by Russian troops.Ukraine’s military said on Friday the Russian assault on the Azovstal plant was continuing “in some areas”, along with the ongoing blockade.Vladimir Putin said on Thursday night the Russian army was “always ready” to ensure civilian evacuations — adding that Ukrainian fighters should surrender. Moscow had pledged earlier to open a three-day humanitarian corridor from the Mariupol plant. President Zelenskyy has described a “catastrophic” lack of access to medical services and medicine in areas of the country under Russian occupation, in his nightly video address.The UN’s human rights chief Michele Bachelet has detailed “increasing” human rights abuses since the Russian invasion, including summary executions, arbitrary detentions and “possible enforced disappearances”. The European Union must not resume “business as usual” with Russia as long as he remains in power, Polish Prime Minister Mateusz Morawiecki told Euronews in an exclusive interview.Poland says an international donors’ conference in Warsaw raised €6 billion to support ongoing humanitarian efforts across Ukraine.Germany’s Foreign Minister will soon travel to Ukraine on an official visit, Chancellor Scholz said after the two countries resolved a diplomatic spat on Thursday.Israel’s Prime Minister Naftali Bennett says he accepted an apology from Russian President Vladimir Putin over controversial remarks about the Holocaust made by Moscow’s top diplomat.Belarus’ disputed leader Alexander Lukashenko told AP he didn’t expect Russia’s war in Ukraine to “drag on” for so long.

Orban also protested against the inclusion in the EU’s sanctions package of the head of the Russian Orthodox Church, Patriarch Kirill, a vocal supporter of Russia’s war in Ukraine.

“We will not allow church leaders to be put on a sanctions list,” he said in Friday’s radio interview in which he strongly criticised the proposed EU embargo on Russian oil (see previous blog post). 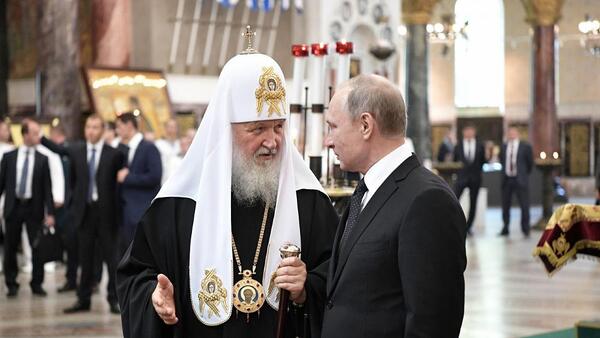 Patriarch Kirill’s support of Putin and the war has already drawn condemnation with Pope Francis warning him not to become “Putin’s altar boy”. #EuropeDecoded

Hungary’s nationalist Prime Minister Viktor Orban said on Friday that Brussels had crossed a “red line” in wanting to ban Russian oil imports and “undermined” the European unity displayed since the start of the war in Ukraine.

“Commission President Ursula von der Leyen “has deliberately or not attacked European unity,” he said in a radio interview. “From the beginning we have made it clear that there is a red line, namely the energy embargo. They have crossed that line.”

Orban said the European Commission’s current proposal banning Russian oil imports would amount to an “atomic bomb” dropped on the Hungarian economy, adding that Hungary was ready to negotiate if it sees a new proposal that would meet Hungarian interests.

The EU proposal to be put to member states, as unveiled by von der Leyen on Wednesday, involves imposing an EU-wide ban on Russian oil imports, to be phased out by the end of the year.

Hungary and Slovakia, both countries which are highly dependent on Russian pipeline oil, have pushed to be granted extra time to complete the phase-out.

Hungarian Foreign Minister Peter Szijjarto said on Wednesday that Hungary’s energy supply “would be completely destroyed” by the EU’s plan. Government spokesman Zoltan Kovacs told CNN that the minimum phase-out period for Hungary would be “three to five years”. 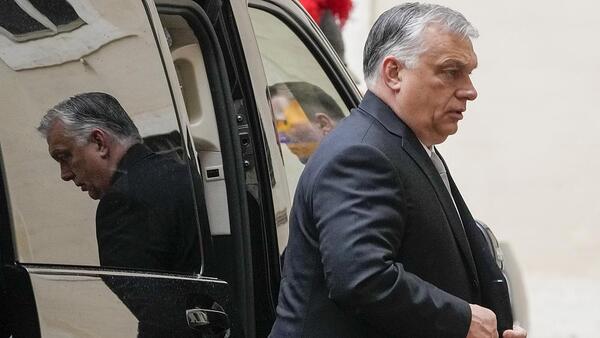 euronewsHungary, Slovakia and the Czech Republic are among the most sceptical over EU plans to ban Russian oil imports. #EuropeNews

‘500 civilians evacuated’ from Mariupol this week

Ukrainian authorities said on Friday that nearly 500 civilians have been taken to safety from the besieged and bombarded southeastern city, and that the evacuations were continuing on Friday.

“We have managed to evacuate almost 500 civilians” since the start of this “difficult” operation organised by the UN, the head of the president’s office Andriy Yermak said on Telegram. “Ukraine will continue to do everything possible to save all civilians and military personnel” trapped in Azovstal, he said.

The UN-led evacuations, which began last weekend, were due to continue on Friday from the huge steel plant, the last pocket of Ukrainian resistance in this strategic port in southern Donbas, Deputy Prime Minister Iryna Vereshchuk told AFP.

The UN, in association with the International Committee of the Red Cross (ICRC), announced on Thursday afternoon that it had sent a new convoy to Azovstal, where hundreds of soldiers, many of them wounded, and some 200 civilians still remain, according to the local authority.

“Today we are focusing on Azovstal,” Verechtchouk said. “The operation is starting now. We pray for its success,” she added.

On Thursday evening, she said Marioupol residents were being called to gather at 1000 GMT (1200 CET) in front of a Marioupol shopping centre to be evacuated.

The training of Ukrainian troops on the artillery weapons can start next week in Germany, she told reporters in the Slovak town Sliac where she was supposed to meet her Dutch counterpart later today.

The move follows the approval of a delivery of “Gepard” anti-aircraft tanks in late April, as the German parliament voted overwhelmingly in favour of supplying Ukraine with heavy weapons.

The Ukrainian military says the Russian effort to seize the steel plant in Mariupol continues.

The General Staff of the Ukrainian Armed Forces issued a daily statement Friday saying that “the blockade of units of the defense forces in the Azovstal area continues.”

It added: “In some areas, with the support of aviation, resumed assault operations to take control of the plant.”

Elsewhere in the country, the Ukrainian military said Russian forces are conducting surveillance flights of territory. In the hard-hit areas of Donetsk and Luhansk, Ukraine’s military said it repulsed 11 enemy attacks and destroyed tanks and armored vehicles. There was no immediate acknowledgement of those losses by Russia. (AP)

The British defence ministry’s daily update says Russia’s renewed effort to seize control of the Mariupol steelworks is linked to next Monday’s Victory Day Parade in Moscow, the annual celebration of the end of World War II.

It also notes that Russian forces continued their ground assault at the plant in contrast to Moscow’s claims that they were only sealing it off.

Russian President Vladimir Putin said on Thursday evening that “the Russian army was always ready to ensure the evacuation of civilians” from Azovstal, who could still number 200, trapped with Ukrainian fighters in this complex.

In a telephone conversation with Israeli Prime Minister Naftali Bennett, Putin “drew attention to humanitarian issues, including the evacuation of civilians from the Azovstal factory site (…), carried out in collaboration with representatives of the United Nations and the International Committee of the Red Cross,” the Kremlin said.

“The Russian army is always ready to ensure the safe evacuation of civilians,” Putin added, while accusing Ukrainian fighters of “holding them back”.

“As for the militants who still remain in Azovstal, the Kyiv authorities should order them to lay down their arms,” he said.

Kremlin spokesman Dmitry Peskov said earlier the Russian army was respecting the ceasefire around the factory and that humanitarian corridors around Azovstal were “working”.

This was denied by Ukrainian fighters on the ground. Sviatoslav Palamar, deputy commander of the Azov regiment, which is defending these installations, said in a video that “bloody fighting” was taking place inside the site and that the Russians were “not keeping their promise” of a truce.

High Commissioner for Human Rights Michelle Bachelet said serious violations of human rights and humanitarian law keep increasing every day. Since Russia invaded Ukraine on Feb. 24, she said, 6,731 civilian deaths and injuries have been recorded and “the real figures are considerably higher.”

From late February for about five weeks, she said, Russian forces in areas around Kyiv targeted civilian men whom they considered suspicious, detaining, beating, summarily executing them and in some cases taking them to Belarus and Russia. In other Russian-controlled areas including the Kharkiv, Donetsk, Luhansk, Zaporizhzhia and Kherson regions, she said her office continues to document arbitrary detentions and possible enforced disappearances of local officials, journalists, civil society activists, retired members of the armed forces and other civilians by Russian troops and affiliated armed groups.

“As of May 4, my office has documented 180 such cases, of which five victims were eventually found dead,” Bachelet said, adding that her staff has also heard about cases of women raped by Russian armed forces in areas under their control, and other allegations of sexual violence by both Russians and Ukrainians.

The Pentagon says the majority of Russian forces that had been around the port city of Mariupol have left and headed north, leaving roughly the equivalent of two battalion tactical groups there, or about 2,000 troops.

Pentagon spokesman John Kirby said Thursday that even as Russian airstrikes continue to bombard Mariupol, Moscow’s forces are still making only “plodding” and incremental progress as the main fight presses on in the eastern Donbas region.

He said he has seen no change in Russian behavior or momentum as May 9 draws near.

Russia celebrates Victory Day on May 9, the anniversary of the Soviet Union’s defeat of Nazi Germany in World War II. There have been suggestions that Russian President Vladimir Putin wants to tout a major victory in Ukraine when he makes his address during the traditional military parade on Red Square.

Kirby said the U.S. still assesses that Russia is behind schedule and not making the progress in the Donbas that it expected.

For a summary of Thursday’s developments in Russia’s war in Ukraine, click here.

Europe’s week: EU celebrates its foundation as war rages in…

Russia claims it has made first debt payment and avoided a…