People walk past a crater from the explosion in Mira Avenue (Avenue of Peace) in Mariupol, Ukraine, Sunday, March 13, 2022.

The Kremlin has warned that Russia doesn’t rule out launching military assaults to take full control of major Ukrainian cities “that are already surrounded” a spokesperson said on Monday afternoon, adding that so far there are no orders to carry out any assaults.

Russian Foreign Minister Sergey Lavrov said he will embark on a trip to Qatar, Saudi Arabia and the UAE in a bid to “engage in economical cooperation” after the Western allies hit Moscow with unprecedented sanctions for its invasion of Ukraine.

The US says Russia has asked China for military help for the war in Ukraine. The claim comes ahead of a key meeting in Rome between senior American and Chinese security officials on Monday.

A new round of talks is taking place today between Ukraine and Russia. The discussions are being held via videoconference follows a previous unsuccessful round talks in Belarus, and a meeting between the countries’ foreign ministers in Turkey last Thursday.

The Russian military said it killed up to 180 “foreign mercenaries” in strikes on Sunday against the Yavoriv military range in Western Ukraine not far from the Polish border. That casualty figure could not be independently confirmed.

A new poll in Finland for public service broadcaster Yle shows another jump in support for the Nordic country to join NATO. The latest poll, conducted in early March after Russia launched an invasion of Ukraine, shows:

The number of people in favour of applying to join NATO has increased by 11% in just a few weeks since the last survey was carried out. There has been a political shift as well, with more supporters of all parliamentary parties now in favour of joining NATO than against it. Finland, like neighbour Sweden, is not a member of NATO but has a close alliance with the military bloc. Traditionally support for joining NATO has been low – remaining at less than 30% over recent decades. Read more about the rapid changes for politics, business and society in Finland at our story here. 15:01

President Zelenskyy to address US Congress

Ukrainian President Volodymyr Zelenskyy will give a video address to the full US Congress on Wednesday afternoon at 13:00 GMT.The announcement was made by House and Senate Democratic leaders Nancy Pelosi and Chuck Schumer on Monday. US President Joe Biden has faced calls from many members of Congress, Democrats and Republicans alike, to take a tougher stance against Moscow in response to the invasion of Ukraine. 14:06

Poland’s Prime Minister Mateusz Morawiecki said on Monday that an aid fund for Ukraine should be set up, to be funded with the frozen assets of Russian state organisations and oligarchs. Mr Morawiecki made the comment after a meeting with his Lithuanian and Ukrainian counterparts in Warsaw. “Freeze the assets of the Russian state completely, confiscate it. Freeze the assets of Russian oligarchs, big and small, businessmen and politicians. Let them serve the people, the unarmed victims of Putin’s regime. They serve to rebuild the state which heroically defends its independence and sovereignty” Mr Morawiecki said. This proposal has already been rejected by a number of other countries, who believe it could be considered an act of war.  13:40

The Kremlin issued a warning on Monday that Russia’s military isn’t ruling out the option to launch assaults on major Ukrainian cities that are already surrounded. A spokesperson said “the Ministry of Defence, to ensure the maximum security of civilian populations, does not exclude the possibility of taking full control of the major cities that are already surrounded.” Dmitry Peskov, who is a spokesman for Russian President Vladimir Putin, says that so far no orders have been given to carry out any such assaults. 10:53

Ukraine said on Monday that it would demand an immediate truce and the withdrawal of Russian forces during a new session of negotiations with Moscow scheduled to take place via videoconference. “Our positions have not changed: peace, an immediate ceasefire, the withdrawal of all Russian troops, and only then can we talk about our neighborly relations and our political differences” Mykhail Podolyak wrote on Twitter. Podolyak is an adviser to Ukrainian President Volodymyr Zelensky.

There were nearly 175,000 Russians living in Ukraine with a residence permit at the end of January, and some are now experiencing an identity crisis as the Russian invasion continues.

Read more about the problems being faced by Russians who made Ukraine their home, in our story here: 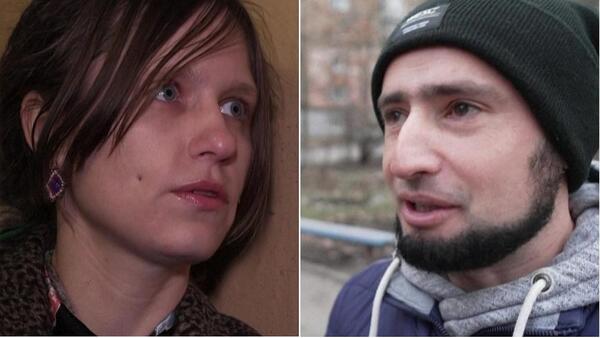 Russians living in Ukraine on their ‘rage, shame & terrible emptiness’

Watch our reporter live from Kyiv

Our correspondent Anelise Borges is in Kyiv and doing a Facebook live broadcast from a northern neighbourhood where at least one person was killed and a dozen more wounded in an apartment building early Monday morning. Watch Anelise’s report here:  https://www.facebook.com/watch/live/?ref=watch_permalink&v=68029943644278709:01 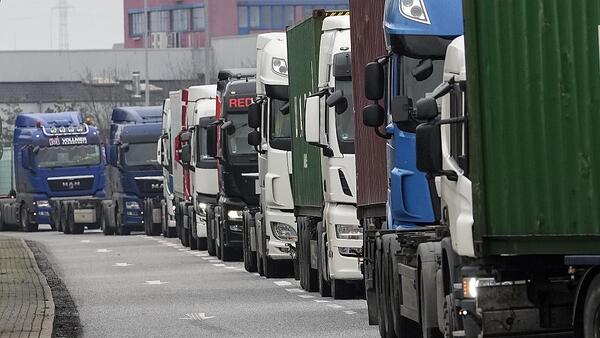 A strike on a residential building in Ukraine’s capital Kyiv killed at least one person and wounded 12 others early on Monday morning.Ukrainian emergency services updated their Telegram account to say the eight-storey building in Kyiv’s Obolon neighbourhood – in the north of the city – had been heat at dawn, probably “by artillery fire.” Initially the emergency services reported two deaths, but later revised thatnumber down. Three people were taken to hospital, while nine people were treated at the scene for their injuries. A fire which started in the apartment building was later brought under control by fire crews, who posted images on social media showing residents, including elderly people, being evacuated from the damaged building, which has its windows blown out, via the ladder of a fire truck.07:29

New round of Russia-Ukraine talks offers glimmer of hope

Russian and Ukrainian officials will meet via videoconference on Monday morning in the latest round of talks between the two sides. And there are signs which offer a glimmer of hope for progress to end the war, which began with Russia’s invasion of Ukraine on 24th February. On Sunday evening, a Russian negotiator reported “significant progress”. “My personal expectation is that this progress will lead very soon to a common position between the two delegations and to documents to be signed” Russian news agencies quotes Leonid Sloutski as saying. And an adviser to Ukrainian President Volodymyr Zelenskyy tweeted that Moscow had stopped issuing “ultimatums” to Kyiv and started to “carefully listen to our proposals”.Read more in our story here: 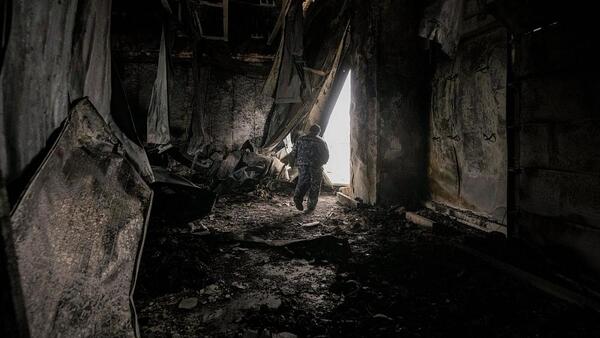 New round of Russia-Ukraine talks offer glimmer of hope

euronewsNegotiators from Russia and Ukraine will meet via videoconference on Monday morning with a change in tone between the two sides offering a possible glimmer of hope to end the war.

Putin will not dictate peace terms in Ukraine, says Germany’s…

INXS star Michael Hutchence and the secret he took to his…

Freddy McConnell: Transgender man who gave birth hits out at…