Ukrainian soldiers celebrate at a check point in Bucha, in the outskirts of Kyiv, Ukraine, April 3, 2022.

Ukrainian President Volodymyr Zelenskyy says he and Western leaders have discussed a new round of sanctions against Russia.The United States, in coordination with the European Union and the G7, is looking to impose a ban on all new investment in Russia as part of a new round of measures to be adopted on Wednesday.The EU has promised a fifth round of new sanctions “this week”, hitting the energy sector for the first time.Brussels wants an embargo on Russian coal imports. But experts say the impact of the sanctions “will only become real” once the Russian oil and gas imports are targeted.It comes amid global outrage at growing evidence of Russian atrocities against civilians in Ukraine, leading to charges that war crimes are being committed under Moscow’s command. Zelenskyy told the UN Security Council the Russian military must be brought to justice for war crimes, comparing Russian forces to “terrorists” over the massacre of civilians in Bucha and warning of more atrocities. Russia again offered a blanket denial, telling the UN the atrocities were “staged”, a claim debunked by satellite imagery and a catalogue of witness testimony.US President Joe Biden approved a $100 million (€92 million) transfer of Javelin anti-armour missiles to Ukraine on Tuesday, according to an administration official.A Ukrainian official says Russian troops have allowed 1,496 civilians to evacuate the besieged city of Mariupol by private vehicle but blocked a convoy of evacuation buses from entering.NATO foreign ministers meet in Brussels on Wednesday as allies look to step up military and humanitarian assistance to Ukraine.Also on Wednesday, Zelenskyy is set to address the Irish parliament.

President Zelenskyy said further face-to-face talks with Russia would be a challenge in light of the revelations of atrocities in Bucha.

Rustem Umerov, a Ukrainian lawmaker in the Verkhovna Rada who is part of Kyiv’s negotiating team, told Euronews there would be “no compromises on Ukraine’s territorial integrity”.

He also told Euronews Tonight of the recent attempted poisoning of peace negotiators. 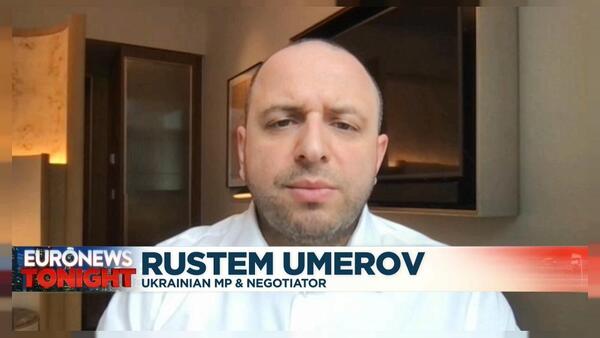 Climate change: Egypt confident it can work with China to…

Rustem Umerov, a Ukrainian MP who is part of Kyiv’s negotiating team spoke to Euronews about Kyiv’s expectations from the talks with Moscow.

Volodymyr Zelenskyy said French President Emmanuel Macron has agreed to provide technical and expert support for an investigation into crimes committed by Russian troops in Bucha and elsewhere.

Zelenskyy said Tuesday that he also asked Macron to help the people trapped in the besieged southern city of Mariupol.

In an interview with Turkey’s Haberturk television in Kyiv, Zelenskyy accused Russia of trying to hide its actions in Mariupol and didn’t want humanitarian aid to enter the city “until they clean it all up.”

Explosions were heard on Tuesday evening in the small town of Radekhiv, 70 kilometres from Lviv in western Ukraine and about 50 kilometres from the Polish border, according to a local official. The population was called upon to take shelter.
A large city close to the Polish border, Lviv has become a city of refuge for displaced people.
Meanwhile a regional official in western Ukraine says a Russian missile hit fertilizer tanks, polluting ground water.
Ternopil region Governor Volodymyr Trush said Tuesday that the Russian missile strike destroyed six reservoirs filled with fertilizers, resulting in an ammonia leak into ground water and the Ikva River.
Authorities are advising residents not to use water wells and stop fishing and officials have organised drinking water deliveries. Trush said the environmental situation was expected to stabilise in a few days.

Zelenskyy and NATO warn of Russian offensive in east and south

Ukrainian President Volodymyr Zelenskyy says Russian forces still are trying to push deep into Ukraine in the east, but the Ukrainian army is holding them back.

In his daily night-time video address to the nation late Tuesday, Zelenskyy said Ukraine was aware that Russia was gathering up reinforcements for another offensive.

Zelenskyy also said Ukraine is outnumbered both in troops and equipment.

NATO Secretary-General Jens Stoltenberg warned on Tuesday that in pulling back from the capital, Vladimir Putin’s military is regrouping its forces in order to deploy them to eastern and southern Ukraine for a “crucial phase of the war.”

Russia’s stated goal currently is control of the Donbas, the largely Russian-speaking industrial region in the east that includes the shattered port city of Mariupol.

“Moscow is not giving up its ambitions in Ukraine,” Stoltenberg said.

The EU is drawing up a fifth round of economic sanctions on Russia to maintain pressure on Putin and his government.

The sanctions will target Russian coal exports in the first move to hit Moscow’s energy sector.

But yet again, the question of gas appeared to be off the table.

Vicky Pryce, Chief Economic Adviser at the Centre for Economics and Business Research, told Euronews that the EU is gradually moving towards the US position in tightening sanctions. 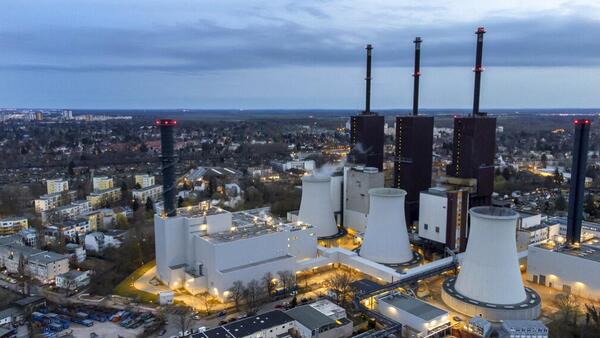 In an interview with Euronews, Chief Economic Adviser at the Centre for Economics and Business Research Vicky Pryce says gas is a key import that needs to be halted.

US sanctions to include ‘ban on new investment’ in Russia

The U.S. and its European allies will impose stiff new sanctions, including a ban on new investments in Russia on Wednesday, a U.S. official says, in retaliation for Russia’s “war crimes” in Ukraine.

The official spoke on the condition of anonymity to preview the announcement.

The joint action will include a ban on new investment in Russia, toughened sanctions on its financial institutions and government-owned enterprises, and more sanctions on Russian government officials and their family members.

The official said they would further Russia’s economic, financial and technological “isolation” from the rest of the world as a penalty for its attacks on civilians in Ukraine.

Ukrainian President Volodymyr Zelenskyy said late Tuesday that he and Western leaders have discussed a new round of sanctions against Russia.

“After what the world saw in Bucha, the sanctions against Russia must be commensurate with the gravity of the war crimes committed by the occupiers,” Zelenskyy said in his daily night-time video address to the nation.

In coordination with the European Union and Group of Seven nations, the U.S. will roll out more sanctions against Russia on Wednesday. That reportedly will include a ban on all new investment in the country.

Also, the EU’s executive branch has proposed a ban on coal imports from Russia in what would be the first time the 27-nation bloc has sanctioned the country’s lucrative energy industry over the war.

The coal imports amount to an estimated 4 billion euros ($4.4 billion) per year.

For a summary of Tuesday’s developments, please click here.

What’s behind the trend of women posting make-up free photos on social media?

10 best new wineries of 2022, according to USA TODAY 10Best readers