Virginia now has its first presumed case of monkeypox, the state’s Department of Health said today.

“Monkeypox is a very rare disease in the United States.  The patient is currently isolating and does not pose a risk to the public,” said State Health Commissioner Dr. Colin M. Greene. 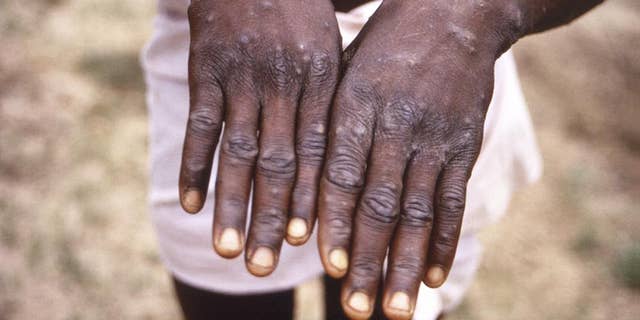 This 1997 image provided by the CDC during an investigation into an outbreak of monkeypox, which took place in the Democratic Republic of the Congo (DRC), formerly Zaire, and depicts the dorsal surfaces of the hands of a monkeypox case patient, who was displaying the appearance of the characteristic rash during its recuperative stage.
(CDC via AP)

“Transmission requires contact with someone with symptomatic monkeypox, and this virus has not shown the ability to spread rapidly in the general population. [Virginia Department of Health] is monitoring national and international trends and has notified medical providers in Virginia to watch for monkeypox cases and report them to their local health district as soon as possible.”

The adult patient resides in the Northern region of Virginia with recent international travel to an African country where the disease is endemic, but she is not requiring hospitalization and is isolating at home.

The health department is monitoring contacts and no additional cases have been detected at this time as the state awaits confirmation of the test results at the Centers of Disease Control and Prevention (CDC).

RSC cuts ties with BP amid pressure over its…

Massachusetts confirms first case of monkeypox in the United… 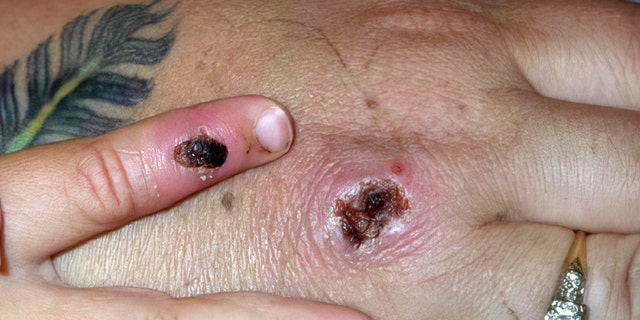 In these Centers for Disease Control and Prevention handout graphic, symptoms of one of the first known cases of the monkeypox virus are shown on a patient’s hand June 5, 2003. The CDC said the viral disease monkeypox, thought to be spread by prairie dogs, has been detected in the Americas for the first time with about 20 cases reported in Wisconsin, Illinois, and Indiana.
(Courtesy of CDC/Getty Images)

The agency recently issued a Level 2 travel alert to practice “enhanced precautions” when traveling, noting that cases have been reported in Europe, North America and Australia.

“Some cases [worldwide] were reported among men who have sex with men. Some cases were also reported in people who live in the same household as an infected person,” the agency said.

The Virginia case is among the nine monkeypox cases that have had samples sent to the CDC for additional confirmatory testing and genomic investigation, CDC Director Rochelle Walensky noted in a recent briefing. 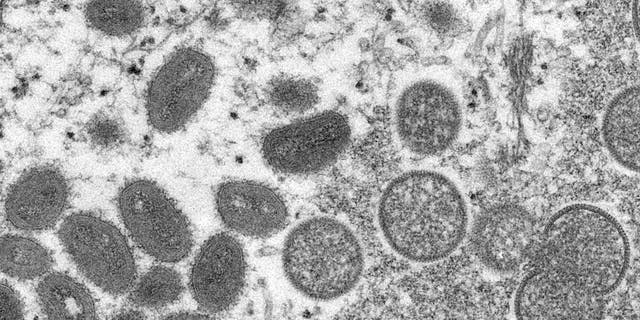 She said they are working to see how each contracted the infection, but some, but not all, have traveled to regions where they are active monkeypox outbreaks.

“We need to presume that there is some community spread, but there is active contact tracing that is happening right now to understand whether and how these cases might have been in contact with each other or with others in other countries,” Walensky said.

Could social media firm Meta have alerted authorities about the Texas shooter?

In the muddy woodlands of a Baltic island, Sweden’s soldiers are…

From George VI to Elizabeth II, memories of how royal funerals have…

More mask mandates lifted around US as CDC expected to announce…

COVID-19: People who catch coronavirus and flu at same time…