Water-borne infections can lurk in hot tubs, public pools, lakes and oceans this summer: Here’s what to know

Tips to stay safe in the water amid nationwide lifeguard shortages

As many look forward to the summer months and going into the water, beware of the germs lurking below that can cause water-borne infections and how to prevent them.

During 2015 to 2019, the Centers for Disease Control and Prevention (CDC) said the majority of the reported outbreaks associated with recreational water were secondary to a parasite called Cryptosporidium discovered in public pools or the bacteria known as Legionella in hot tubs, according a 2021 Morbidity and Mortality Weekly Report.

“Among the 155 (75%) outbreaks with a confirmed infectious etiology, 76 (49%) were caused by Cryptosporidium (which causes cryptosporidiosis, a gastrointestinal illness) and 65 (42%) by Legionella (which causes Legionnaires’ disease, a severe pneumonia, and Pontiac fever, a milder illness with flu-like symptoms),” the CDC said. 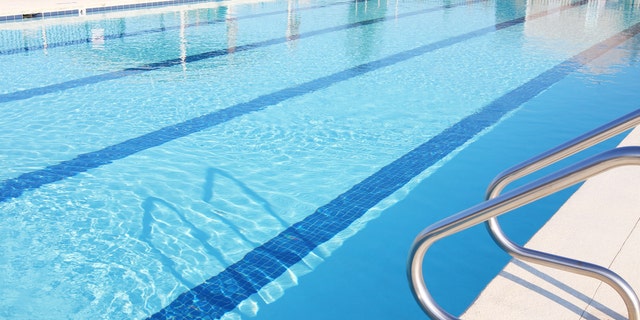 As many look forward to the summer months and going into the water, beware of the germs lurking below that can cause water-borne infections and how to prevent them.
(iStock )

Thirty-six states and the District of Columbia voluntarily reported 208 outbreaks associated with treated recreational water through the National Outbreak Reporting System. Public pools, hot tubs or water playgrounds accounted for almost all of the outbreaks, resulting in at least 3,646 cases of illness, 286 hospitalizations and 13 deaths.

And there’s a science behind why hot tubs in hotels may have the most germ-infested waters.

One theory is the hotel worker responsible for the water quality is “responsible for 100 other things,” said Michele Hlavsa, chief of the CDC’s Healthy Swimming Program.

So they may sometimes slack on their pool duties.

And it doesn’t help that the hot tub jets can splash water filled with disease-laden germs right into the mouth and nose of a hot tub occupant, Hlavsa noted.

Compounding the issue, these conditions allow certain bacterial pathogens to flourish in hot water, such as Legionella, which causes a severe pneumonia that makes people sick after they breathe in water droplets or swallow contaminated water with the bacteria into their lungs, per the CDC.

Also beware of Pseudomonas, which can cause an itchy rash known as hot tub folliculitis, where scattered red bumps erupt underneath the swimsuit several days after sitting in a hot tub not maintained well when the contaminated water stays on the skin for too long, per the CDC.

To decrease the risk of infection in hot tubs, some now use bromine instead of chlorine to kills germs because bromine is more heat-stable, according to the New York Times.

Briton reveals life on quarantined ship: ‘At 3.30am…

But what if you wanted to take your kids to the water park instead?

Out of the 208 outbreaks, more than half started during the summer months of June to August, with 92% of these outbreaks associated with pools and 11% with water playgrounds. 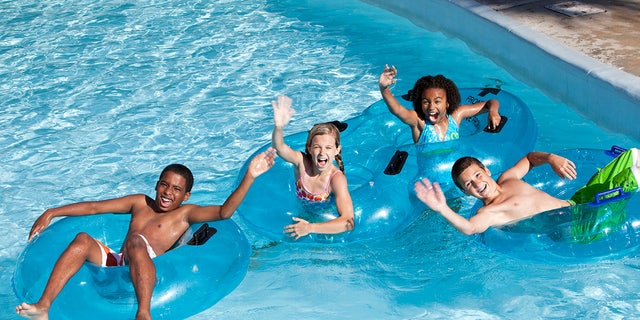 Hlavsa noted water parks are not as concerning for germs since they are operated by "professionals" and are "careful" to follow disinfection guidelines.
(iStock)

But Hlavsa noted water parks are not as concerning for germs since they are operated by “professionals” and are “careful” to follow disinfection guidelines.

Some states, like New York, treat the water in splash pads, which spray water on younger patrons known to be more hygienically challenged, with not only chlorine but also with ultraviolet light, which kills chlorine-resistant microbes.

She encouraged people to review the public inspection data for these parks, like what is available for restaurants, but recommends calling the local health department for more information.

But you even if you disinfect your pool with chlorine, some pathogens can still survive.

Cryptosporidium can cause outbreaks because the parasite’s outer shell allows it to survive in chlorinated water for more than a week, per the CDC.

But other infectious water-borne pathogens can also be chlorine-resistant, including Norovirus, a virus or Giardia, a parasite that may cause diarrhea and stomach cramps, per the Times. 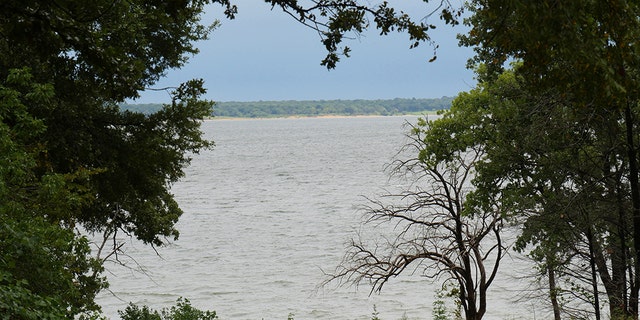 If you’d rather skip water parks and hot tubs and just head for the lake or a dip in the ocean, before you swim make sure you watch for signs the water is unsafe or check the quality of the state’s water quality conditions.
(iStock)

If you’d rather skip water parks and hot tubs and just head for the lake or a dip in the ocean, before you swim make sure you watch for signs the water is unsafe or check the quality of the state’s water quality conditions.

Be extra cautious if there’s a heavy rain because the rain tends to pick up everything in its path, including animal waste, and then deposit the germ-infested poop as it drains into places where people frequent in the water, per the Times.

And if you have any open wound on your skin, it may be a good idea to steer clear of the ocean.

A serious, but rare, bacterial infection from a flesh-eating bacteria called vibrio vulnificus can cause soft-tissue infections often during the summer months in the Gulf of Mexico in patients with open skin wounds, said Dr. Marirose Trimmier, associate professor of family medicine at the University of South Alabama College of Medicine.

“The rule of thumb is, if the water looks murky, don’t swim in it,” said Dr. Allen Perkins,  professor of family medicine at the University of South Alabama College of Medicine.

Bulgaria to send 350 soldiers to border with Turkey over migration…

Caroline Flack’s friend: ‘If you’ve got…

COP26: Sparks fly over loss and damage from climate change…