White House says 1.6 million monkeypox vaccines will be available by the end of the year

Monkeypox: What you need to know

Johns Hopkins Center for Health Security senior scholar says what people should do if they contract the virus on ‘Special Report.’

About 56,000 doses of the Jynneos monkeypox vaccine are being sent to clinics around the United States right now, and another 240,000 will be on the way in the coming weeks, the Department of Health and Human Services announced Tuesday.

“While monkeypox poses minimal risk to most Americans, we are doing everything we can to offer vaccines to those at high-risk of contracting the virus,” HHS Secretary Xavier Becerra said in a statement. “This new strategy allows us to maximize the supply of currently available vaccines and reach those who are most vulnerable to the current outbreak.”

Another 750,000 doses will be made available over the summer, followed by another half a million doses later this year, HHS said. 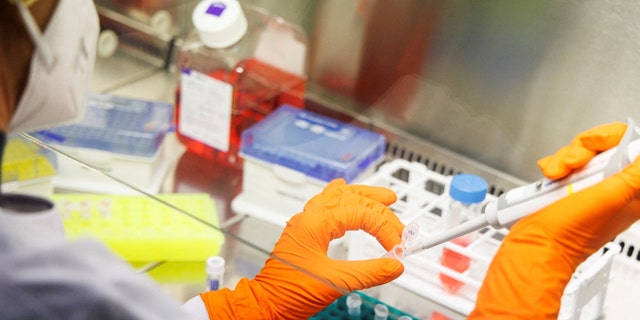 Bavarian Nordic is the only one in the world to have approval for a smallpox vaccine called Jynneos in the U.S. and Imvanex in Europe, which is also effective against monkeypox.
(REUTERS/Lukas Barth)

The vaccines will initially be available to those most at risk, including men who have sex with men and individuals who have recently had contact with someone who has monkeypox.

WHAT TO DO IF YOU GET MONKEYPOX: SYMPTOMS, VACCINATIONS AND TREATMENTS

New York City and Washington, D.C., were the first two big cities to start offering monkeypox vaccines in recent days, but health officials said they were already out of supply.

The U.S has reported 306 monkeypox infections since the first case this year was found in Massachusetts last month. California has the largest outbreak with 66 cases, followed by New York with 63 and Illinois with 45, according to the CDC. 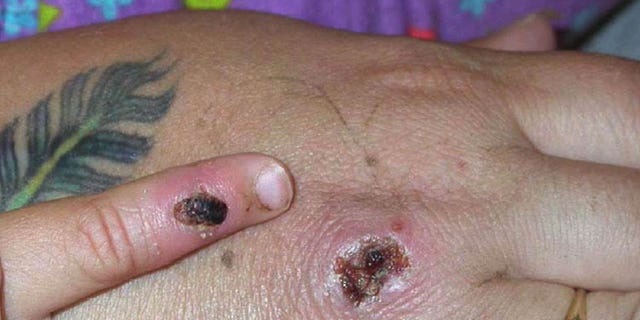 In this Centers for Disease Control and Prevention handout graphic, symptoms of one of the first known cases of the monkeypox virus are shown on a patient’s hand.
(CDC/Getty Images)

The Jynneos vaccine requires two doses administered four weeks apart. The U.S. also has 100 million doses of the older ACAM2000 vaccine, but it is not recommended for everyone due to potentially serious side effects.

The CDC also said Tuesday that it is activating the Emergency Operations Center in response to the outbreak.

“This action stands up the CDC’s command center for monitoring and coordinating the emergency response to monkeypox and mobilizing additional CDC personnel and resources,” the CDC said.

Europe’s gas prices have broken a new record. How high can they…