Pound plunges as Bank of England resists pressure to raise…

Gestational diabetes is on the rise: Here are nutrition tips…

Fox News medical contributor Dr. Marc Siegel reacts to the US response to the monkeypox outbreak and the groups most at-risk

As the latest updates on COVID-19, the monkeypox virus, polio and other health concerns and issues continue to circulate, one doctor pointed out that health care is very much like a product.

Dr. Alexander Salerno, an internist in New Jersey, told Fox News Digital, “If you don’t trust the seller or the product, why would you buy it?”

He told Fox News Digital that trust is the “glue” between doctors and patients — especially in underserved communities.

MONKEYPOX: WHAT YOU MUST KNOW ABOUT THE VIRUS AND HOW TO PROTECT YOURSELF

“Less trust leads to patients not complying with treatment or screening recommendations, and that in turn leads to reactive health care, as opposed to preventive care,” he said. 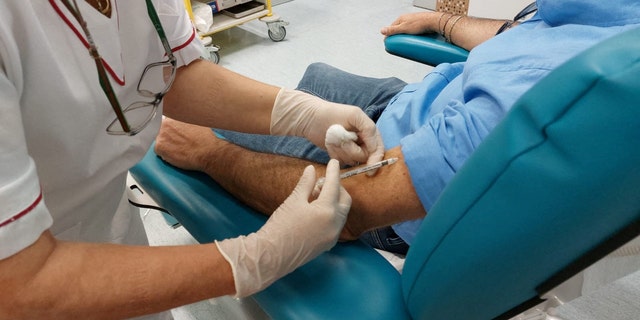 An Italian resident is vaccinated with the Jynneos vaccine at Spallanzani Hospital, as Italy begins a vaccination campaign against monkeypox. Photo taken in Rome, Italy, on August 8, 2022.
(Spallanzani Hospital/Handout via REUTERS)

Many working Americans have limited paid time off to go see the doctor, he said, so when this is combined with “customer service that’s often indifferent on good days,” some people don’t seek health care services until they can’t avoid it, Salerno said.

He said making care not only more accessible but also “less of a chore would go a long way toward increasing trust.”

In the infamous Tuskegee experiment, the federal government let a group of Black men in rural Alabama go untreated for syphilis for 40 years for research purposes.

Some doctors and medical professionals also believe that knowledge of the infamous Tuskegee experiment ever since 1972 continues to have impacts today.

This year of 2022 is the 50th anniversary of when the public first learned that the federal government denied a group of Black men with active syphilis the proper treatment for the disease.

The reason the treatment was withheld? To discover how the infectious disease would naturally progress in the human body over 40 years.

On July 25, 1972, the Associated Press broke the news that “rocked the American medical establishment,” as the AP itself noted. 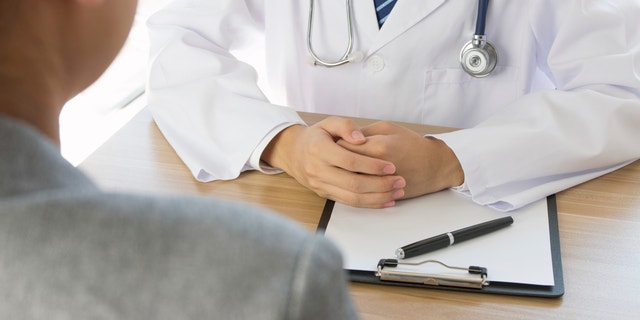 Doctor and patient sitting together.
(iStock)

The federal government, reported Jean Heller of the AP, had let hundreds of Black men in rural Alabama go untreated for syphilis for 40 years for research purposes.

The men filed a lawsuit that resulted in a $9 million settlement, and then-President Bill Clinton formally apologized some years later — on May 16, 1997, to be exact.

Still, the study is routinely cited as a reason some African-Americans are reluctant to participate in medical research, or even go to the doctor for routine check-ups.

WHY THERE’S COVID-19 VACCINE SKEPTICISM IN THE BLACK COMMUNITY

“In the context of the history of the end of the famed Tuskegee experiment, Black and Brown citizens are reticent to participate in clinical trials and often delay critical care for curable diseases to the point that few if any option are available by the time they present,” Dr. Christopher L. Edwards, retired associate professor of medicine at Duke University, told Fox News Digital recently.

In 1932, the U.S. Public Health Service started a study on Black men from an area in Tuskegee, Ala., with the highest rate of syphilis at the time, according to the Centers for Disease Control and Prevention (CDC).

“It was originally called the ‘Tuskegee Study of Untreated Syphilis in the Negro Male’ (now referred to as the ‘USPHS Syphilis Study at Tuskegee’),” the health agency said on its website.

Left untreated, syphilis can have serious complications, including organ damage.

“The study initially involved 600 Black men — 399 with syphilis, 201 who did not have the disease,” the CDC added, but the “participants’ informed consent was not collected.”

Left untreated, syphilis can have serious complications. The complications include causing organ damage in the brain, nerves, eyes, heart, blood vessels, liver, bones and joints, according to the Mayo Clinic.

The study done in Tuskegee is “one of the prime reasons why people in minority communities remain distrustful of doctors and of public health efforts, such as COVID-19 vaccines,” said Dr. Edwards. 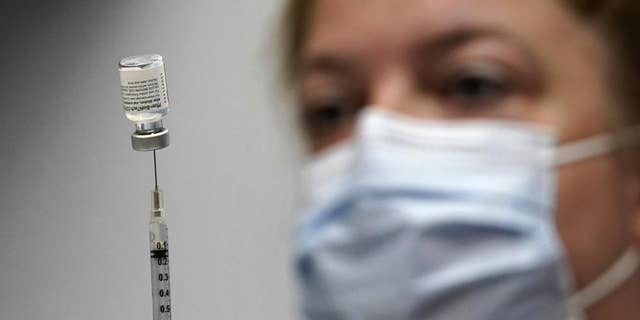 “Health disparities are the manifestation of purposeful or ignorant differences in clinical outcomes based on clinician and patient characteristics,” Edwards also said.

He is a national expert on factors that influence health outcomes among minority and Black populations and founded the Urban Healthcare Initiative Program, a community-based health and education provider.

“Without trust, patients have little reason to follow their doctors’ advice. It’s not hard to see why that is worrying.”

“When known differences in outcomes are not addressed, those most effected negatively codify a historical distrust in the physician and the institution of medicine.”

The COVID-19 pandemic, with the often inconsistent public health messaging, worsened the issue of trust in the medical profession, suggested Dr. Salerno. 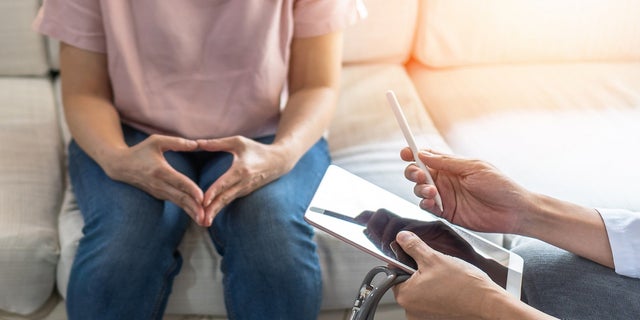 “Contrast that with how HIV had a relatable ambassador, like Magic Johnson — and you see the value of consistency and lowering the volume of fearful talk,” Salerno noted.

But ambassadors can be “a pastor or a hairdresser” or other everyday people, because “talking knowledgeably about diabetes or other chronic conditions” from people from relatable backgrounds has real value, the internist said.

“People literally trust doctors with their health and their lives,” Salerno said.

“Without trust, patients have little reason to follow their doctors’ advice. It’s not hard to see why that is worrying.”

The Associated Press contributed reporting to this story.