A man who stabbed people at random, killing one and seriously injuring seven others, has been sentenced to life with a minimum of 21 years.

Zephaniah McLeod carried out the attacks within 90 minutes in the early hours of 6 September last year, as people were enjoying a night out in Birmingham. 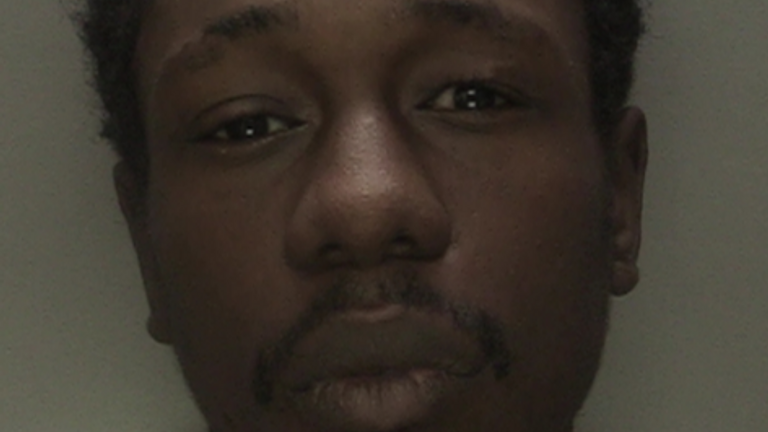 McLeod pleaded guilty to manslaughter on the grounds of diminished responsibility, as well as four charges of attempted murder and three charges of wounding with intent.

He was sentenced at Birmingham Crown Court.

The judge said the 28-year-old was a “significant risk” to the public and ordered him to be detained, initially at Ashworth psychiatric hospital.

He told McLeod that his victims “gave you no offence and they were chosen at random”.

“Wherever possible you aimed your knives at your victims’ necks,” he added.

McLeod was suffering from paranoid schizophrenia at the time and was “well-known” to mental health services.

However, the judge said he got “lost in the system” after being freed from prison during the COVID lockdown in April 2020.

After the first three stabbings, McLeod disposed of his knife down a drain, took a taxi to his home in Selly Oak four miles away, re-armed himself and headed back into town.

It was then that he came across Jacob Billington, 23, from Liverpool, and his friend Michael Callaghan.

They were part of a group of seven friends returning to their hotel after a night out.

McLeod asked the group if they had a lighter before attacking them.

Mr Billington was stabbed through the neck. He was rushed to hospital but pronounced dead at 2.57am. 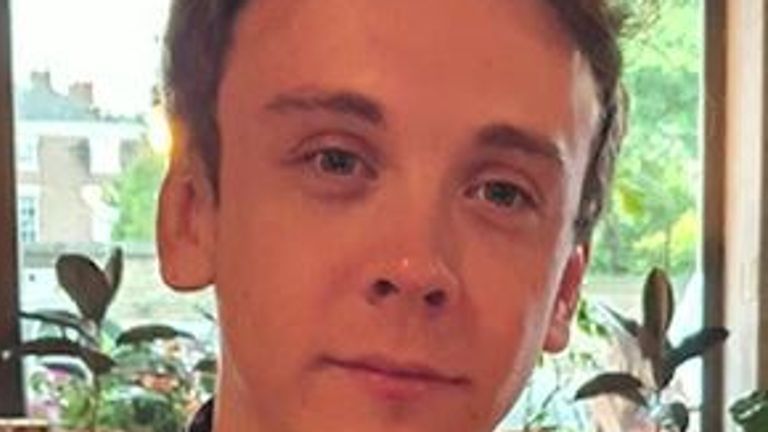 His mother, Jo, had last seen her son as he left to celebrate a friend’s birthday.

“I can still see him leaving the house with the lads in the car outside beeping the horns getting him to hurry up, and he skipped out, and we just thought he was going for a lovely night out with his friends,” she recalled.

She was woken in the early hours by police knocking on the door to tell her that her son had been killed.

“It was absolutely awful. You feel like you had all the breath sucked out of you is the best way to describe it,” she said.

She then had to wake his sisters to tell them. 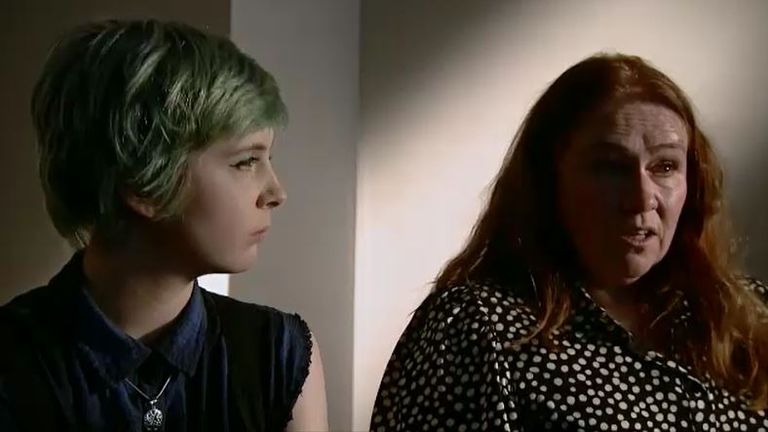 Abbie Billington, 22, remembered the moment she found out her brother was dead.

“There are just no words to describe the sadness that I felt,” she said.

Mr Callaghan suffered catastrophic injures . McLeod’s knife severed his jugular vein and carotid artery. He lost so much blood he had a stroke. 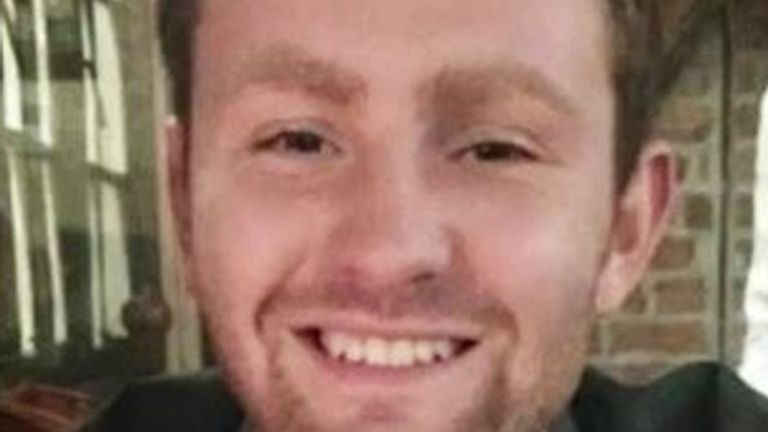 His mother, Anne Callaghan, was woken by a call from the hospital.

“We were called in the morning about 5.30am by a nurse to say that he was in theatre, and he was stable, and obviously that was terrible to hear.

“We didn’t know what she was talking about, and I said, ‘what’s happened?’ She said, ‘he’s been stabbed’. I couldn’t grasp it at all.”

They travelled to Birmingham and were told that if he survived, he would have life-changing injuries.

It was 10 days before they were confident he would make it. 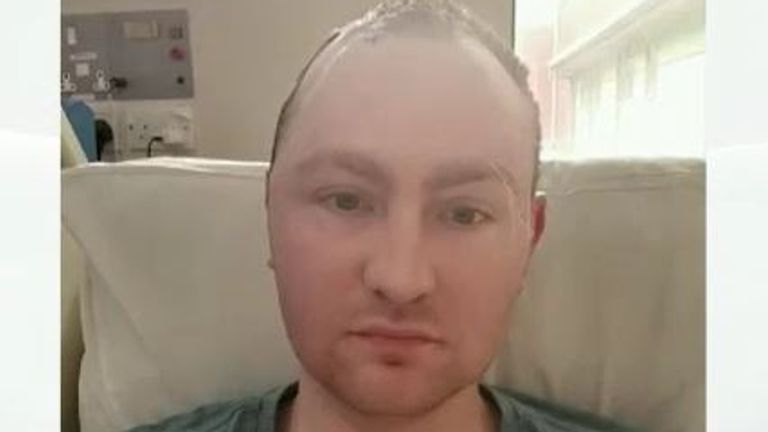 Before the stabbing, Mr Callaghan and Mr Billington were in a band.

They both loved music, and the former enjoyed sport too. But over the last 14 months, he has had to relearn to walk and still can’t use his left hand.

His mother said life is difficult for her son, who is mourning the loss of his best friend.

“Michael is just devastated at the loss of Jacob,” she said. “They were totally on the same wavelength, and you know he misses him every day.”

The court heard McLeod had been suffering with paranoid schizophrenia since 2012.

He had previous convictions for robbery, escaping from lawful custody, possession of a firearm in a public place and possession of class A drugs.

He had spoken to a psychiatrist on the phone on 3 September, days before the attack. 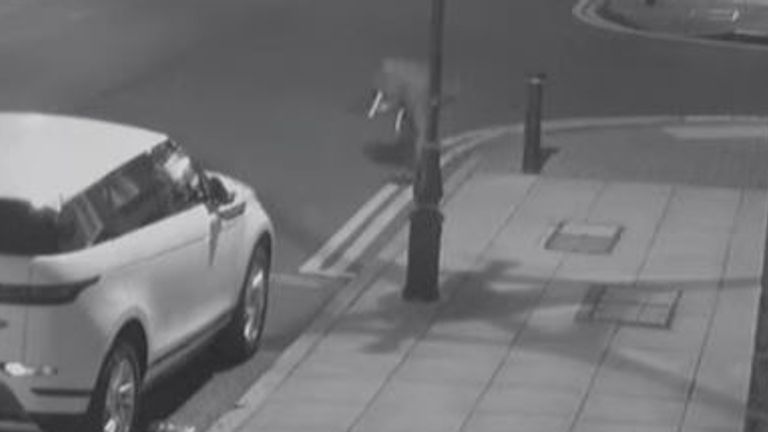 “On release from prison in April 2020, we were unable to make contact with him as we were not informed of his whereabouts. I spoke to Zephaniah briefly on the phone whilst he was with his care coordinator…” Dr Ezzine Onuba, the psychiatrist, wrote in a statement.

“Zephaniah continues to hear voices which he told me is there all the time and can be distressing.

“It was difficult to do a full assessment. He was due to be seen face to face on 24 September 2020.”

Superintendent Jim Munro told Sky News: “He wasn’t under any licence conditions and actively being managed, so he’d come back out having served his sentence.”

Mrs Callaghan believes he should never be released.

“All I want is for him to be off the streets because I don’t think he can be ever trusted again,” she said.

“He’s not answered any questions, he’s not talked about it, we don’t know anything about why he did what he did. How can anybody say he’s safe again? I don’t think anybody can.” 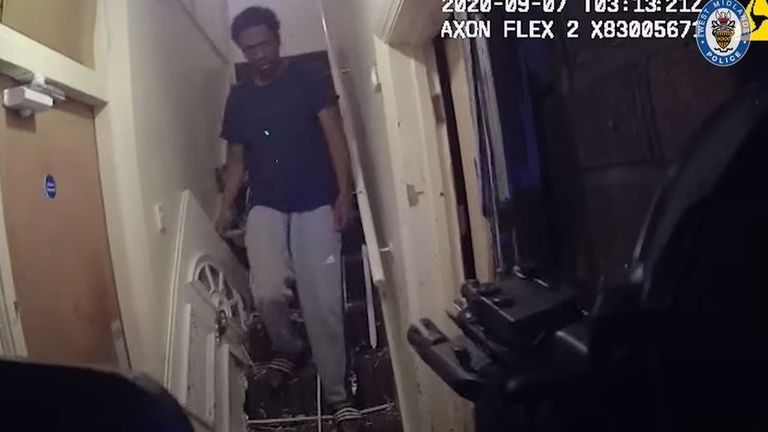 Mr Billington’s mother says she believes mistakes have been made by the authorities and hopes a serious case review into the agencies that were aware of McLeod will provide answers.

“For me, there’s quite a lot of unanswered questions about what happened on that night,” she said.

“And what led up to that night in terms of… this was somebody well known to lots of different agencies in many different sectors, and yet still it appears that he was in a position where he did this.

“The fact that he didn’t appear to have been monitored in the way that you would imagine he would.

“As somebody who was known to be dangerous and had a long previous history of being dangerous, had a known mental health condition, none of which seems to have been taken into account at all in terms of how he was monitored.”